Carberry Motorcycles is a custom builder that was originally based out of Australia and has dabbled with modified Royal Enfield’s in the past. To look at capitalizing on the booming Indian two-wheeler market, the company shifted base to India in 2016 after Paul Carberry formed a partnership with Jaspreet Singh Bhatia from Chhattisgarh, and now they have revealed a 1000 cc V-twin engine that fits into a Royal Enfield motorcycle.

The assemblage is essentially two Royal Enfield 500 cc engines that have been fused together and feature a modified crankcase with a reworked crankshaft in order to deal with the increase in power. The brand has also carried out numerous other modifications to the engine in order to ensure that it runs smoothly and delivers a high level of reliability as well. Incidentally, this engine is being made at a facility in Chhattisgarh. 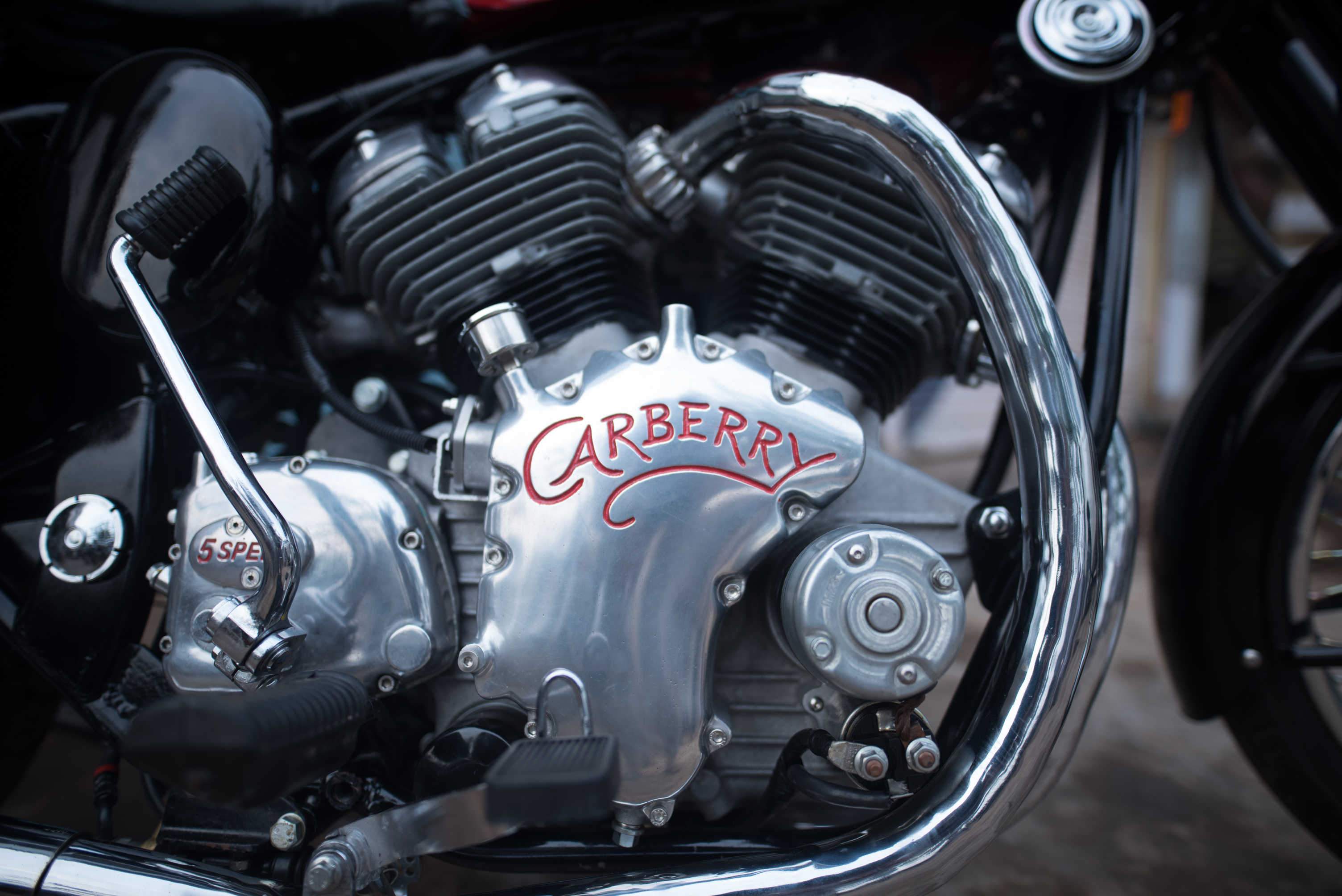 Pairing beasts
The engine is mated to a five-speed gearbox and the clutch has been redesigned to handle the extra load and power that the 1000 cc mill delivers. While Carberry has been tight-lipped about the exact power and torque figures, the engine is expected to be quite powerful. Designed to slot right into a Royal Enfield, this engine is priced close to `5,00,000 and is now available for booking.

Having said that, the engine itself is not for sale separately at the time as only the whole bikes have cleared homologation. To make things easier, the company is looking at getting clearances from ARAI to reduce the waiting period and deliver the machines faster. A complete bike is expected to cost close to `7,00,000 (not including taxes).