HELD once every two years, the Auto Expo is a gala event where all the automotive manufacturers display their upcoming cars and concepts. Future trends in the industry are also part of the package and auto enthusiasts from far and wide travel to Delhi to witness the action unfold. This year, the Expo did see a few manufacturers stay away, however, there were some great machines on display and undoubtedly the Tata Motors H5X, Kia Motors SP Concept, and the new Honda Amaze stood out from the rest.

Kia Motors SP concept
The brand is already in full swing to set up their manufacturing facility in India. In fact, from what we got to hear, they are two months ahead of schedule and the first vehicle that they plan on rolling out is an SUV based on the SP Concept. Like the Tata H5X, this concept too is nearly production ready and will compete in the same segment of five-seater SUVs. It boasts of an aggressive design and cutting-edge technology and with Kia being a sub-brand of Hyundai, we expect it to get the same engine options as the Creta. 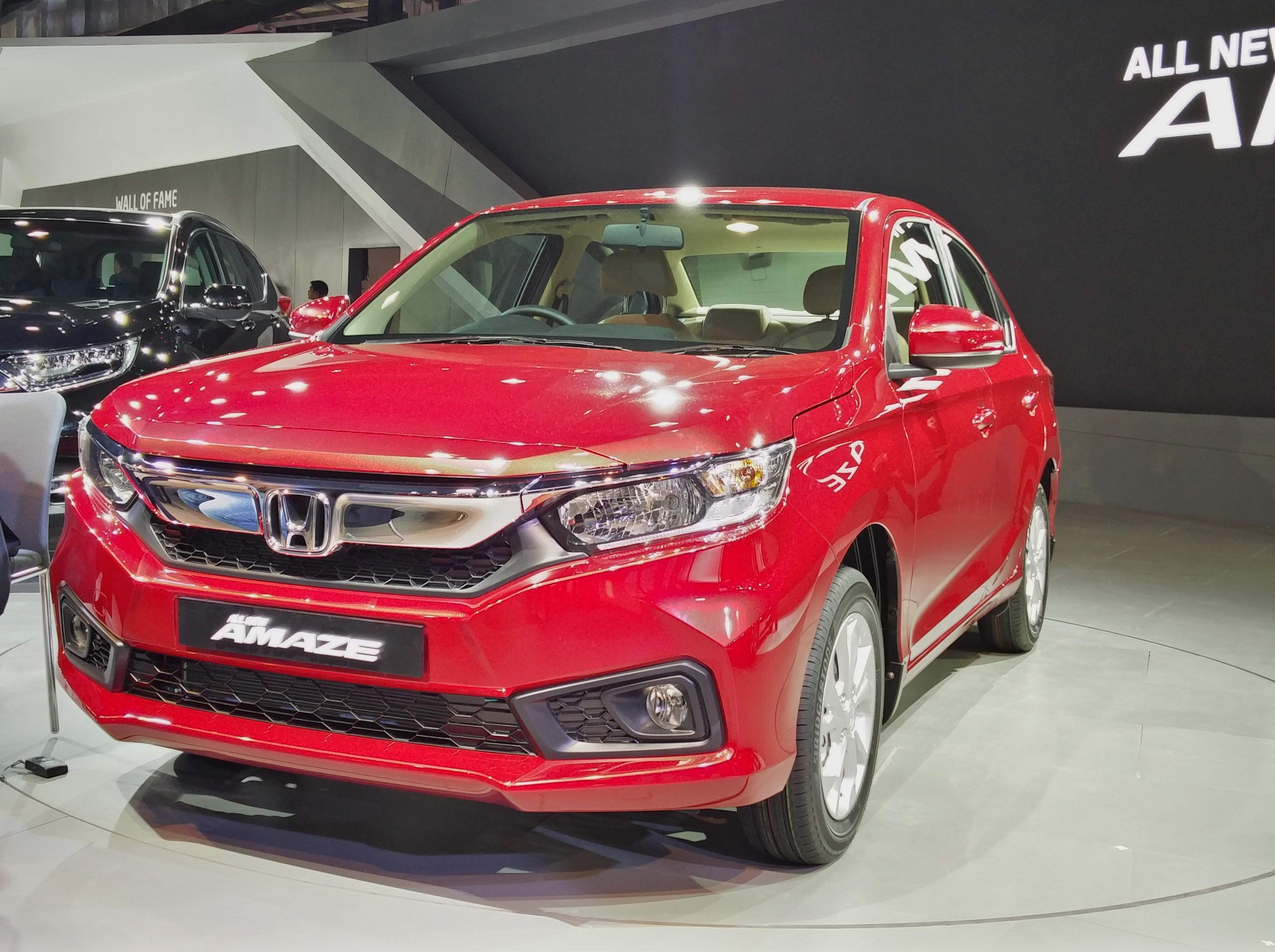 It has been a while since Honda launched a car that created such excitement amongst auto enthusiasts, and it was a bit of a surprise as well. The all-new Honda Amaze is built on a new platform and boasts of a retro-inspired sporty design. The car looks absolutely stunning with the designers getting all the proportions just right. Its interiors have been spruced up as well and it no longer looks like a Brio with a boot! The engine options from the existing model will most likely be carried over and the car is set to launch in India during the financial year 2018-19. The H5X isn’t just the vivid imagination of its designers. This sleek, new SUV is almost ready for production and will launch in the fourth quarter of this financial year. Based on a new platform, this vehicle boasts of Tata’s stunning Impact 2.0 design philosophy. The production model is expected to get the same 2.0-litre Multijet engine that powers the Jeep Compass and will be launched with a choice of manual and automatic transmission options. Expected to be competitively priced, the H5X is a five-seater SUV that will be pitted against the Hyundai Creta.