The compact sedan segment was literally created due to a Government ruling where they stated that a small car must be 4000mm or shorter and have a petrol engine that doesn’t exceed 1.2 litres in capacity or a diesel motor that doesn’t exceed 1.5 litres in capacity. The first batch of compact sedans that came out was downright ugly. The integration of a boot on what was otherwise a hatchback design didn’t quite work and they all looked notchy and boxy. Changing all that is the 2nd generation Amaze, which not only looks good, but also brings about a touch of premium class to the segment.

Maximum space
The new Amaze has rather unorthodox looks that seem to be inspired from retro American muscle cars. The flat front, large chrome bit across the grille, flat hood and chiselled rear give the car a rather sporty appeal. Despite the compact dimensions, the designers have managed to get the car to look proportional from all angles as well. 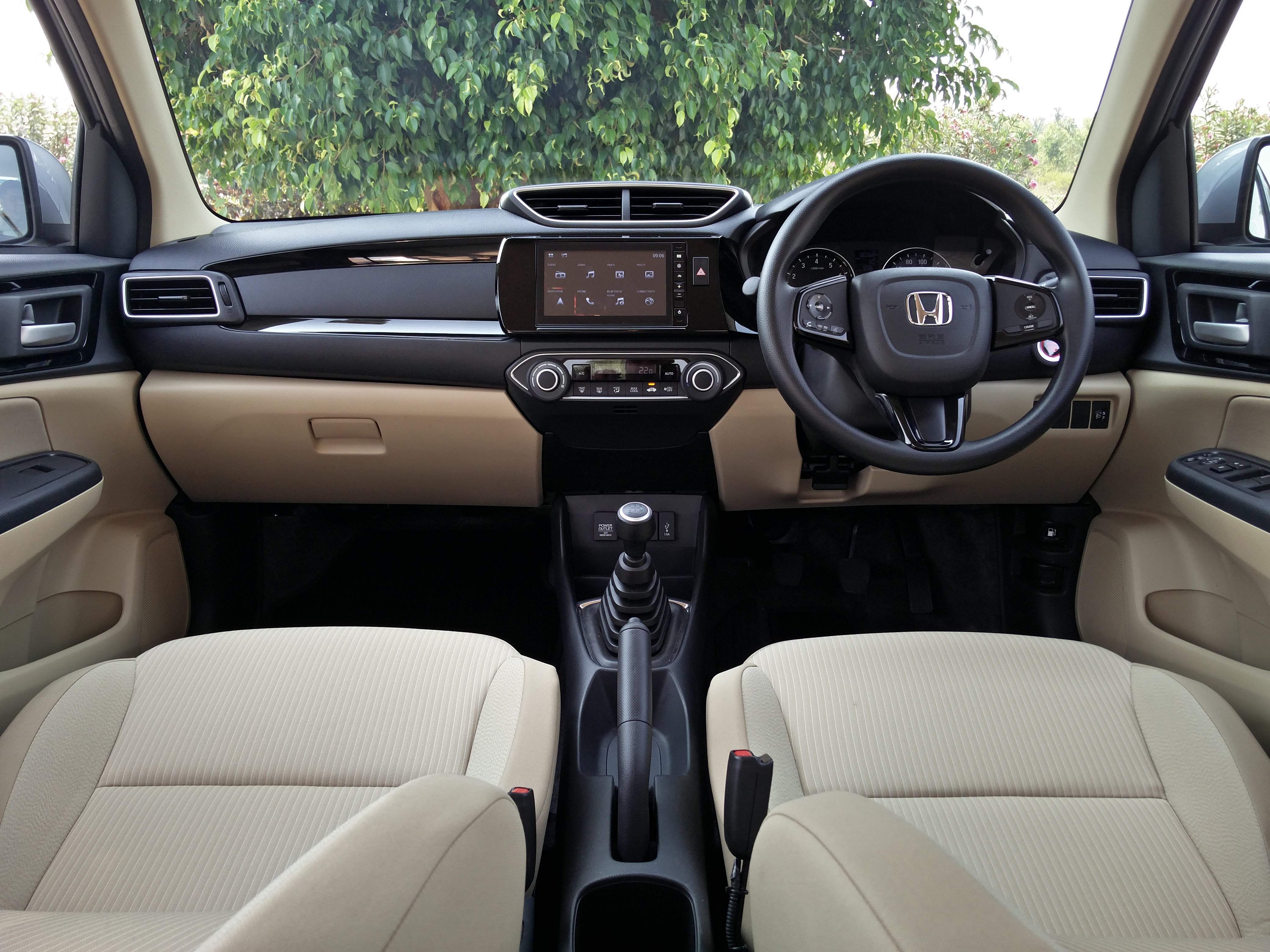 Luxe cabin
Unlike the older variant, this new one boasts of a rather plush cabin. There is enough space on board for four adults to sit comfortably, the dashboard and centre console looks great and upmarket. You also get a host of creature comforts on board which includes a touchscreen infotainment system that caters to all your connectivity needs.

Practical power
The sedan will be offered with both petrol and diesel engines. The 1.2 litre i-VTEC petrol engine delivers 90 PS of power and 110 Nm of torque and will be available with a manual gearbox as well as a CVT variant with paddle shifts. The diesel-powered automobile gets the 1.5 I DTEC engine that delivers 100 PS of power and 200 Nm of torque on the manual variant, while the CVT version will have a slightly detuned 80 PS and 160 Nm of torque. All the variants are touted to be very fuel efficient, yet offer a sporty drive feel, which the cars did live up to.

The verdict
The manufacturer has reimagined the Amaze and the result is a car that delights on just about every parameter.  They have managed to deliver a car that lives up to the legendary brand name as it offers what has been missing in past Honda products—a fun drive that is frugal as well. Expect the Amaze to be priced rather aggressively, and be rest assured you will see a lot of them on the road.

*Expected to be priced between `6-8 lakh