There seems to be no stopping the Silver Arrows’ dominance and showboating — as their W11s numbered 44 and 77 glided in synchronised formation on the victory lap at San Marino in Italy! When Formula One ushered in an era of Turbo Hybrids in 2014, no one expected such dominance from one team. Scuderia Ferrari ran the Germans quite close for the 2017-18 seasons, but four-time World Champ Sebastian Vettel’s form and temperament dipped when it mattered most, against Lewis Hamilton.

Vettel and Hamilton debuted the same year and progressed to title-winning machinery early in their careers. Both seized the opportunity wholeheartedly and etched their names into the record books forever. After almost 14 seasons at the highest level of circuit racing, it’ll be interesting to see how both of them bow out. 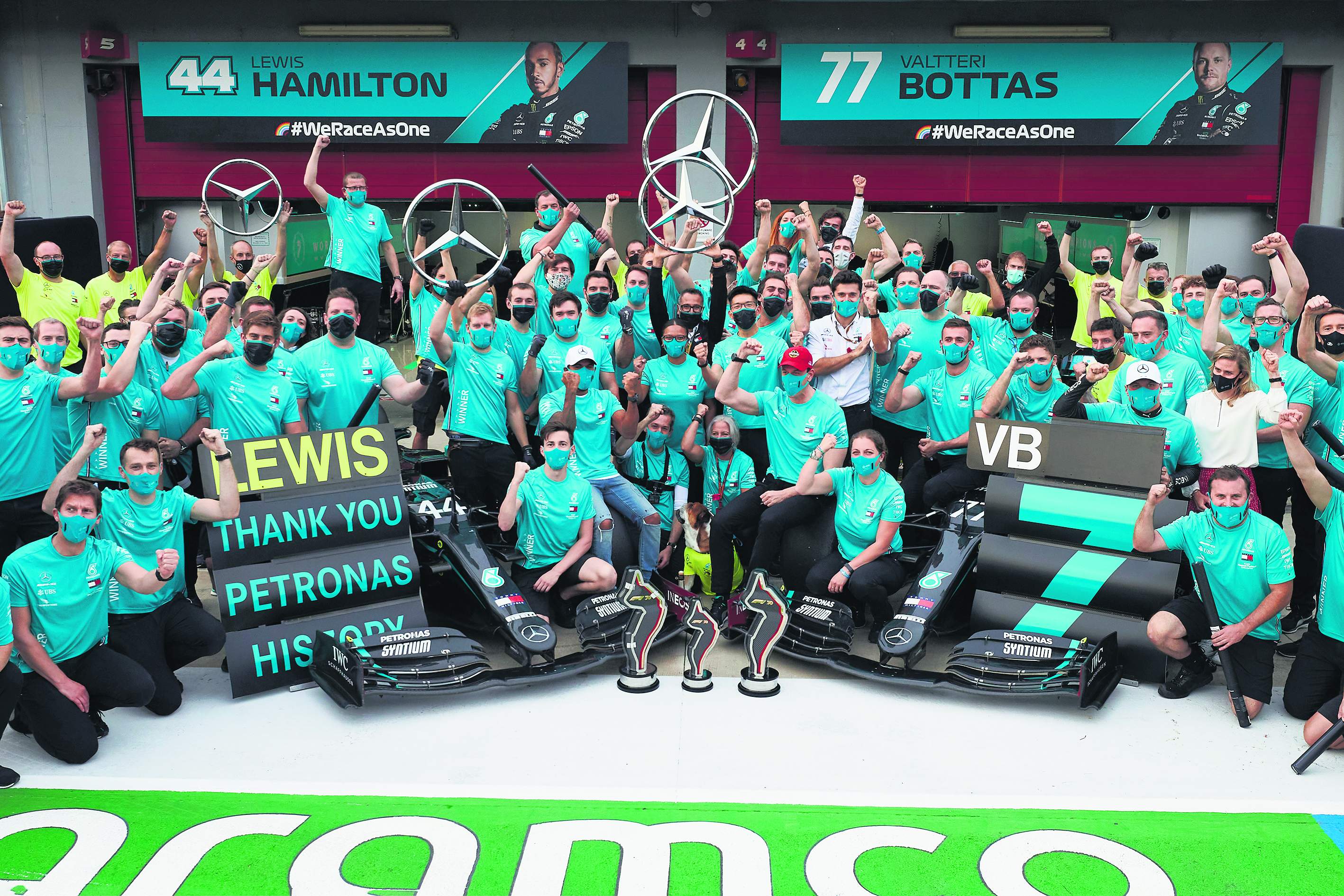 The German has already been dropped by Ferrari for Carlos Sainz. The Briton, on the other hand, has been unclear about his future plans, having not re-signed with Mercedes yet. Last weekend, Hamilton equalled another Schumacher record for 72-wins-with-a-single team! And with just four rounds remaining and an 85 point buffer to Bottas, it’s only a matter of days before he equals Schumacher again for a seventh title!
At Imola, Bottas was supreme at qualifying and snatched pole from Hamilton by 0.1 seconds! But at the start, Hamilton lost even P2 to Max Verstappen with a surprisingly poor getaway. Max slipping into P2 behind Valtteri meant the Finn and Mercedes were obliged to now cover Red Bull’s race strategy. This left Hamilton out in free air to decide his stint length and work the overcut.

Is this a period in Hamilton’s career where he’s added disguise and cunning to his race-craft? Or was it just a coincidence in plan coupled with a lucky Virtual Safety Car timing, we’ll never know! ​What we do know is that once Verstappen suffered a high-speed puncture and crashed out from P3, the unnecessary call by Racing Point to pit Sergio Perez for fresh soft tyres cost the Mexican a podium! This gifted the honey badger — Daniel Ricciardo and Renault another podium, and an unforgettable celebration where Hamilton sportingly drank champagne from the Aussie’s shoe!