An emotional, unexpected outcome, to an otherwise almost predictable procession with Hamilton at the helm of it all, was exactly what Formula 1 needed. For the first 18 laps, it was a familiar sight with the
world champion building up a huge gap to the second and third place cars. But, unusually it wasn’t of the
other Mercedes and Red Bull. Instead, it was McLaren’s Sainz and Lando Norris in the running for podium positions.

Valtteri Bottas had made a disastrous get away from the front row and fell back to sixth place by the end
of the opening lap! Max Verstappen too failed to make an impression on any of the front runners. His Red Bull Racing Honda proved uncompetitive after the new ruling on engine modes was introduced in Monza. He eventually retired the car with engine issues. But up ahead, the same spec Honda engine in the B team’s Alpha Tauri chassis was on song. 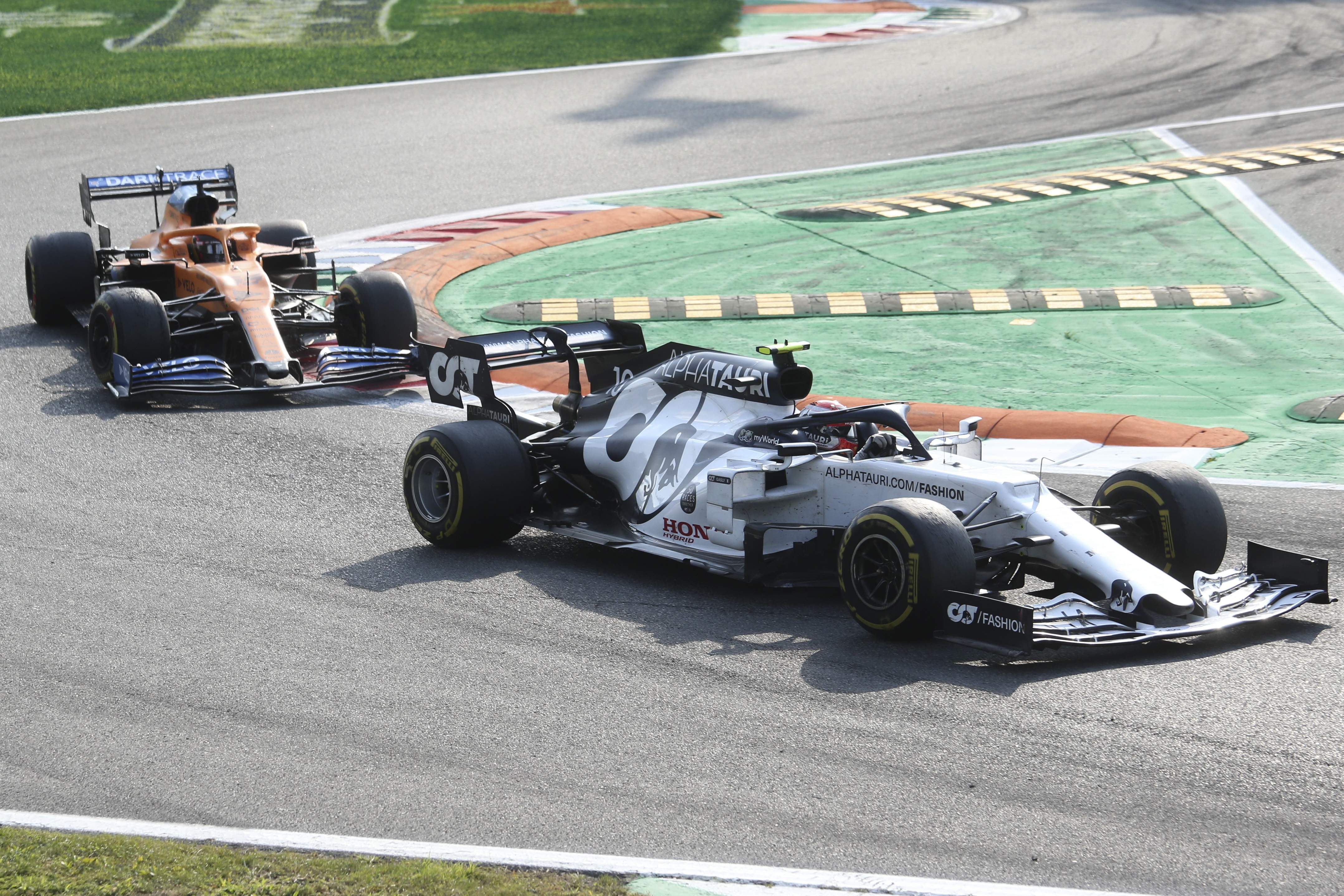 Pierre Gasly has had a rollercoaster F1 career in just under 30 months. He’s been promoted to Red Bull and demoted from them for unimpressive performances. And in his ‘demotion’ however, he managed a spectacular podium place in Brazil last season and now, a shock victory. It was 12 years ago, Alpha Tauri then badged Scuderia Toro Rosso, recorded its first and only win at the hands of a young Sebastian Vettel. Does Pierre’s sequel win for the team ominously mark the arrival of a new prodigy and the departure of Vettel from F1?

It was the German’s teammate, Charles Leclerc, who crashed heavily and brought out the red flags, suspended the race, and changed its outcome. At the restart, Gasly had to be patient as Hamilton dropped from the lead to serve a 10 second stop and go penalty. The Frenchman then disposed of Lance Stroll at the first chicane and drove his heart out during the last laps, even as Sainz’s Orange McLaren loomed large in his mirrors. “I was sideways in every corner, and I could see Carlos slowly closing the gap. I just gave everything I had, and I’m so happy I managed to get my first race win in Formula 1,” reflected the 24-year-old.

Mercedes’ Toto Wolff summed it up best. “This is a loss for Mercedes and a loss for the other big teams. But this is a victory for the sport.” Here‘s hoping for more at Mugello this weekend! The writer is a motorsports enthusiast who will cover the 2020 FIA Formula One® season exclusively for Indulge.