Christmas 2017 special: Have yourself a merry vegan feast

Going vegan just got way cool. Everybody from Ellen DeGeneres to Miley Cyrus is into it. And believe it or not, the term ‘part-time vegan’ is now commonplace thanks to the likes of Beyonce and Jay-Z.That means adopting the diet for anywhere between seven to 30 days or more for a health-conscious cleanse, or these days, merely to keep up with the trend. And what better time to give it a go than Christmas?  Not just in the spirit of love for animals, but if you think ahead of the curve — also as a fastrack to your fitness goals for the New Year.

With over 50 Indian brands like Earth Loaf and Jus’ Amazin catering to everything from vegan chocolate and cheese, nut butters, almond milk, and so on — the movement is fast catching on in the country. Closer home, Chennai recently opened its first completely vegan store, The Earth Story, which shelves everything from dairy free ice cream to mock eggs. We kid you not! 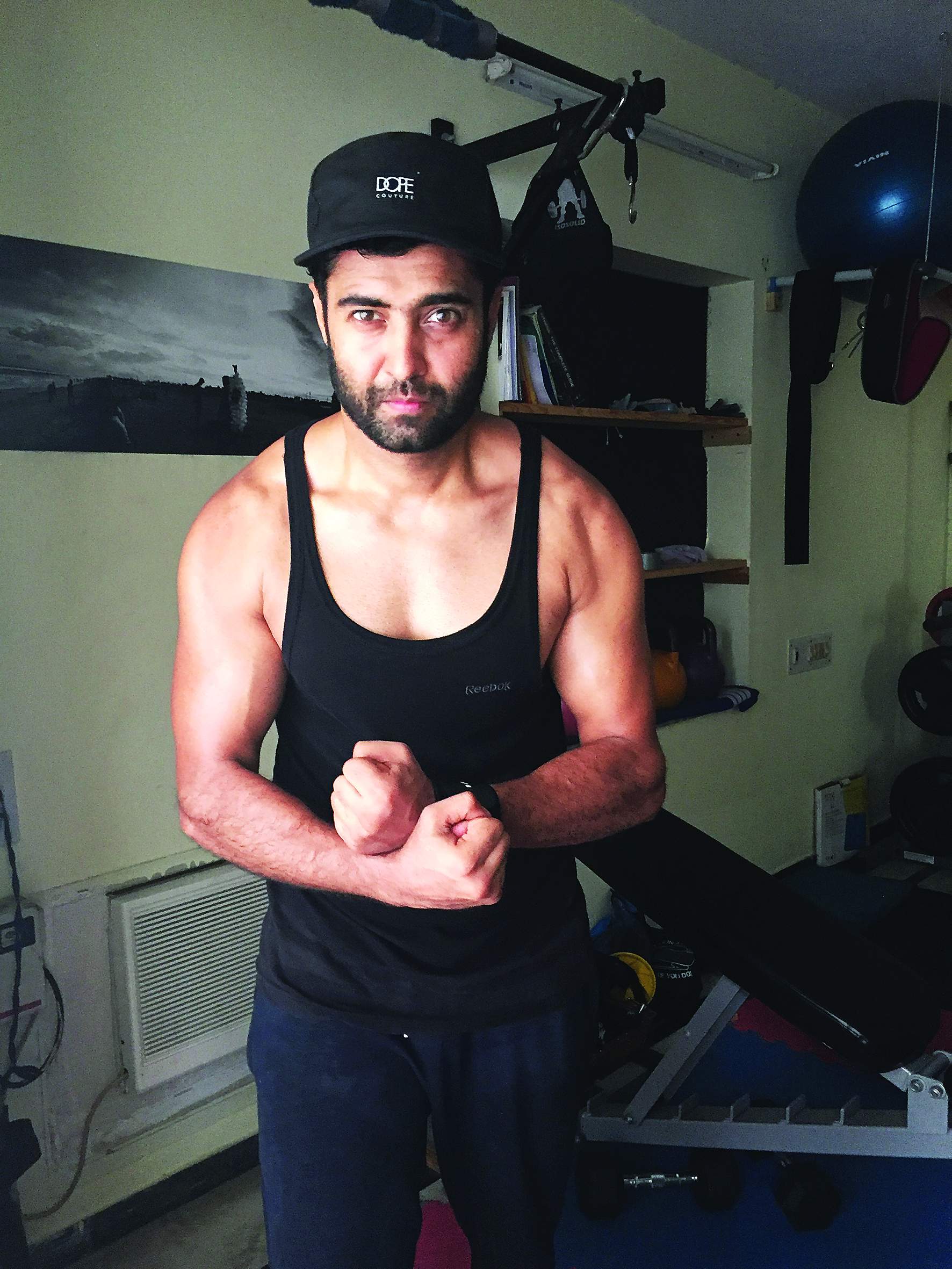 I decided to wean off meat for a bit after a live chicken was cut in front of me at a butcher’s shop. I thought I could last about 10 days, but it has been five years, and my body feels lighter than ever before. Also unlike the past, I never feel sluggish after a meal.

Pot goes the pumpkin
Here’s the honest question from hardcore meat eaters though:  how does one take vegetables — and make them taste better?  The answer, chefs tell us, is to slow roast them with natural spices. This brings out their natural sugars, and caramelises the vegetables, giving them sweet, flavourful tones. To rethink your Christmas feast vegan style, Ajit Bangera, Senior Executive Chef, ITC Grand Chola, suggests your shopping list be themed around English vegetables like cauliflower, parsnips, sweet potatoes and artichokes. Taking it a step further in the spirit of the festivities, he recommends, “One of the few vegetables that you can actually stuff and roast like a turkey is a pumpkin.” Best to pot roast for a steady build of concentrated flavours in one place, he promises, without exaggeration, “I’ve made it myself a few times and let me tell you, it is amazing,” Also, did we mention pumpkin pairs well with the cranberry sauce that is often had on the side of a roast turkey?

If you prefer the mock meat route, which can be picked up off the shelf, and covers everything from tofu (once called ‘small mutton’ by the Chinese)  to faux bacon, there’s much innovation happening on that front as well. Ashley D’Souza, Corporate Executive Chef at Watson’s, Bengaluru, says, “Seitan and soy can be flavoured to imitate any type of meat from chicken to venison.” For avowed meat eaters, it gets better when she adds, “There are even techniques to replicate the texture of the meat, which many chefs have perfected using their signature styles.”

Unfortunately, choosing a diet free of meat and animal products (that means honey as well) does not just mean getting creative in the kitchen. “People are always complaining to me that choosing to go vegan is sort of like being a social pariah,” confides Monica Chopra, who started The Eco Trunk, an online store that caters both vegan food and fashion for those who, like her, found the transition to be difficult for lack of options.

Whether it’s a well-meaning aunt who encourages, ‘Just a little bit of milk, nothing will happen’ or a friend who wants to split a cheese burst pizza — the Mumbai-based entrepreneur admits, “It’s hard.”

Milking peanuts?
Seven years after turning vegan, Monica says she has all her solutions figured out now. “My aunts don’t listen when I go into detail on the moral aspect and philosophy of it — so I just tell them I’m lactose intolerant,” she tells us candidly. She doesn’t miss out on pizzas these days either. “I ask for mine to be made without any cheese, and voila they’re vegan,” Monica says. Now, everyone from her mother to the live-in help at home knows how to whip up a vegan menu. “When I first taught my maid how to milk peanuts and make curd by dropping in a handful of chilli heads (which helps it set) — she looked at me like I was a bit mad,” she recalls with a laugh. But in better health than ever and with “not a single doctor’s visit in two years” — the adjustment period has no doubt been worth it. 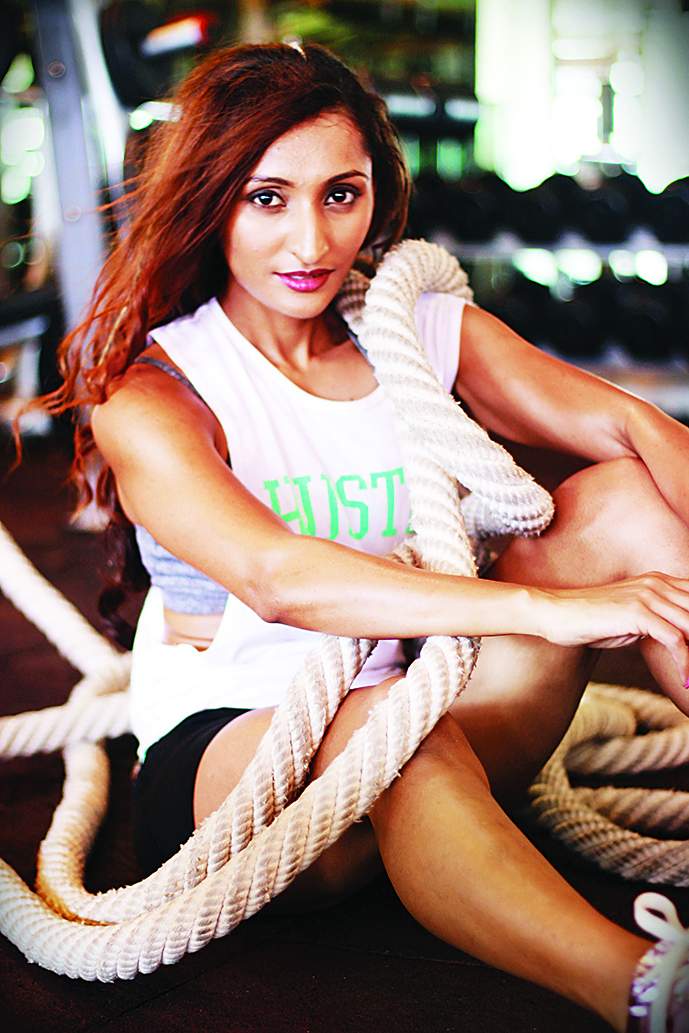 I was on an international trip to Hong Kong, and I binge ate pizza and ice cream for 10 days straight, because I could not find any vegetarian food around. This led to my skin getting extremely bad. Dairy leads to indigestion, and that reflects on your skin. I took up the 21-day no-dairy challenge only to get rid of my acne. There was no looking back from there. My skin got better and I felt an euphoria of energy that I hadn’t in the past. I could lift more weights at the gym, my endurance and stamina got better, and I felt better overall.

In fact, whether your ailment is indigestion or diabetes, or even something as life threatening as cancer — fitness experts like Bengaluru-based body transformation coach Roshni Sanghvi say that dairy and meat are linked to them all. “The body treats meat and dairy as toxic, just like it treats alcohol. And so, has to work extra hard to digest them and remove them from the system,” she explains.

Roshni, who makes a living customising vegan diet plans and exercise routines for clients around the world, lets on that the most common question she gets is, ‘But if you cut out the meat, where do you get your protein from?’ Her response serves up a generous list of options: “Lentils, beans, pulses, greens, fruits, veggies, grains and soy are all protein sources,” shares the owner of two Gold’s gym franchises in South India. Also, she adds cheekily, “If you think about it, have you ever met anyone with a protein deficiency problem?” Now that’s food for thought.

The turkey who lived
Then again, in a heartwarming Christmas tale shared with us by vegan, and former actor Amala Akkineni — one family did find themselves at a loss when they experienced a case of a runaway turkey. “I remember a Blue Cross volunteer who came to my door in tears one Christmas day with a live turkey under her arm. Her family was going to cook it that day and she couldn’t bear the thought,” says the founder of the animal welfare organisation in Hyderabad. The turkey went on to live on Amala’s farm for the next two years, and she recalls, “In that time, I learnt that turkeys are very intelligent creatures with likes and dislikes, just like us.”

Whether it’s the festive season or just a normal day, a spokesperson from PETA India sums it up best when she says, “It is always a good time to be kind.”

If you want to sample the vegan experience without chopping a single vegetable, now you can —thanks to a Cordon Bleu chef! Chennai-based Madhulika Sundaram, who began making house visits recently, caters a menu of your choice, for between four and 10 people, at a week’s notice. “I do French, Continental and Asian,” says the chef, who runs the fine dining space Chef’s Table in Poes Garden. Expect a three to seven-course meal. Rs 3,000 upwards.

If you thought building muscle wasn’t possible on a plant-based diet, body transformation coach Roshni Sanghvi says you couldn’t be more wrong. In fact, she says, “If you follow a vegan diet, you can actually build muscle mass faster!” The coach, who is often spotted pumping iron on her Instagram page elaborates, “When you’re on a vegan diet, the body does not have to work twice as hard at  removing toxins we inject through meat or dairy. So your muscle recovery gets quicker when you train in the gym and this way,  you can train harder. As a result, you build more mass, and faster.”