If you want to get someplace, sometimes the best way is solo. The trend of women travelling alone has seen an unprecedented rise over the past decade — so much that travel agencies such as Wanderlust and The Flapper Life have been focusing solely on curating women-centric trips, while international airlines like Emirates are using female celebrities as the face of their brand, and on the ground, female taxi drivers and guides are now more in demand to cater to tourists, whether in Mumbai or Madrid.

Ahead of International Women’s Day (on March 8), we thought it pertinent to shout-out to one of the biggest game changers for women empowerment in recent times — the trend of ladies around the world not waiting for men to head out on a holiday. As per a Solo Women Traveller Survey conducted in 2013, 84 per cent women claimed to have travelled alone for leisure, business or both. Other indicators of this trend can be found instantly in a search for ‘female solo travel’ on Google Trends, which shows a massive surge of women choosing to embark on solo trips — especially over the past five years, peaking at over 10,000,000 searches last year. Even Pinterest shows  a monumental 350 per cent increase, since 2014, in women pinning solo travel ideas.

So why the rise of the solo female traveller? 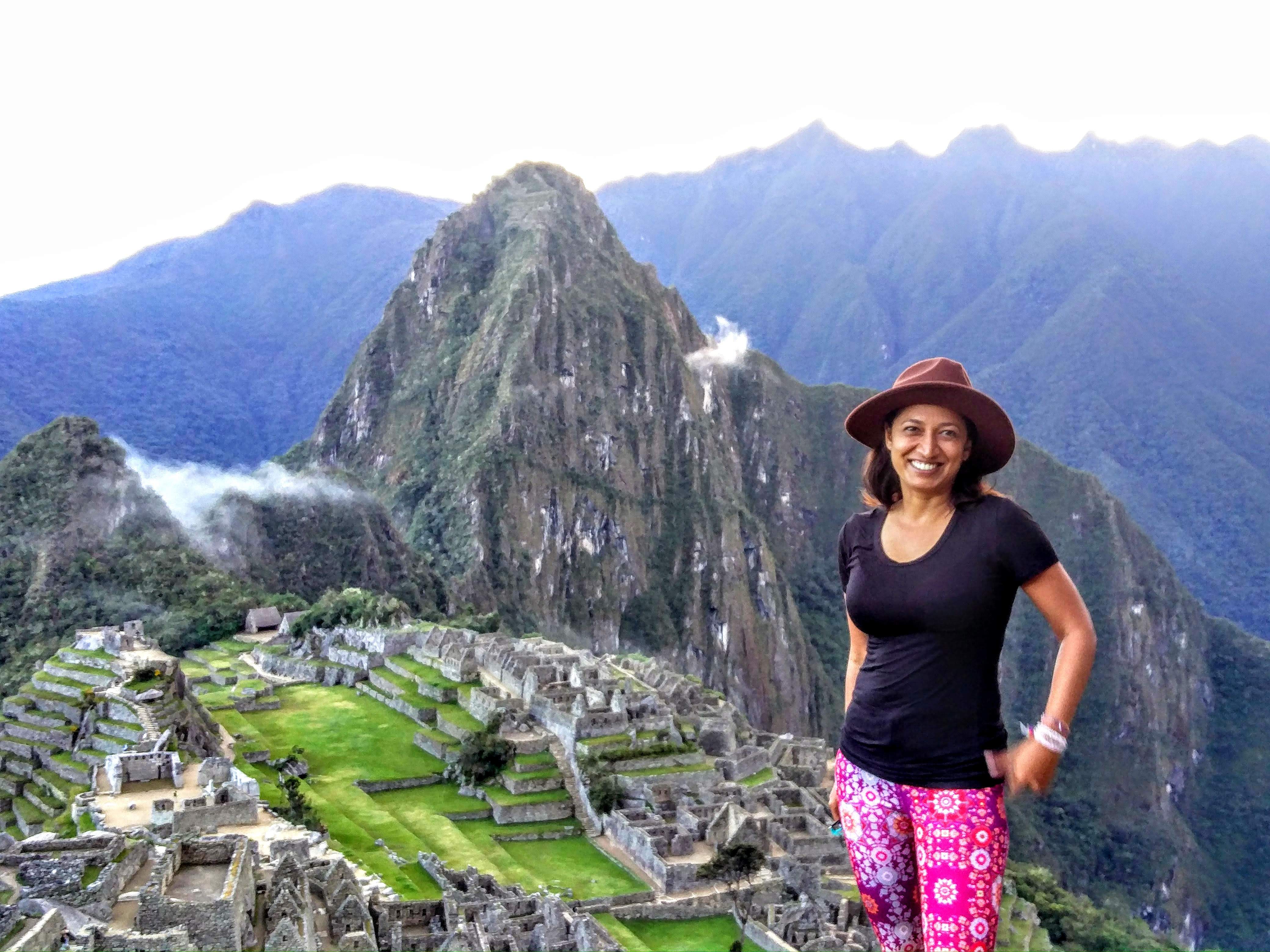 “People always ask me, ‘What changed? Why did I decide, all of a sudden, to go on a solo backpacking holiday?’ Well, the reason I decided to go on a solo travel holiday was that I woke up one Sunday morning and realised that life was passing me by. I was 37-years-old, single and nothing was any different from my 20s. I had to shake things up for myself, otherwise nothing was going to change. I was clear from the start that I wanted to do something that was as far out of my comfort zone as possible, which is why I chose South America. From the language to the food to the people, everything was unfamiliar to me.My first stop was the Atacama Desert in Northern Chile. The first couple of weeks were hard, especially because I did not know the language. Not a soul spoke English. I couldn’t even buy a bottle of water. Eventually, I had to take a crash course in Spanish!

Why, what, where
Self-discovery, the need for a change and conquering fear, seem be the top reasons. “I have a hard time letting myself go, as anxiety gets to me. So, I try to do something new to break through it with travel,” says Sreya Vittaldev, a marketing executive at Swiggy, who took a solo vacation to Vietnam last year. She discovered the experience to be therapeutic, engaging her enough to keep her wits about her, but giving her the freedom to step out of her comfort zone at her own pace. “You’re not obliged to do what everyone wants,” she says, in a matter-of-fact manner.

Rewind to a little over a decade ago, and ironically, what everyone wanted was just the opposite — vacations meant family, group photographs, bundles of kids, lots of shouting and disorganisation, and in some ways, was more stressful than a day at the office. “Fifteen years ago, we announced a group women’s trip to China, and not even one person registered,” recalls Nina Reddy, executive director of Savera, who launched the Duchess Club, a women’s club in Chennai, back in 2002. At the time, she remembers, the concept of bringing together a bunch of strangers who would be meeting for the first time while on holiday was unheard of. “No one knew how to market it or what to expect on the trip,” she explains. But it was only a matter of time before the club organised its first women-only vacation to Mauritius in 2006, and since then, have had 40 more, to date. “Nowadays, we have takers for a minimum of three to four trips a year,” says Rathi Nilankantan, who heads the travel wing of the Duchess Club.

My visit  to Norway was a trip of many firsts — first time crossing the Arctic Circle, first time riding a snow mobile, and first time eating reindeer meat! Travel hacks 101
For foodies: Make friends while you travel, as they can help you pick local cuisine like no one else, and if you are lucky, you can even get treated to some homemade local delicacies.

For solo riders: Instead of a water bottle, pick up a hydration pouch that has attached straws, which allows you to sip on a drink as you drive.

For an SOS: Pepper spray is not allowed while travelling. You can carry a mosquito spray or miniature hair spray, if possible. 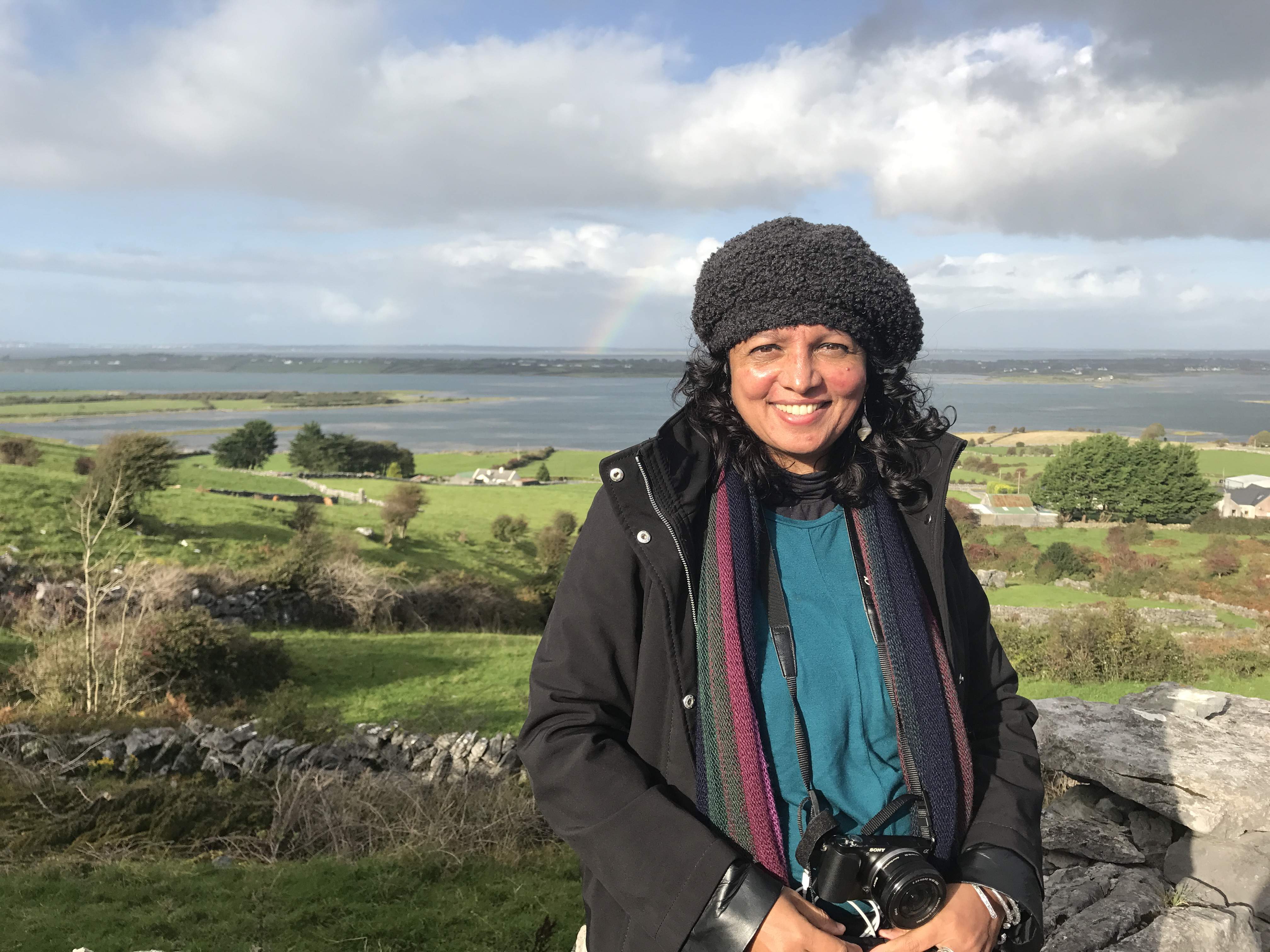 I prefer the official tourism website of the particular destination over any women-only website. Their step-wise itinerary has always helped me cover the maximum number of places in a limited span of time. 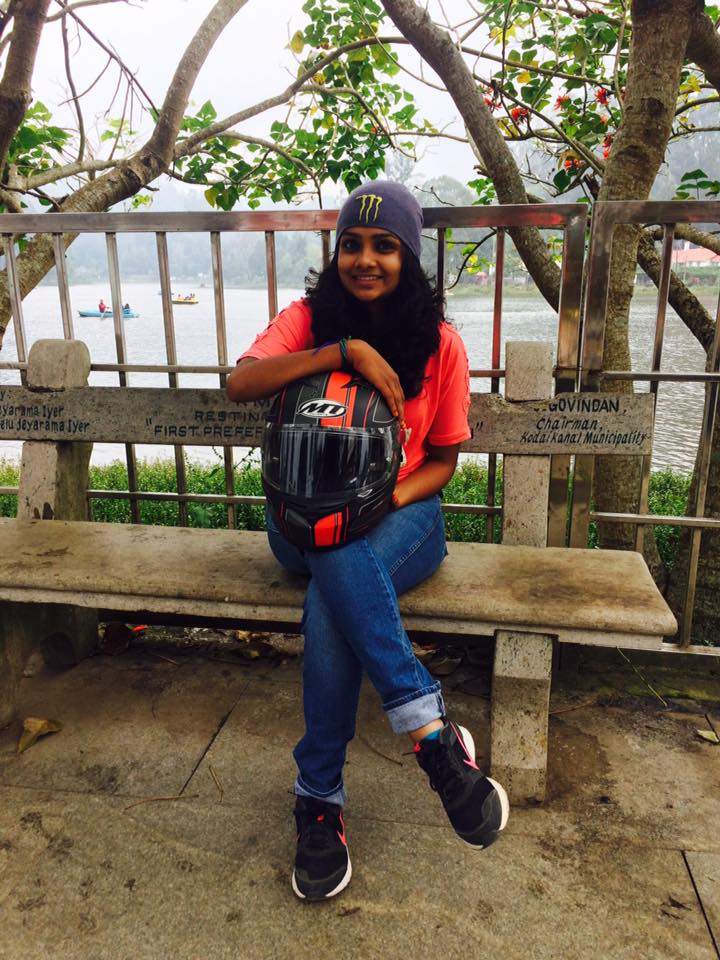 After 50 solo trips, I have to say, my best road trip to date was en route Kerala-Tamil Nadu. I realised I had not seen much of the South Indian states. One of the best stops on the way was the Bekal Fort in Kasargod, the largest fort in Kerala. It is said that you can hear up to seven languages if you travel through the area. People speak Malayalam and Kannada, and in pockets, you can hear Tulu, Konkani, Beary and even a bit of Marathi. Another place worth a visit is the Kanjirapuzha Garden and dam, which is in Mannarkadu, and offers a stunning sunset viewpoint.

What women want
Over the chaos of scheduling, booking tickets, planning an itinerary and responding to frequently asked questions of women travellers over the years — Rathi says that there are a few needs that remain constant, like security and hygiene at the place of accommodation. But the biggest concern, she found, lies in the invariably apprehensive question: ‘Will I get along with the group?’ “To get everybody comfortable, we have an orientation meeting a few weeks ahead of the trip, and we create a Whatsapp group in advance, to kick off the bonding process,” she says, complete with introductions, pictures and light-hearted banter.

Of course, with so many women already well-travelled, a challenge for travel agencies that curate these experiences is in fact not to repeat overly saturated destinations, and deliver competitive pricing while they’re at it. “No one wants run-of-the-mill locations that are overdone and touristy like Jaipur, Goa or even Bangkok anymore,” says Priya Q, director of Kochi-based travel company BucketList. Instead, backpackers and globetrotters are finding more thrill in less- explored destinations like Meghalaya in the Northeast, Bali, Vietnam, Uzbekistan, Bhutan, Ladakh and Jordan, says Zinal Doshi, the 34-year-old founder of the Mumbai-based travel and lifestyle company, The Flapper Life. As for popular asks on a trip, she elaborates, “Nowadays, women have a ‘well-defined list’ of what they want, ranging from a comfortable stay to local cuisine, shopping and so forth.” Also, she makes it a point to emphasise, “Women are smart when they spend and ensure they get the best bang for their buck.” We take Zinal’s word for it, because before she started it, she was a banker for 14 years!

Safety, sun & spirits
•   Stay with the crowd, especially after sunset.
•   Never get drunk on a solo trip.
•   Avoid revealing your wherabouts on social media or to strangers.
•   Carry a dummy wallet.
•   Pick Airbnbs and hostels that have maximum reviews and are centrally located. 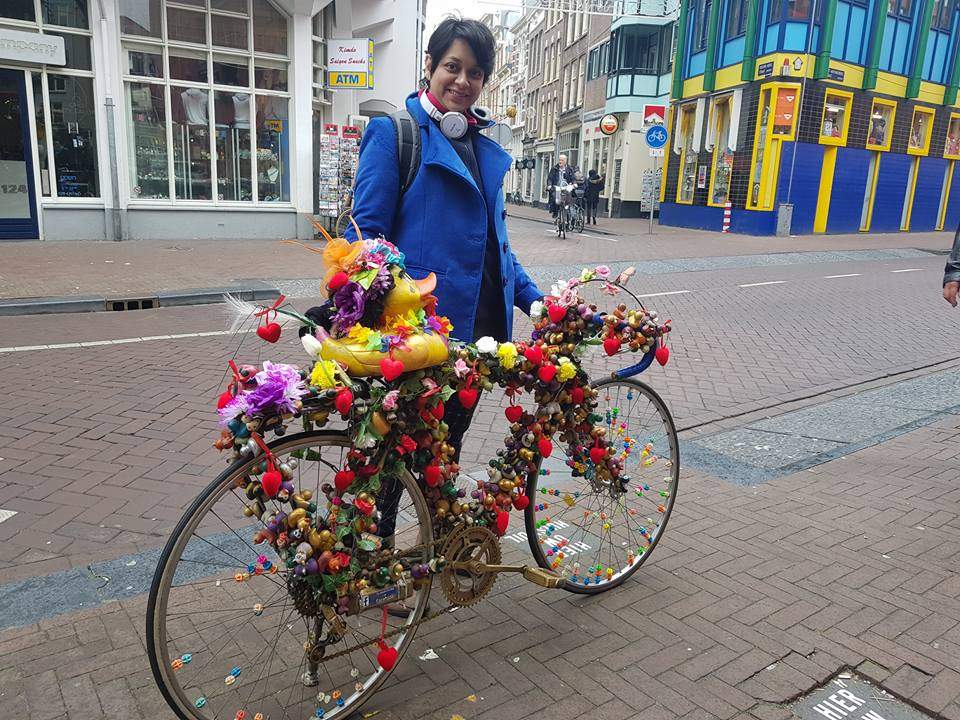 I always research the history, culture, and people of the country I am planning to travel to. This prepares me for what to expect. For instance, the Egyptians are flirtatious and love Bollywood, the Dutch are very polite, the Singaporeans are very helpful, and the Moroccans are very talkative! As for myself, I play my country’s brand ambassador when traveling abroad, and I always ensure that I’m polite to everyone around, irrespective of their behaviour. I also try to promote the rich heritage, developments, and unity in diversity of my country.

Notably, preparation for travel is now more about what you pack into your mobile phone, rather than what goes in your suitcase. Apps like Bookings.com, Google Translate and Mapsme have you sorted for on-the-spot accommodation, directions and language difficulties, all at once. Priyanka Bhargav, associate director in consumer and brand research at Myntra says, “Language translator apps are essential, activating international roaming and fixing a broad itinerary, as well as packing for the weather.” Contrary to the route of blocking a hotel reservation a month in advance to snag a good deal, she says, “I don’t do bookings in advance, as they restrict you. What if you change your mind?” Freedom on a trip, she gives us some insight, isn’t just about flying solo — but also structuring flexibility where it matters to you, should one want to turn their plans in a different direction.

Yoga teacher Namita Kulkarni, 32, from Mysore, currently wandering through Cuba, takes this thought a step further, “An important lesson I got from travelling alone was to trust myself. When you know you’ve got your own back, you’re a lot more willing to trust others.” Not that this means there won’t be any roadblocks along the way. Namita shares, “Here in Cuba, I met a few touts who tried to scam me, but I also met people who told me when I’d unknowingly left my backpack open while walking on a busy street.”

App-solutely essential
•  Hostelworld: To help with booking hostels.
•  Bookings.com: For hotels and homestays at places that do not have hostels.
•  Moovit: For bus routes along with bus numbers and bus stops.
•  Mapsme: Similar to Google Maps, but much better for offline connectivity as well as for trekking routes. It even gives you view points to stop at on a trek.
•  Google Translate: For translation of any language to English. It even has a feature that you can use to read menus in other languages. 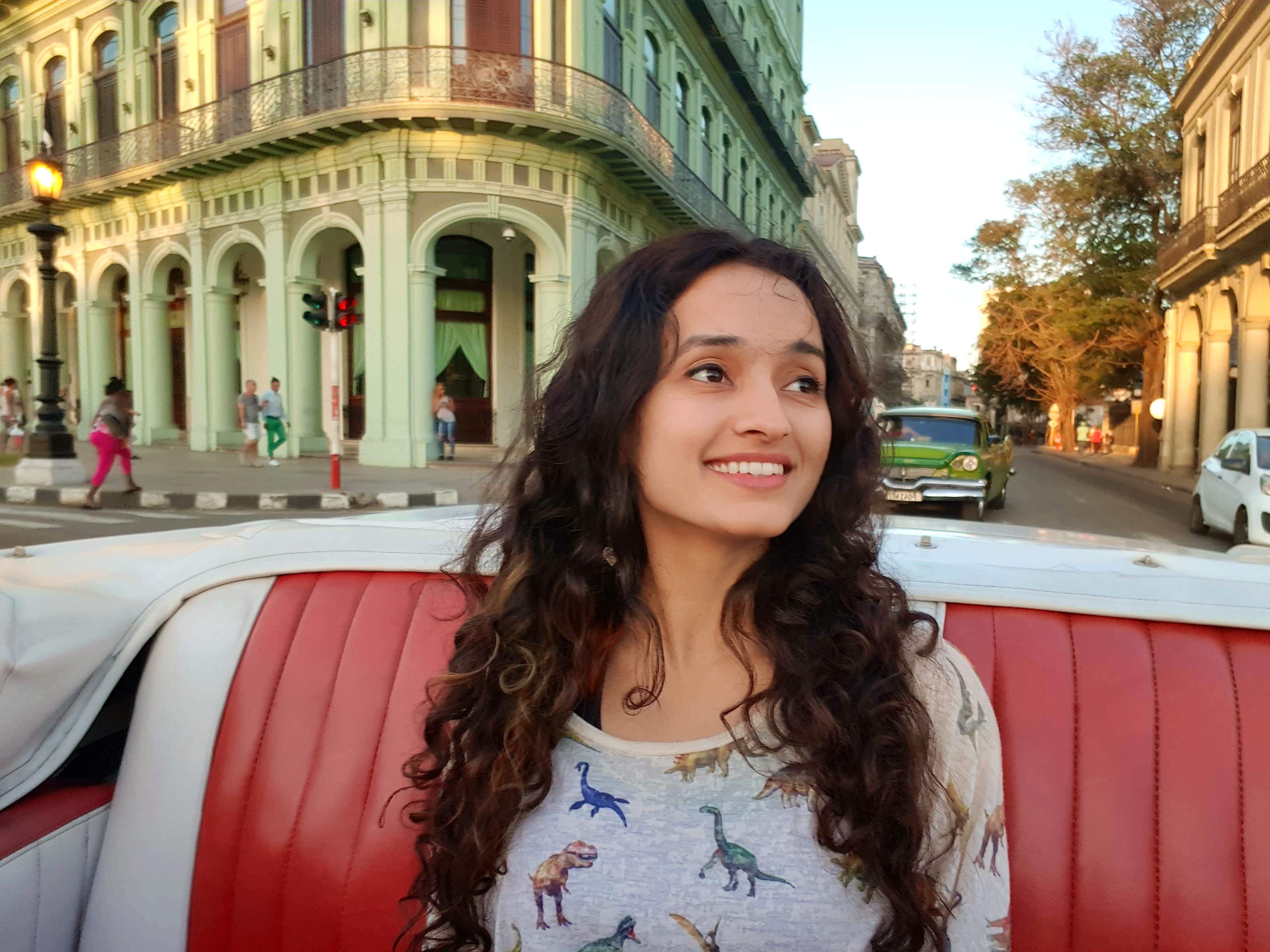 Travel has taught me that time is the bigger currency, the one you trade your life in. As an Indian, getting my money’s worth was always on top of my mind, but with travel, I realise that getting my time’s worth is just as important, if not more.

Be selfie-conscious
Whether it’s your first trip or your 50th, as in the case of Poorani Giridharan, who is all of 22, there is  always a degree of risk involved. The biker, who rides for the Coimbatore Racing Association, and is incidentally also a producer on Bigg Boss and Arya’s new reality show Enga Veetu Mapillai, tells us that her travel safety essentials include pepper spray and a knife whenever she is on the move. She follows this up with a tip, which leaves one smiling, quickly lifting any fears that a first-time solo traveller might find, pondering over a long wait at the airport.

“The single most important thing I have learned from 50 solo trips is this — don’t take unnecessary selfies along the way,” she says. Although, if you insist on stopping en route, she adds, “Make sure it isn’t an isolated location.” Namita Kulkarni offers the best summary of why a solo trip is worth the ups and downs, with the do-it-yourself chores, the meals for one, and serendipitious friendships made along the way. “Travel has taught me that time is the bigger currency — the one you trade your life in,” she says, adding, “As an Indian, getting my money’s worth was always on top of my mind, but with travel,
I realise that getting my time’s worth is just as important, if not more.”