Who Run D World? Dwayne Bravo! A profile of the season's hottest entertainer

There's a lot more to cricket now than what it used to be. It’s not just about the runs, wickets and
victories — it’s also about the entertainment that it brings along.  And, there’s nobody who knows how to entertain better than Dwayne Bravo. Known for his aggressive batting in the middle order, and his bowling at the death, the cricketer’s persona and energy is one that not many can match upto, especially when playing for Chennai Super Kings in the IPL. While the 34-year-old bats like a beast, Bravo is all about the moves off it. The West Indian’s latest motivational anthem, Run D World has now been released and we bet that you can’t stay still! This is the all-rounder’s third single, after Champion and Chalo Chalo, and he’s now back to win your hearts with not just wickets and runs, but also with his infectious music.

Campaigning for positivity
On a phone call from Mumbai, we ask Bravo or DJ Bravo, as he’s popularly called, what keeps him on his toes and what is it about being West Indian that makes them so high-spirited all the time? “Well, I am a happy and a bubbly person. And, being from Trinidad and Tobago means that you come from a place that has music rooted in its culture. It’s lively and always so energetic,” says the charismatic player. “A big part of our culture in West Indies is that we grow up listening to all kinds of music — from
reggae to soca to calypso. So it only seemed natural that I was inclined towards music as well. I have always seen myself as a born entertainer. I am always singing songs when I am around people.” 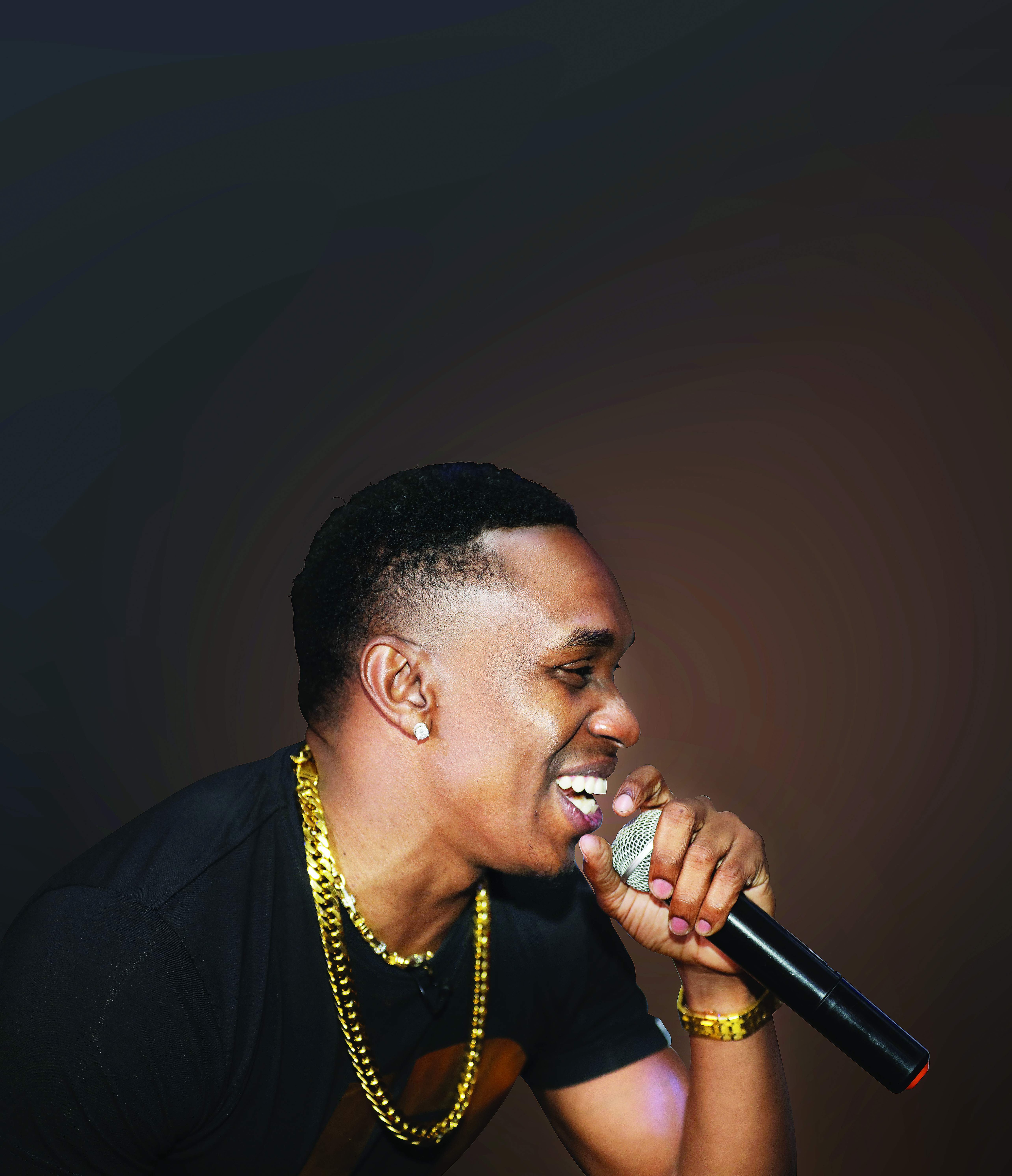 Bravo goes on to say that he was subjected to a lot of criticism when he started singing, and that people tried to stop him and put him down by saying that he won’t do well. He was, however, relentless and released his single, Champion, in 2016. The song became the anthem of the West Indies after their phenomenal win at the T20 World Cup that year. “There were so many people who tried to destroy me and deter me in my journey, but I took that as motivation,” says Bravo. “I wanted to turn all things negative into something positive, so people around the world know that they can achieve whatever they set their mind to.” On top of the world
Run D World is a continuation of Champion, he says, and a motivational anthem that brings together the sportsmanship and spirit of the game. In the song, Bravo has tried to capture the indomitable energy of people from around the world — from cricketers, football players and market vendors, to teachers and students. Written by his friend Jojo, a young songwriter from Trinidad and Tobago, only the first verse of the song was sent to Bravo in the beginning. “As soon as I heard the first few lines, I fell in love with it,” says an excited Bravo. “I told her that I want to do the song and the rest, as they say, was history. We met up and immediately recorded the song and I choreographed the dance for it. I thank Sony Music for making this happen and getting the song to where it is now. I don’t think it would’ve reached this huge an audience if not for them.” Bravo is hoping that his team Chennai Super Kings wins the IPL this year. “There’s no World Cup, like when Champion released, but if we win this time, it’s going to be a CSK anthem for sure.”

Bravo draws his musical inspiration from Beenie Man, the popular Jamaican reggae and dancehall singer.  So, what can we find on Bravo’s iPod? “All DJ Bravo songs!” he says, with a hearty laugh. “But, I also have Bollywood songs from films of Shah Rukh Khan and Salman Khan.”

Beast mode
While he’s got the demeanour of a calm man while talking to you, he’s anything but that on the field. Bravo made a first-class debut for Trinidad and Tobago against Barbados in 2002. From there, to smashing 68 out of 30 balls and rescuing his team at this year’s IPL opener versus Mumbai Indians, he’s come a long way. In the same match, he also conceded just 25 runs in four overs and bowled nine dot balls at a crucial juncture in the game. Popular for his batting and bowling, Bravo says that he loves doing both equally, and can possibly win a game with either one. Similarly, Bravo manages his time between cricket and music equally. When we ask him how he maintains this perfect work-life balance, he offers, “I think, in life, you always have to strike that balance because it’s very important, you know? I have to manage between music and sports, and I have to make sure that this doesn’t affect each other. I’m lucky to have success in both.” Bravo explains that cricket is always going to be his number one priority, because of the kind of opportunities it has given him. With his music doing so well, does he still stand by this statement? “Yes, I do. Absolutely. I am a cricketer first, and as long as I am playing cricket, that’s always going to take importance over everything else.” Bravo says that he will continue working on more music so that he can reach out to his fans around the world.  While his music is predominantly Caribbean, we ask him whether he has listened to any Chennai koothu songs. “I have heard some of the local music
and I’ve noticed the beats are simiilar to that of Trinidadian music. Of course, there is a language barrier, but the vibe is not very different.”

Talking MS Dhoni
Back after a hiatus of two years, Chennai Super Kings took off with a flying start this year, despite the political problems brewing in the city. We ask Bravo how it feels like to be back in yellow. “It has been really good, and I think we are on a good streak this IPL. It’s always great to play with CSK. It’s not just a team, it’s family. And, we hope we make it to the top of the table.” 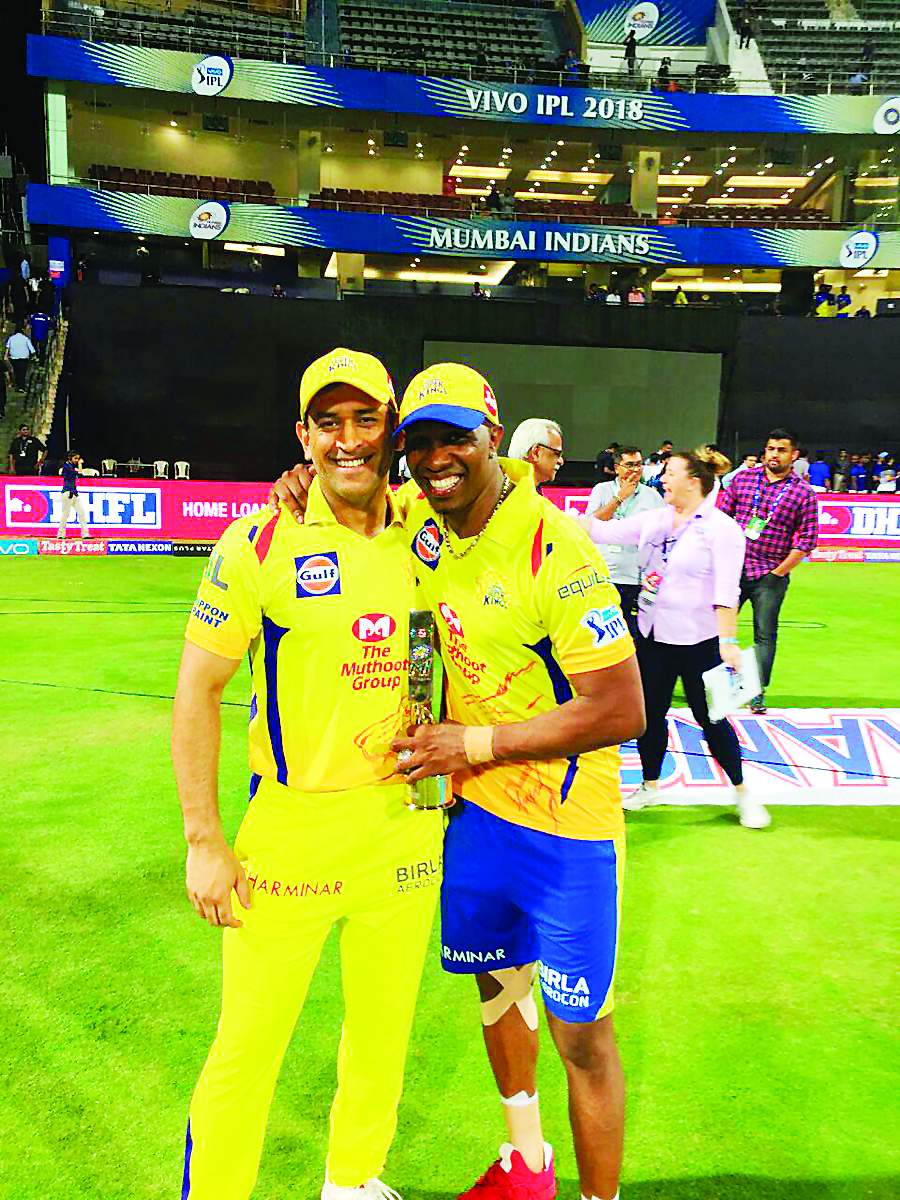 We change the subject to MS Dhoni, the captain of Chennai Super Kings, and ask Bravo about his dynamics with Captain Cool. “He is just the way he is on TV. If anything, he’s too cool! He is even cooler on the field. It’s great working with him, and he’s a special person, friend and a brother.”