THE beginnings of the world’s most spectacular theatrical production company are very humble. “Cirque du Soleil started 34 years ago by a group of artistes performing on the street corner, begging for money. With the help of the government, they were eventually able to produce their first show,” says director and writer Susan Gaudreau. Cirque Du Soleil’s newest production in association with BookMyShow, Bazzar, which also marks their debut in India, is about all this. 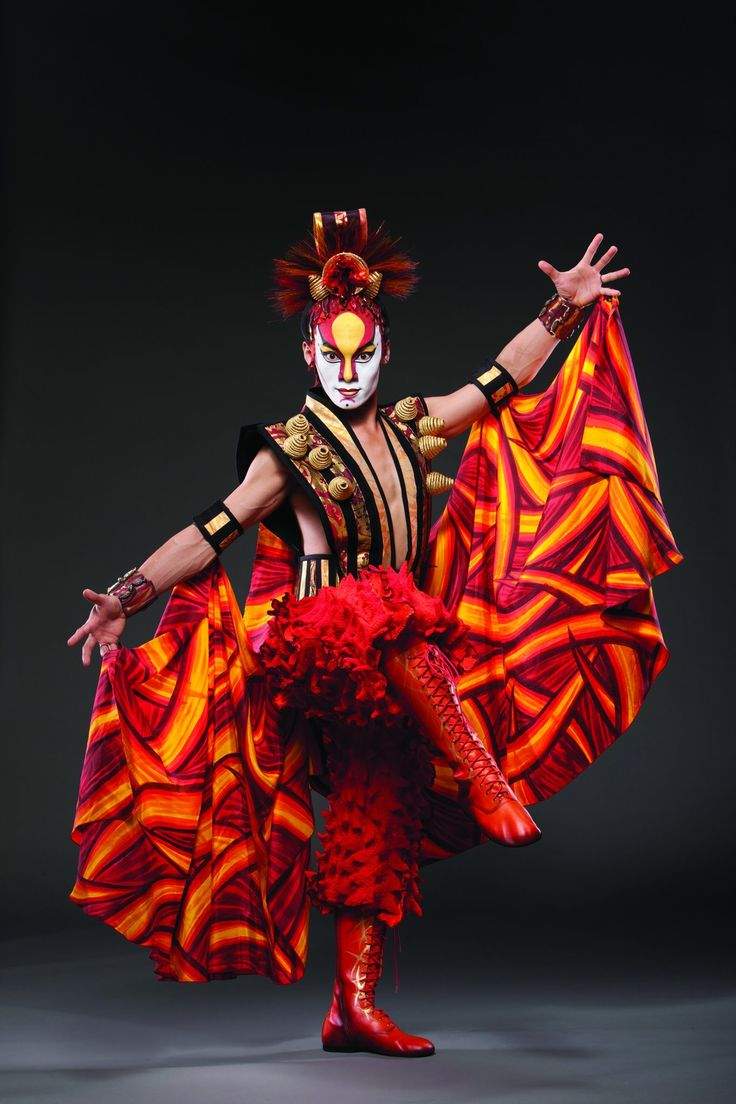 In July 1984, in the city of Baie-Saint-Paul, Canada, two former street performers, Guy Laliberté and Gilles Ste-Croix, started Cirque du Soleil, which literally means circus of the sun. Today, the circus employs around 4,000 dancers, acrobats, musicians and artistes from over 40 countries and has many permanent shows in Las Vegas, which are visited by more than 9,000 people a night. They travel the world with their grand chapiteau, a big tent or as they like to call it, ‘the big top.’

They have won four Primetime Emmy Awards, a star on the Hollywood Walk of Fame and have performed at the Academy Awards, Eurovision Song Contest, The Superbowl and a Michael Jackson world tour. The newest production has been described as an homage to the beginnings of Cirque Du Soleil and tells a story of a bunch of artistes and how together, they build a colourful and fun show.
“Bazzar is the story of a maestro and a troupe of eclectic artistes who live inside this performance lab and create a show together,” says Susan, adding, “It pays tribute to the origins of Cirque du Soleil in that it taps into the essence of what makes our shows so unique — the incredible original live music, high level acrobatics, artistry and staging, costumes and makeup!”

The show is set on a circular stage where the audience feels immersed into their creative world. The set is modern and the colourful, bright costumes and make-up really stand out against this world inside the big top. 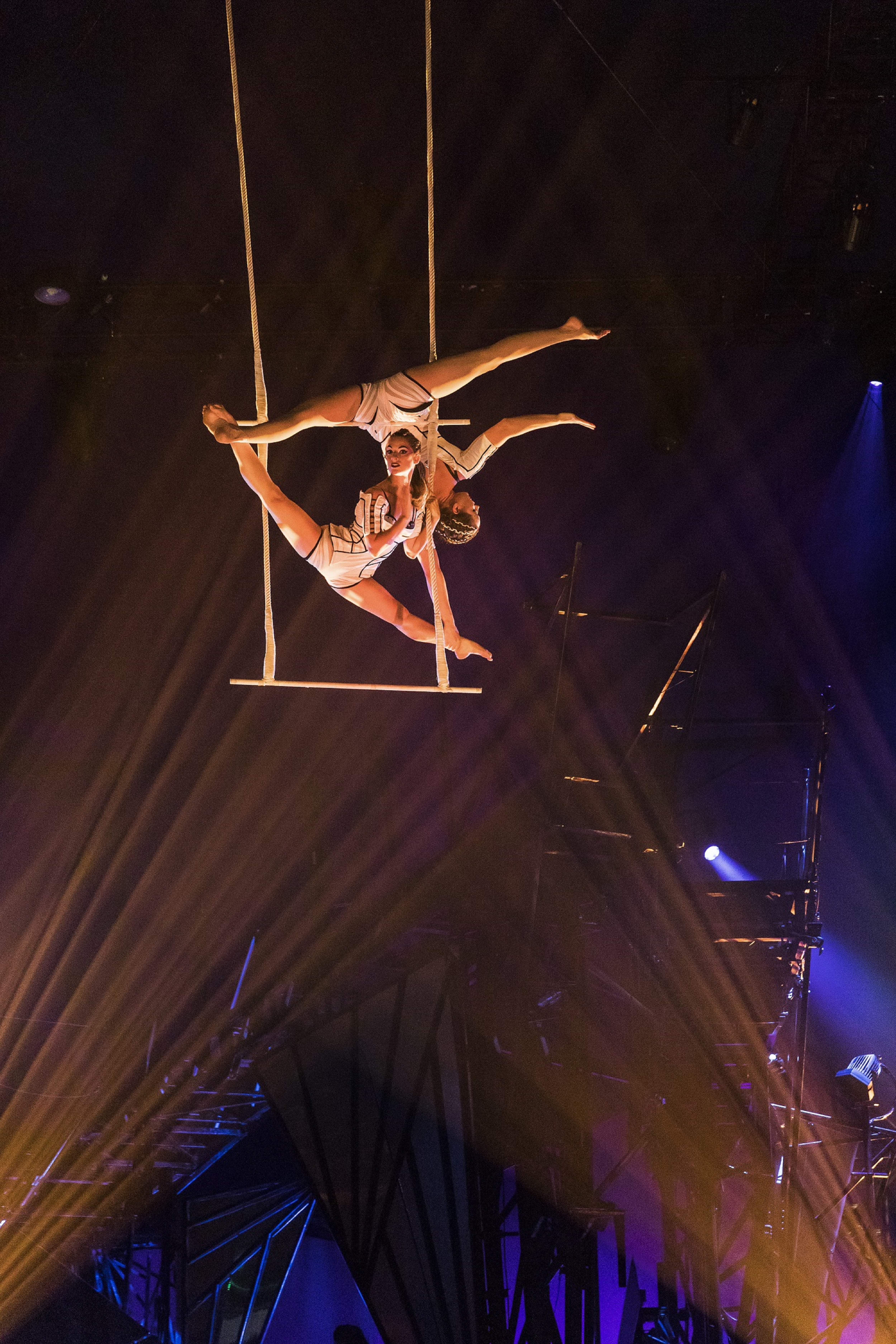 The India connect
Each Cirque Du Soleil show brings together circus styles from around the world, backed with a unique theme and storyline. Bazzar, which opens in Mumbai and New Delhi, is inspired by India’s rich history and splendour.

“All of our shows are created to be universal and not specific to one country. Keeping that in mind, I was still very inspired by India with its rich history of circus, music, dance and film. The show is colourful and rich with fun characters who invite the audience into their world,” says Susan, who was in Mumbai in August this year for a sneak peek of the show at the Lakme Fashion Week 2018.

India has a long history of circus and performing arts. We were known for, somewhat stereotypically, our magic tricks such as the famous Indian rope trick. Another famous sport is the mallakhamb, in which a gymnast climbs up a pole and performs various aerial yoga poses. Bazzar features a duo mallakhamb act, a first for a Cirque du Soleil performance. “We created an incredible fusion of mallakhamb and dance in a strong performance set to an original musical score,” Susan adds.

In full swing
The show has an original music score that is inspired by artistes that perform on the streets. “The music is the kind that makes you want to get up and dance. I would describe it as a fusion between folk and electronica,” Susan explains. There are six dancers, who all hail from very different and eclectic backgrounds and styles of dance, such as hip hop, B girl, contemporary, classical and acrobatics. Susan says, “The dancers keep changing their styles throughout the show, so that we never know what we are going to see from them next.”

Local focus
Nicolas Zlicaric, the company manager for Bazzar feels that India is a very inspiring place “Look at its colorful aesthetics, friendly people and its very defined, precise and sophisticated entertainment culture. I believe that we, the cast and crew who will be here for Bazzar, can learn a lot from the Indian people,” he says, adding, “We are excited to open and launch Bazzar in India for runs in Mumbai and New Delhi before heading to more countries afterwards.”

THE costumes are as extravagant as the set and as varied as the acts that are part of the show. For instance, Bazzar has six different acts — a bike performer, a fire manipulator, mallakhamb, the maestro (who brings the performance together), a corde lisse performer and trapeze artistes, and each requires a costume that is striking while also being functional. James Lavoie, the costume designer, says, “At Cirque du Soleil, state-of-the-art costumes are part of its DNA. Costumes and props needed for the various Cirque du Soleil shows are created in Montreal, in the costume workshops. The workshop, the only one of its kind in North America, employs specialists in shoemaking, textile design, lace-making,
wig-making, patternmaking, costume-making and millinery.” James, who holds a Masters Degree from Central Saint Martins College of Art and Design (London) in Sceno-graphy: performance design and practice, is a renowned name in Canadian theatre circles and has previously also designed costumes for Cirque’s  Les Chemins Invisible, Chapitre 4: La Frontiere de Pixels in Quebec City, and the fifth chapter, L’Hangar des Oubliés. His work on Segal Center’s Sherlock, featuring Jay Baruchel, won him
the META (Montreal English Theatre Award) for best costume design. He tells us more on what to expect from Bazzar:

As a designer, what are you inspired by?
As a designer, I think you are invited everyday to keep your eyes wide open, to look for inspiration in everything, always! So whether that’s walking down the street and seeing the way the light reflects off the side of the building, or seeing the work of historical or contemporary artists in a gallery one night, or just sitting in a cafe scrolling through my Instagram, I keep myself open to finding inspiration in just about anything.

How challenging is it to create costumes for an entire production?
Actually, much like the show itself, the creation process was intuitive and organic, not fixed to any one point in time. Bazzar presented an invitation to design by instinct, to be inspired by everyday life, and to trust my gut!

Tell us about the work that  has gone into the outfits.
I used digital printing techniques, and silkscreening with various foils or silicon add an element of experimentation. Vibrant colours, shiny golds, patent leather, crisp blacks and whites, eye-catching prints, delightful textures, innovative materials, and avant-garde silhouettes collide in celebration and visual cohesion.

How are the Bazzar  costumes different from other productions of Cirque?
Costumes of each Cirque du Soleil production are different and unique. For Bazzar, the visual connection between costume and space is important. I tend to draw my first sketches with a Sharpie and heavy hand on paper and it’s directly expressed through the costume design. For example, the chaotic energy of the After-Effect tableau is captured by scribbly patterns or “pen marks on paper.” Plus, the theme of construction-deconstruction expressed through various garments (incomplete skirts; cut out pants) offer a  strong sense of building and breaking apart. Creating or disassembling. Much like the creative process itself.