Bengaluru-based creator Sundeep Rao took up podcasting only a year back, and is already hosting one of the top trending podcasts in the country. The stand-up comedian who is partially blind has a new Spotify podcast called Life Gone Wrong which makes for nuanced and productive listening as he refuses to let it sound preachy or sanctimonious. The show explores the lives of people who have lived with disabilities, survived illnesses or prevailed over personal adversities and highlights real-life stories of resilience and hope. “The inability to laugh at life’s problems, challenges and inadequacies is a disability in itself!” he tells us. We caught up with the creator to explore his show further:

Tell us how Life Gone Wrong was conceived

I conceptualised the series last year, I figured I was confining myself to comedy, be it in improv or in podcast and wanted something different. Last year was filled with introspection about where I was and where I come from, and I found myself at a crossroads in my career. Life Gone Wrong is an opportunity for me to come to peace with what I have, when it comes to my eyesight. It’s very easy to locate what you’ve lost and the entire narrative seems to be written around that.

I saw this as an opportunity to no longer regret what I lost and to try to do something with what I have, and talk to people who have been through similar experiences in their lives, be it an illness or the stories of people powering through certain situations. 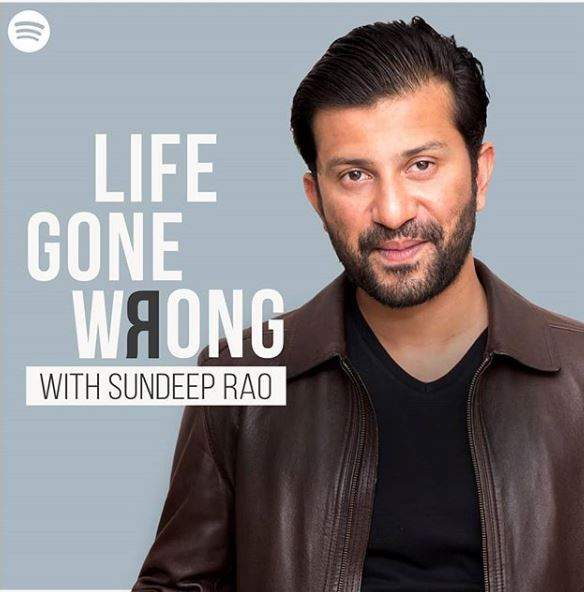 It’s something that has been organic as I didn’t exactly want it to become a sob story about people’s lives. I’m trying to avoid the element of sensation. I had the good fortune of meeting people in the space of disability support and awareness initiatives, sometimes it’s word of mouth. It makes the process easier, which is why I don’t know how many episodes I will be doing.

You started podcasting in 2019. Tell us why you chose to explore this format

There are very few barriers in podcasting and greater opportunities. Each person can figure out how they want to tell their story, there are a lot of resources you can learn from. Some people like to keep a journal, some people tweet or blog, I find this format a lot more conducive as I can think out loud, contradicting myself within an episode gives me more clarity.

How long have you been a stand-up comedian? Tell us if you enjoy the comedy scene in the country right now.

Well, no. I don’t enjoy the scene right now. Comedy is very new in India, I’ve been a part of it since its inception. Change is great but I think the comedy scene in the current climate is very volatile and not just as an art form, I think it’s a new industry in a country that can be quite immature. When people often use it to push their agenda forward and they don’t have the intellectual and emotional maturity to take it with a pinch of salt, you can't push yourself as a comedian. As a result, only the safest jokes tend to work, something that’s basic and too easy.

A tip for aspiring podcasters

Talk about what you know