Married in 2013, the artist couple of Sonal Varshneya and Harish Kumar Ojha from Lucknow are showing their works at the Art Houz gallery in Alwarpet, in a new exhibition titled, The Duo.

Sonal works with hand-pressed prints to produce 20x20 inch pieces, with a common figure of a woman engraved in all 25 prints, somewhat like a stylemark. Harish, on the other hand, leans towards rustic and agrarian motivations. Casting away
“Gruelling” is the word that Sonal uses to describe her printmaking process, the labour of which is telling in the intricate final works. “The week-long process begins with drawings on a zinc plate, scratching with needles, washing in nitric acid, and setting raisins on the surface. It ends with burning the plate again with acid for different shades,” explains Sonal. 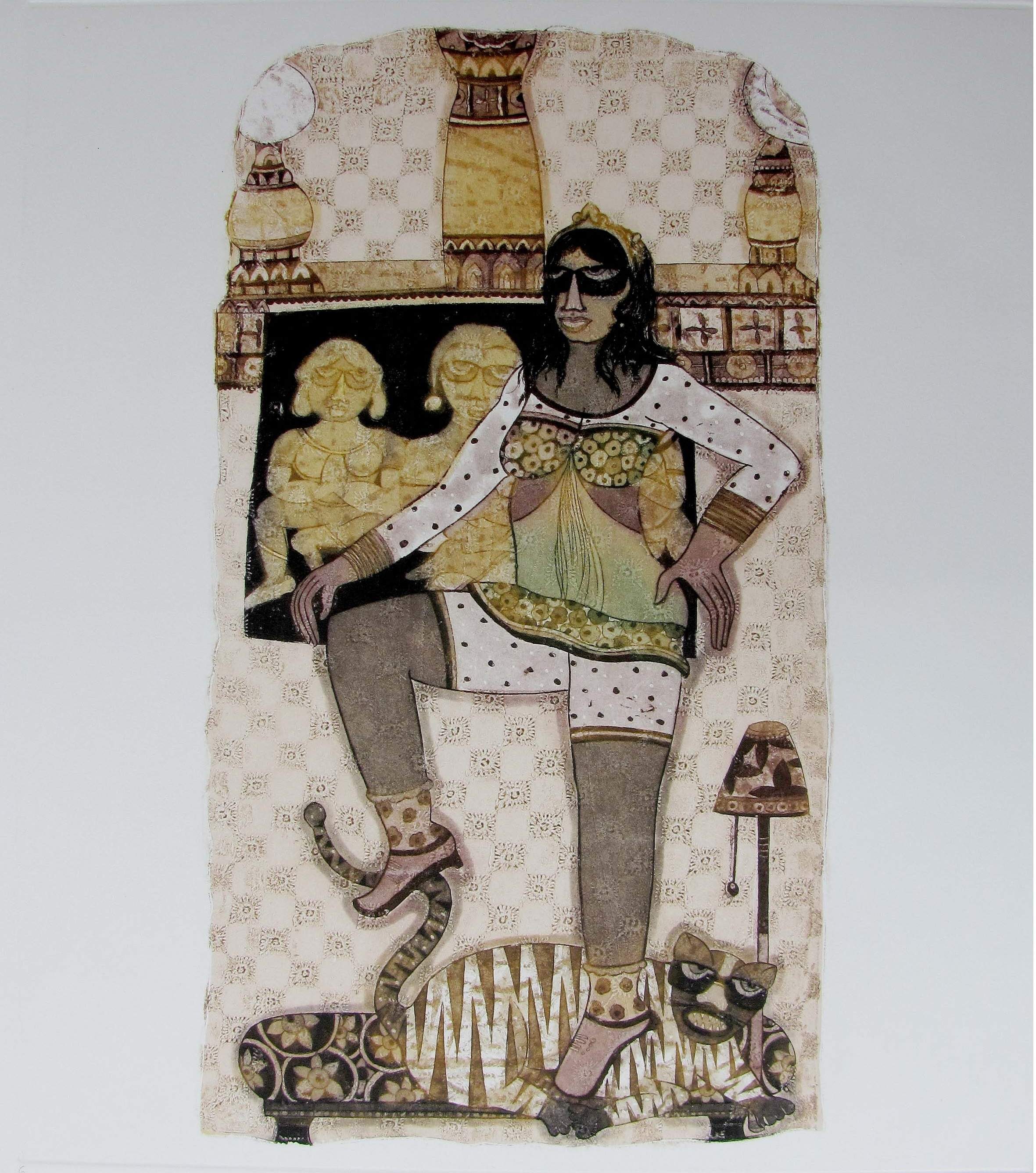 “Every press of the cast is made of different colours, and the results are always a surprise,” quips the 32-year-old. Sonal depicts her feminist concerns via two print series, titled Ambubachi and Photoshoot. Photoshoot is a nine-piece work of Durga’s nine incarnations draped in contemporary attire.

The deity is seen in a summer dress, with a deep-neck blouse and a mini-flare skirt, a bikini, high-heels, stockings and toting a sling bag. The compositions are set against motifs from Sanchi Stupa, the Buddhist monastery in Madhya Pradesh.

Cultural melting pot
The series Ambubachi, on the other hand, is based on the sensitive topic of menstruation, public discourses about which are still considered taboo in parts of the country.

Sonal narrates the legend of Goddess Kamakhya of the Kamakhya temple in Guwahati, which serves as the centre of the annual three-day Ambubachi Mela in June. In her work, Sonal etches a girl  lain in different positions, with the pagan goddess Lajja Gouri, Kali, Shakthi featured in the backdrop. 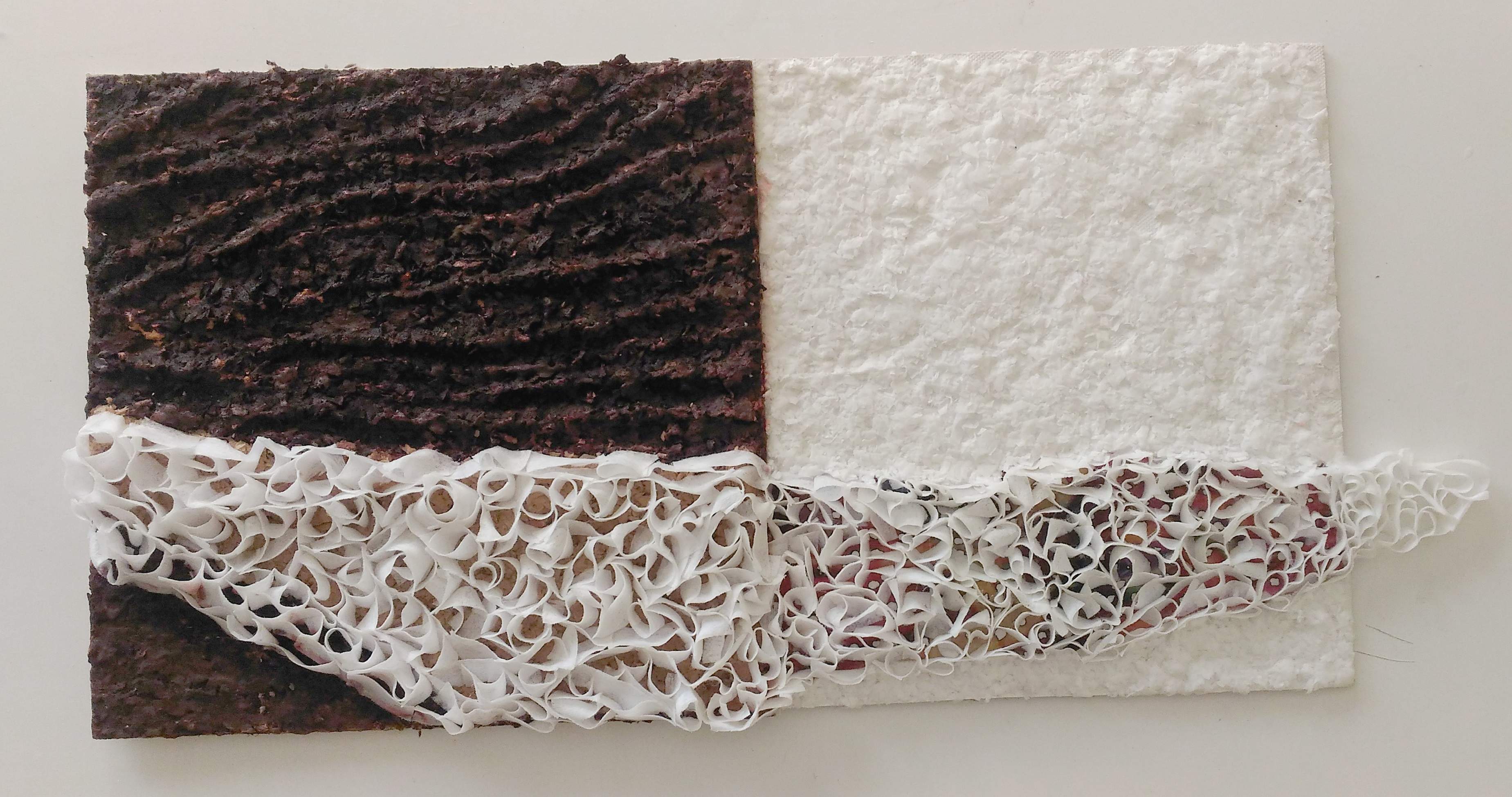 Harish uses Korean Hanji paper for his pieces, the soft texture of which reminds him of the freshly ploughed farmlands of his village, he says. His work, Witness, made in red paper, resembles the roof of a rural home. “The homes in villages bear witness to cultivation more than the cultivator,” says the artist, describing his work as a tribute to the agrarian life. 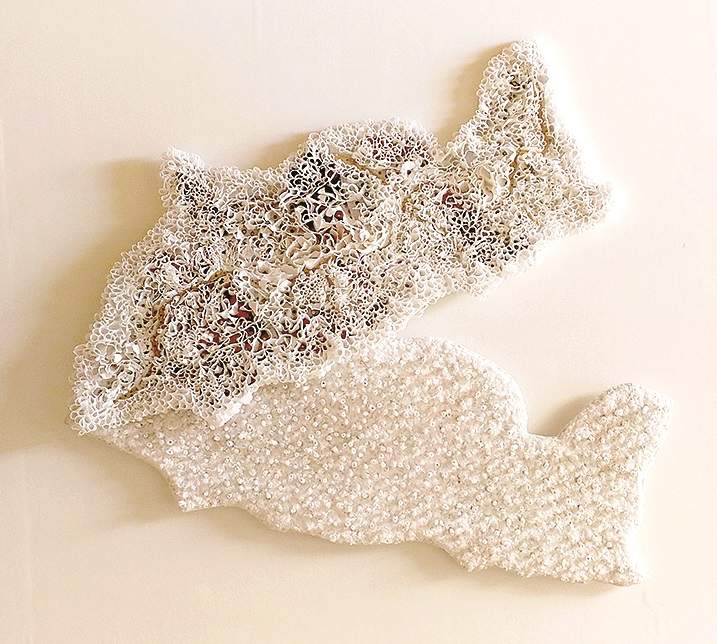 He’s also showing Covered Culture, of two fish-like structures overlapping each other, representing similarities in the ethos of the Gond tribe of India and the aborigines of Australia. The aspect of cultural commingling thus distinguishes the contemporary artistic overview offered by the couple.