D Dhasan: The next Manish Nai

THE INSIDE word is that D Dhasan, the up-and-coming artist from Chenn 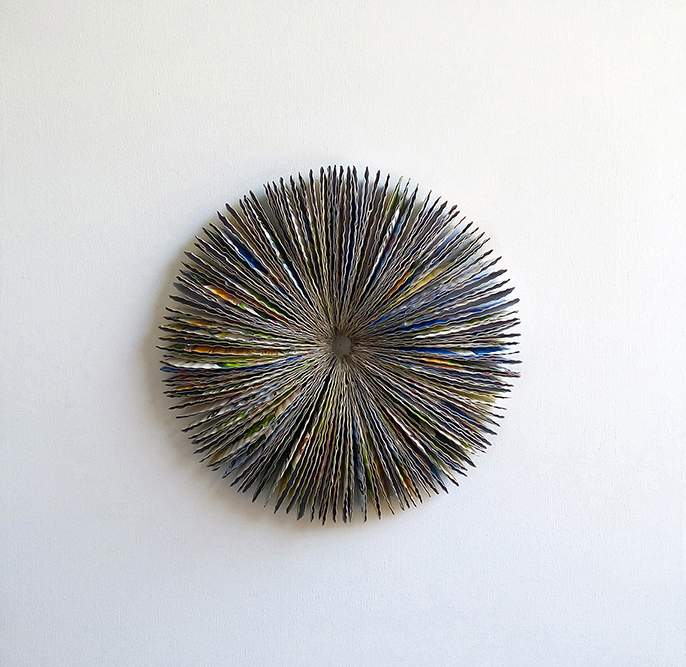 ai, has quite the makings of the next Manish Nai. While that is high praise indeed, and conveys a rather long career trajectory for Dhasan to measure up to, the likeness is easy to ascertain — especially, when seen alongside the Gujarati artist Nai’s series of cyclical, craft-based installations that are based on concepts of material origins.
Dhasan doesn’t, as yet, have the benefit of elaborate didactic passages and illuminative art theory to ascribe to his work — and that might work to his advantage. His mixed-media creations are simplistic, perhaps misleadingly so, as it requires a trained eye to tell apart the intricacy, complex measure of detail, and adept craftsmanship that distinguish his creations.
Knots and crosses
Dhasan, in fact, sticks to the elementary in descriptions about his driving interests, artistic vision, and aesthetic motives. His intention, as an artist, is quite simply “to communicate the unseen energy of the universe”, he says.
The name of his solo exhibition, Shunya and Beyond, is in keeping with the underlying theme of nothingness, as seen in several recent works by both emerging as well as prominent artists across the country, and in the West. In much the same vein, the theme resonates just as strongly with the essence of

inward exploration in any form of music, be it classical or jazz.
“I love nature,” offers Dhasan, disregarding humdrum expositions about the cosmos, the human soul, and creationary ideology. “The beauty I enjoy in life has no words to express, which I want to share through my artwork,” he explains. The impressions that he seeks to conjure in his abstracted creations are inevitably of natural phenomena, such as of landscapes, skyscapes, waterfalls, and such.
Naught to everlast
The limitless possibilities that Dhasan sees — and hopes to convey — are as much about a vast sense of emptiness, of the manner that one might experience in the lap of natu 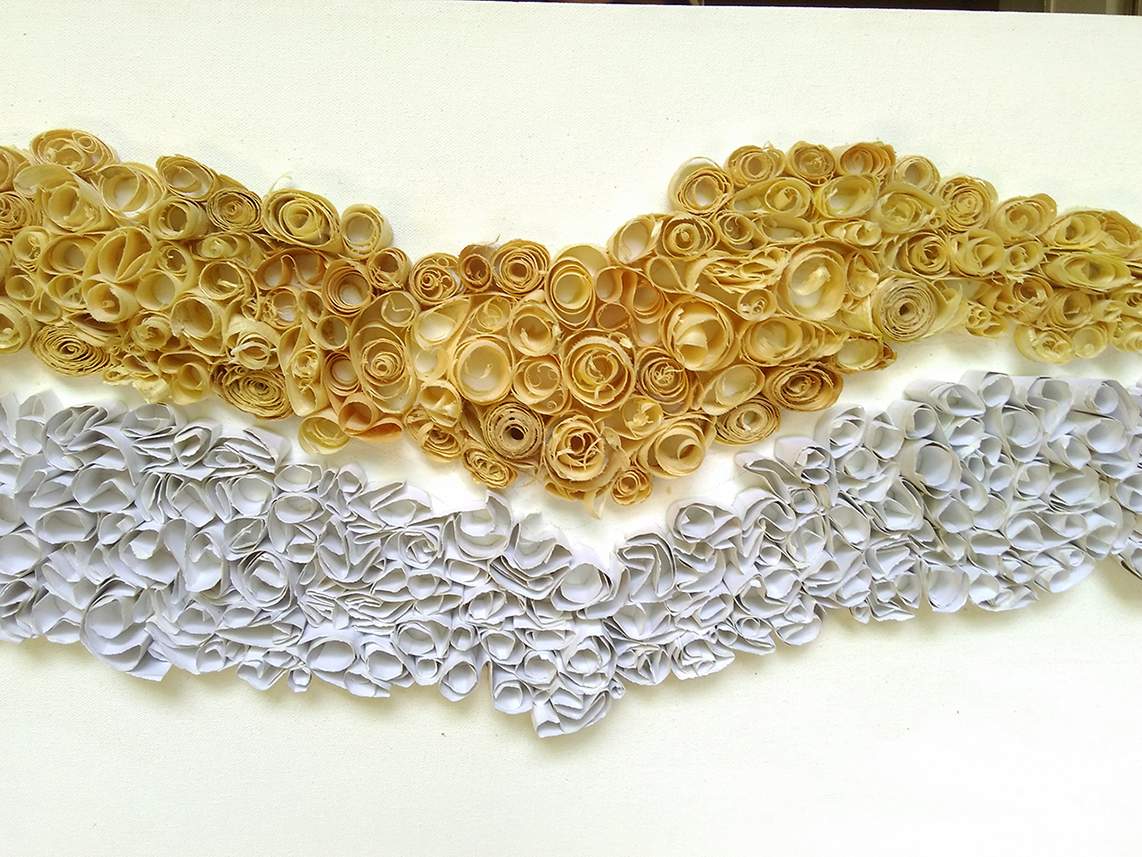 re, as it is about getting deeply engrossed, and perhaps even entirely consumed, in holding one’s gaze up to his creations. The show offers a refreshing change in an art world starved for predefined lines of appreciation. Dhasan’s works ultimately gain the edge of a crystalline decorative aspect, clean-cut and trim, luminescent in colour, and minimalistic too — nevermind the high-minded connotations. In every way, the dexterity that Dhasan wields in his works emerges from a certain simplicity of thought, a worthwhile quality in itself.

Shunya & Beyond is on display at
Apparao Infinity and The Leela Palace
until March 14. Details: 28332226