Leaning into Italia: Cheering for the chariot of the Gauls

It’s the first pit stop of the Great Modicia-Neapolis Transitalic Race, at the Tabernae Roadside Inn in Parma, when Asterix glugs his first ampule of magic potion for the ride, smacks a blustering Sarmatian (from Eastern Europe) and steps up to deliver a speech. 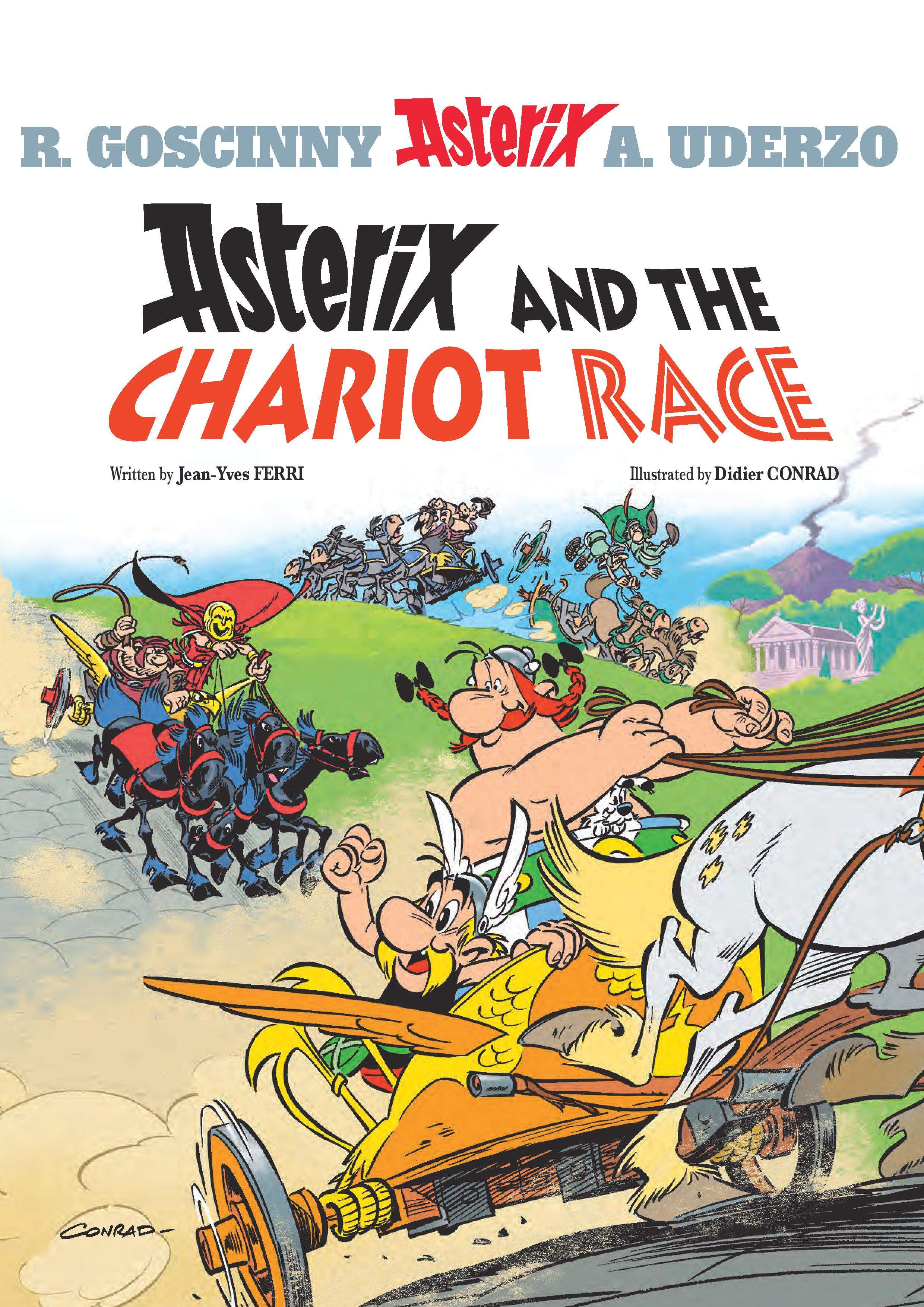 “Don’t forget: We’re adversaries, not enemies!” bids Asterix, goaded by the Normans baying, “We’re not Barbarians!”, and the Etruscans rooting, “We’re good sports!” Thus, the stage is set for all the competing teams to unite against Julius Caesar, in a grand race that is meant to spur the people across the Italic peninsula. “Rome’s prestige is at stake,” Caesar declares, asserting that victory must absolutely go to a Roman. 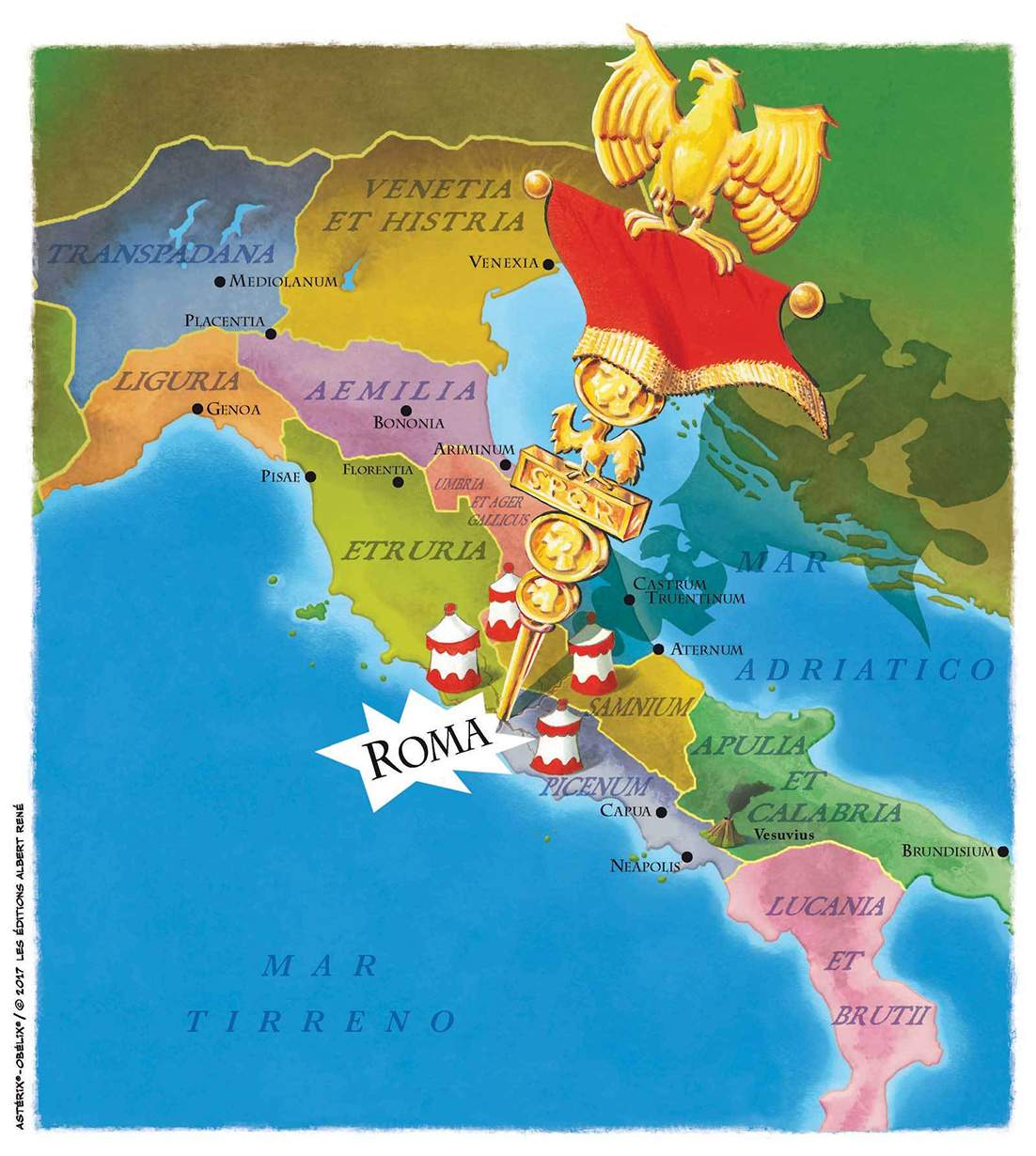 Chariot of the Gauls
And so, we find Asterix and Obelix playing charioteers, with Dogmatix in tow, walloping Roman centurions and troops of legionnaires, cannonballing alongside the seemly Bretons, the laidback Lusitanians (the laconic Undaduress and his aide Bitovamess), the bullnecked Ligurians, the conniving Cimbri, and the canny Calabrians, among others. They race through the labyrinthine streets of Sena Julia, past Tibur (Tivoli) via Umbria, and the capital Rome, along the Bay of Neapolis (Naples), and onto the foothills of Mount Vesuvius.

On two occasions, Obelix goes blush red — first, while helping the buxom princesses of Kush (a kingdom in Southern Egypt) out of a tight spot, and second, after sampling the Chianti of some friendly Italic folk along the way. He does get his fill of wild boar, and also has a remarkable premonition about the culinary practice of adding toppings to flatbreads.

Asterix and the Chariot Race, the 37th new adventure in the Asterix series, and the third to be written by Jean-Yves Ferri and illustrated by Didier Conrad, is a rollicking roller-coaster ride, filled with the giggles that Asterix fans will expect, and not merely in re-reading the character’s names. 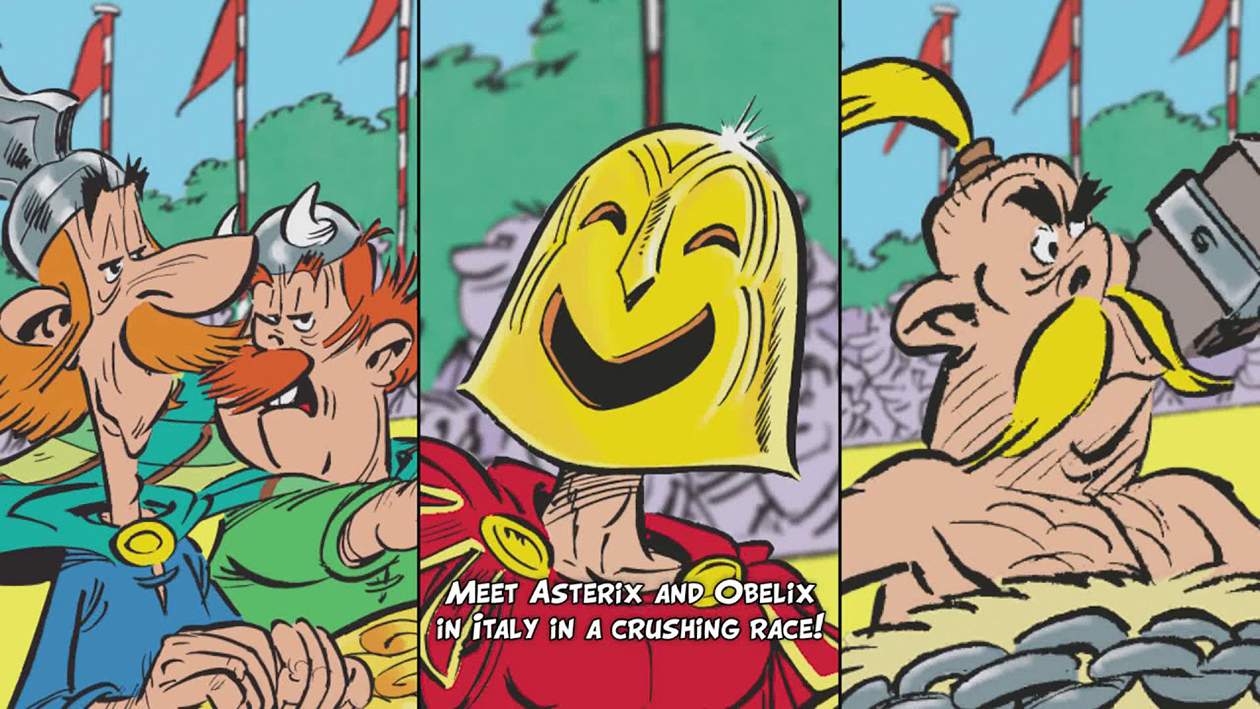 History in the racing
The masked Roman champion Coronavirus, incidentally, who has a change of heart midway, was statedly modelled after the Formula One racing legend Alain Prost. And the inn keeper in Parma is a caricature of the Italian tenor Luciano Pavarotti, while Lupus, the seller of garum (ancient Roman ketchup, a fish-based sauce) who sponsors the race, is a take on former Italian Prime Minister Silvio Berlusconi.

But the story, set in ancient Italy, is more relevant than that, rife with nuggets on how these events
eventually affected the course of actual history — in the making of the sculptural paradise of Florentia (Florence), the origins of Sienna’s famous horse race around the piazza of Palio, the earliest furniture designs from Mediolanum (Milan), and even the silencing of Vesuvius until 79 AD, thanks to a well-aimed boulder.

Ultimately, believe it or not — despite a late surprise show by Caeser himself — everybody’s a winner, as the Gauls graciously share the magnificent Tansitalic Cup with all the other teams, in a spectacle of camaraderie and good-fellowship, discounting the cup’s equivalent in sesterces. And there's more than enough garum to be had, for all the “barbarians” across the lands.