Instead of using the art of fumage on his paintings, Vasanth Kumar explores fire painting with flash powder

For Rajinikanth fans Neruppu Da alluded to the catchphrase from the movie Kabali; but Coimbatore-based artist Vasantha Kumar D took things literally by setting his art aflame. Experimenting with a new medium the 24-year-old started out by using flash powder from crackers to create art in 2016. Though the now lecturer of fine arts at Dr GRD College is attempting to set a Guinness World Record with the largest fire painting by the first half of 2019, his initial fire painting project wasn’t a calculated attempt. Rather, it was a stroke of luck. “I had to submit a mandala illustration as part of my UG coursework and I was drawing a blank with ideas. This was when I saw a box of unused Diwali crackers lying around the house. It was sheer panic that prompted me to try something with the cracker powder,” he reveals.

While the first design he created used flash powder on a rangoli stencil, the Coimbatore-based artist is set on exploring the intricate designs of traditional art forms like Therukoothu. “The series that I recently completed deals with Therukoothu costumes and temple sculptures.” Created through a process that resembles a resist-dye method of block printing, Vasanth starts out by creating an accurate outline with a pencil that acts as the contour for the flash powder. “To prevent the fire from spreading and charring other portions of the painting, I use Fevicol or white rangoli powder that acts as a barrier.”

Talking about the life-sized painting of a sculpture, the fine arts graduate from Lalit Kalakshetra says that the artwork used almost 550-600 flowerpot firecrackers to create. Explaining the colour grading process he uses on his painting, the artist says that he always start work on a blank canvas to ascertain the amount of powder that needs to be used to achieve a given shade. 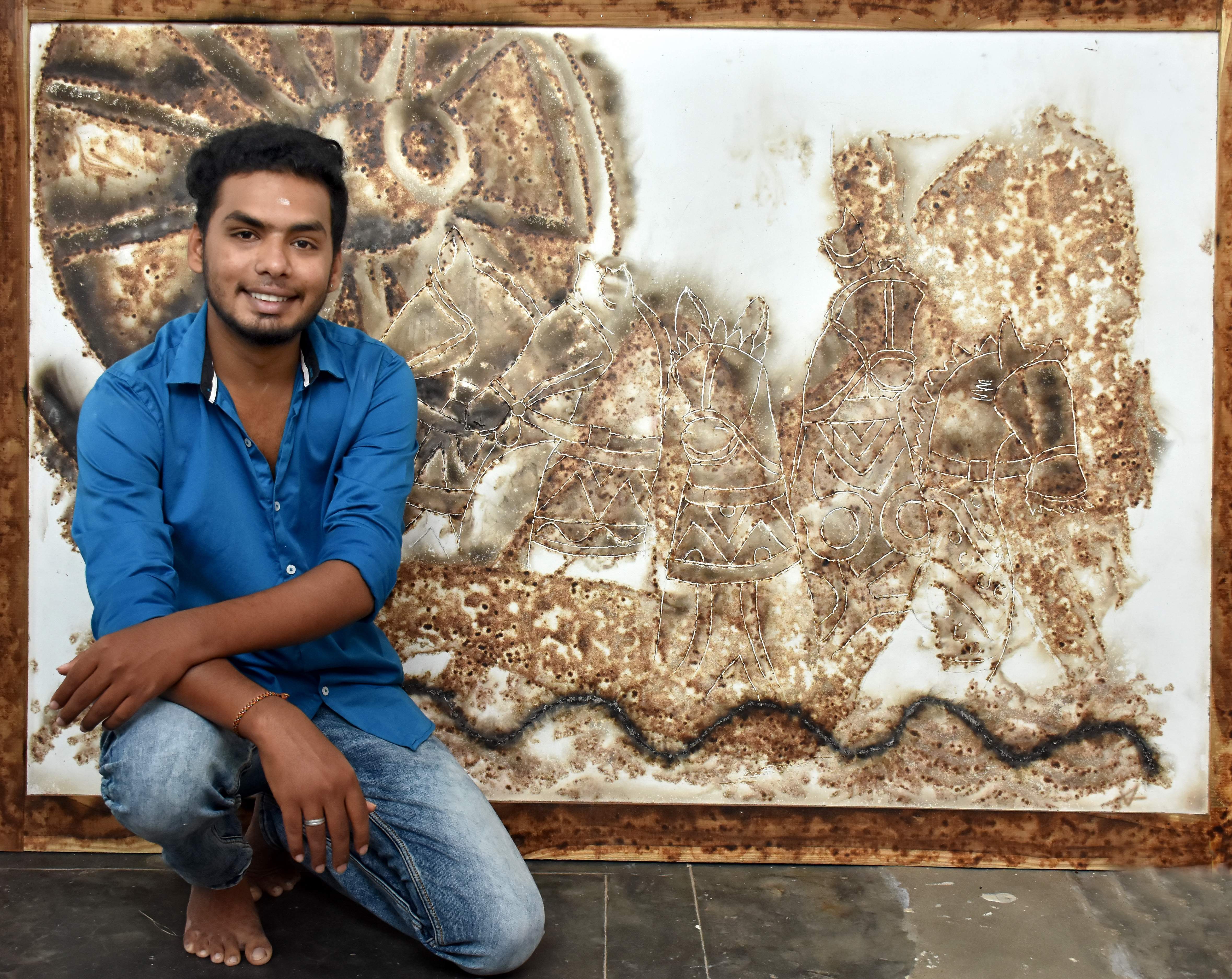