India's beaches get a reality check in Shekar Dattatri's documentary

Besides the numerous talks and walks plus the various cultural performances, the ongoing fourth edition of the Pondicherry Heritage Festival takes our attention this year further afield right upto the town’s beaches. On next Saturday, wildlife and conservation filmmaker Shekar Dattatri’s documentary, India’s Disappearing Beaches – A Wake Up Call, will be screened by PondyCAN (one of the organisers of the festival). It will be followed by a presentation on the ongoing Pondicherry Beach Restoration Project and a field visit to the coast. Ahead of the screening, we caught up with Shekar and found out his view about the current scenario of India’s coastal health and how he has been keeping busy in his field of wildlife conservation.

"The inspiration for this short advocacy film came from attending a 45-minute PowerPoint presentation on the subject by Aurofilio Schiavina of PondyCAN. I offered to convert it into a short, stand-alone video that could be shown anywhere and also uploaded online. The main challenge was in taking a complex subject and turning it into a simple film that would educate people on the salient points of coastal dynamics and erosion," says Shekar. With a narration brilliantly done by well known theatre artiste and voice expert PC Ramakrishna, the 15-minute video elucidates in detail what went wrong with Puducherry's beaches and what needs to be done to stem the deterioration of the coast and the steady decrease in the natural flow of sand along it.

"In making this film, I wanted people, and decision makers in particular, to sit up and take notice of the havoc we are unwittingly and unnecessarily creating along India's coasts. Everyone who is proud of India's beaches must see this film and feel outraged about the needless destruction of our coastline (i.e. construction of ports and building of artificial rocky sea walls)," he says. 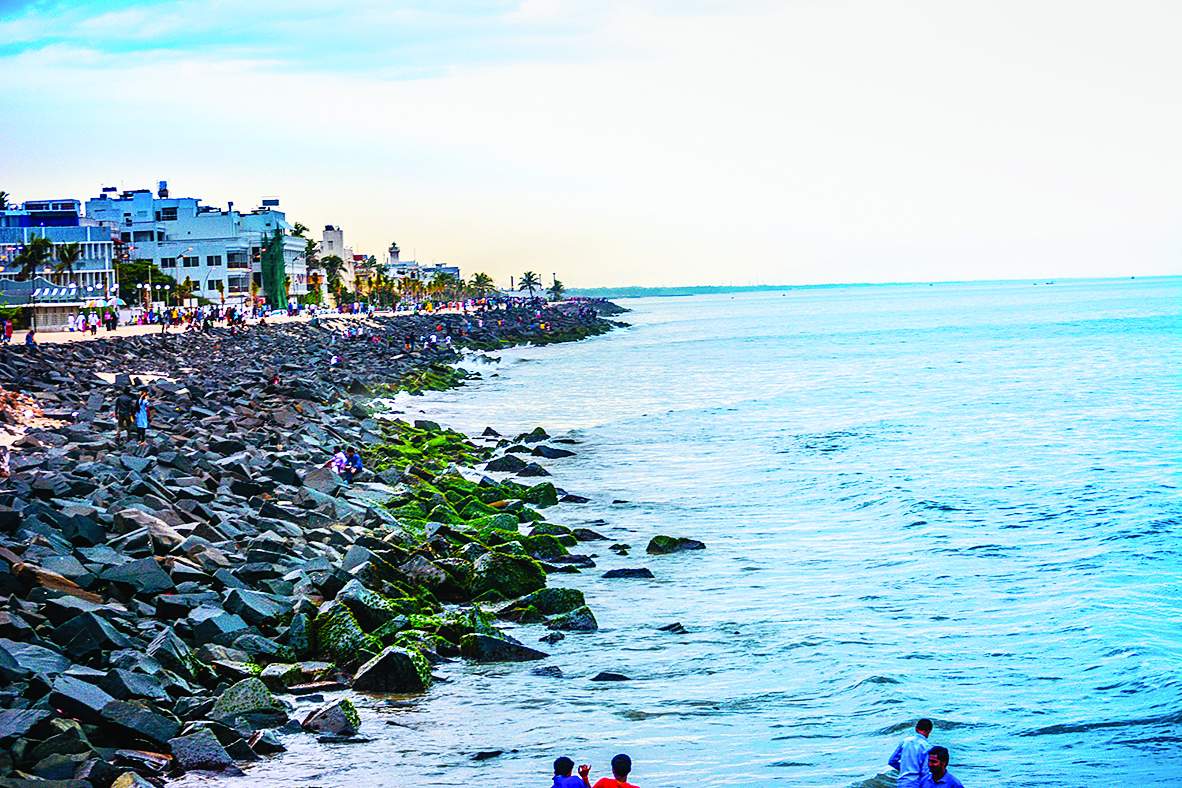 While his documentary continues to generate awareness about beaches, Shekar, on the other hand, has been doing what he does best, creating films on wildlife. His hands are currently full with projects. "Last year, I was commissioned by the Mysore Zoo to make a short film commemorating their 125th anniversary. I was impressed with the spacious enclosures and healthy animals, and enjoyed making the film. Currently, I'm researching a short film on the impact of roads and highways on wildlife and natural habitats," he shares, adding that the rapid expansion of developmental activities such as "highways, railway networks, hydel and other energy projects in regions of high biodiversity, and usual suspects like poaching, forest fires and habitat encroachment" are the biggest challenges faced by the wildlife in the country.

As for the beaches, Shekar has some harsh truths to share. "Everyone loves to hang out by the beach. The problem arises when resorts, roads and other facilities are built within 500 metres from the high tide line. By doing this we are seriously disrupting natural patterns of sand movement, leading to rapid erosion of the coastline. Through our short-sighted actions, we are literally 'loving' our beaches to death," he admits.