In its constant spirit of evolution, art has become a crossover endeavour over the years. Multiple disciplines line up to create many a work in recent times. Kashi Art Gallery’s latest residency programme has been a venue for such a confluence of varied modes of art.

Initiated with the theme of traditional art in today’s India, their month-long residency involves the work of three artists including Belarus-based Natallia Bahushevich, Canadian Monique Romeiko and Rajasthani Vagaram Choudhary. The collaborative output of the latter duo combines dancing, videography, and painting in two works titled Helm (a video installation) and Ok (a series of four paintings).

We talk to Monique, who has two decades of experience as a professional dancer, about combining contemporary dance with traditional Indian forms.

Welcoming tradition
Monique and Vagaram met in Jodhpur last year and through a pilot project realised that they’ve much in common. “While discussing our personal practices, I realised that I had been inspired by the same imagery as him. We experimented with mixing our mediums and had a beautiful connection. I think we’re both satisfied that together we accomplished some personal artistic goals,” says Monique, over an e-mail.

Being in ‘a transition from the stage to the gallery’, she’s been creating contemporary dance video-art. So, their attempt was to see how they can reference miniature painting tradition of Vagaram’s home culture in a video piece. “For me, it’s the content more than the beauty or aesthetic. We spent a long time making sure every element had meaning, and often multiple meanings. For example, symbolism is embedded in Indian traditions, so this was something we had a lot of fun playing with,” informs the danseuse.

Both the works have been designed out of videos, the creation of which was the primary task at hand. The subjects are mostly professional dancers who were choreographed. “For Helm, a fisherman is present throughout the piece, as are two dancers. The painted print series called Ok was a video piece from which we re-extracted ‘the figure’ and added illustration on top of,” says Monique, about their creation which also has symbolic representations of Kerala like a banana and an elephant. 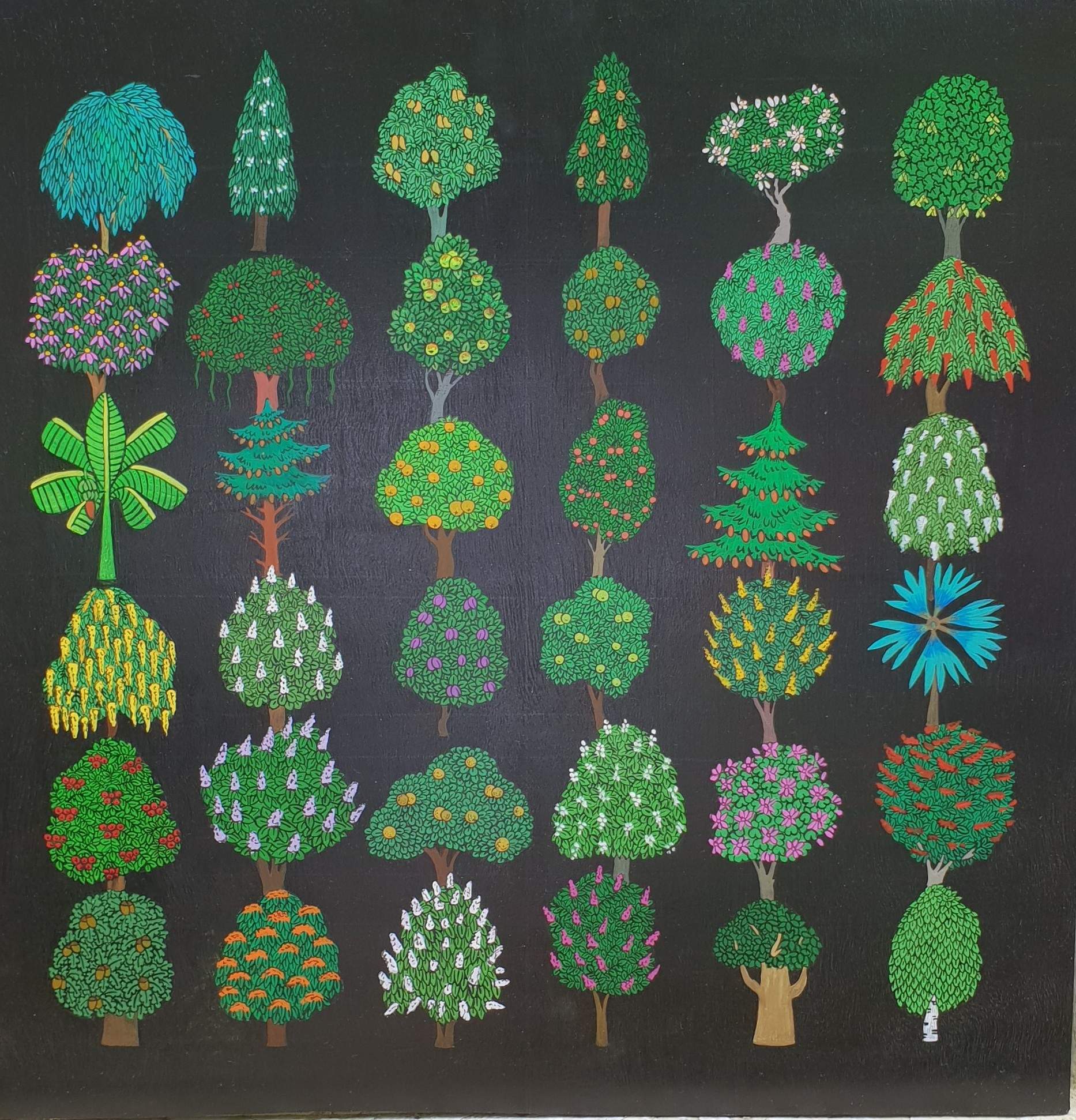 The relevance of Natallia’s work, in an India replete with religious intolerance, is evident in its search into living without conflict. Her socially responsible style is a statement that peaceful coexistence can come around through acceptance and respect for different faiths, cultures and ethnicities. Finished in acrylics on plywood, her painting series titled United Diversities uses classical art elements like pichwai paintings in a contemporary approach.