The defining thought of China in Drag, the debut novel of Michael Bristow, Asia/Pacific an editor for the BBC World Service, is of the writer constantly chiding himself for not having seen the obvious. Starting from the very first pages, the thought recurs until the book’s end — how could he, as a journalist, not have read the obvious signs?

The story Bristow recounts, looking back over a two decades-long stint of reporting on China, is about his Chinese teacher, who unexpectedly shows up at his door one morning, dressed from head to toe in women’s clothes.

A tight white T-shirt that clearly showed a bra underneath, glitzy silver writing on the front, matching white three-quarter length trousers with tights pulled on, pink lipstick, light-blue eyeshadow, and thick black eyeliner on his brows — that’s how Bristow describes that unannounced encounter. “He smiled and said: ‘You don’t mind, do you?’ as he wafted a hand casually in the direction of his clothes,” describes Bristow in the book.

The signs he ought to have paid heed to would seem fairly commonplace, says Bristow, as his teacher would at times show up wearing glowing pink lips, T-shirts that seemed far too tight for a man aged nearly sixty, and tops that often had colourful logos emblazoned on the front, sparkling like the jewellery he sometimes wore.

Was it lipstick? And why was he wearing jewellery? Also, why did he try and get a facelift? As Bristow writes, “I’m a journalist for the BBC, I’m supposed to spot these things. The whole point of going to China was to observe the finer aspects of Chinese society.” But he never did, for many years — until, of course, the morning of the revelation. Lipstick for a lesson
But China in Drag, tag-lined “Travels with a cross-dresser”, isn’t a document on the transvesite community in China. “I wouldn’t like to be a spokesperson for cross-dressers or try to work out why people do it,” says Bristow in an email exchange.

“I’m sure each person who decides to wear the clothes of the opposite sex has their own reasons for doing so, and each motivation will be different. I just told the teacher’s story and his reason for dressing as a woman,” he says. “I will say that with the teacher, he was simply being himself when he wore women’s clothes. It was just another part of his personality.”

As a personal account, China in Drag is in fact thoroughly entertaining, and very endearing. “The book was intended for people outside China who want to know more about the country and its people, but don’t necessarily want to read something heavy about politics or economics,” explains Bristow.

“The book I wrote is not necessarily more balanced than my journalism, but it did include topics and incidents that I perhaps wouldn’t cover as a reporter, in order to give a fuller view of China,” he says. “That’s why there’s both criticism and praise in the book. It was meant as a work of non-fiction, but I tried to write it in a way that would make it a relatively easy, engaging read.” 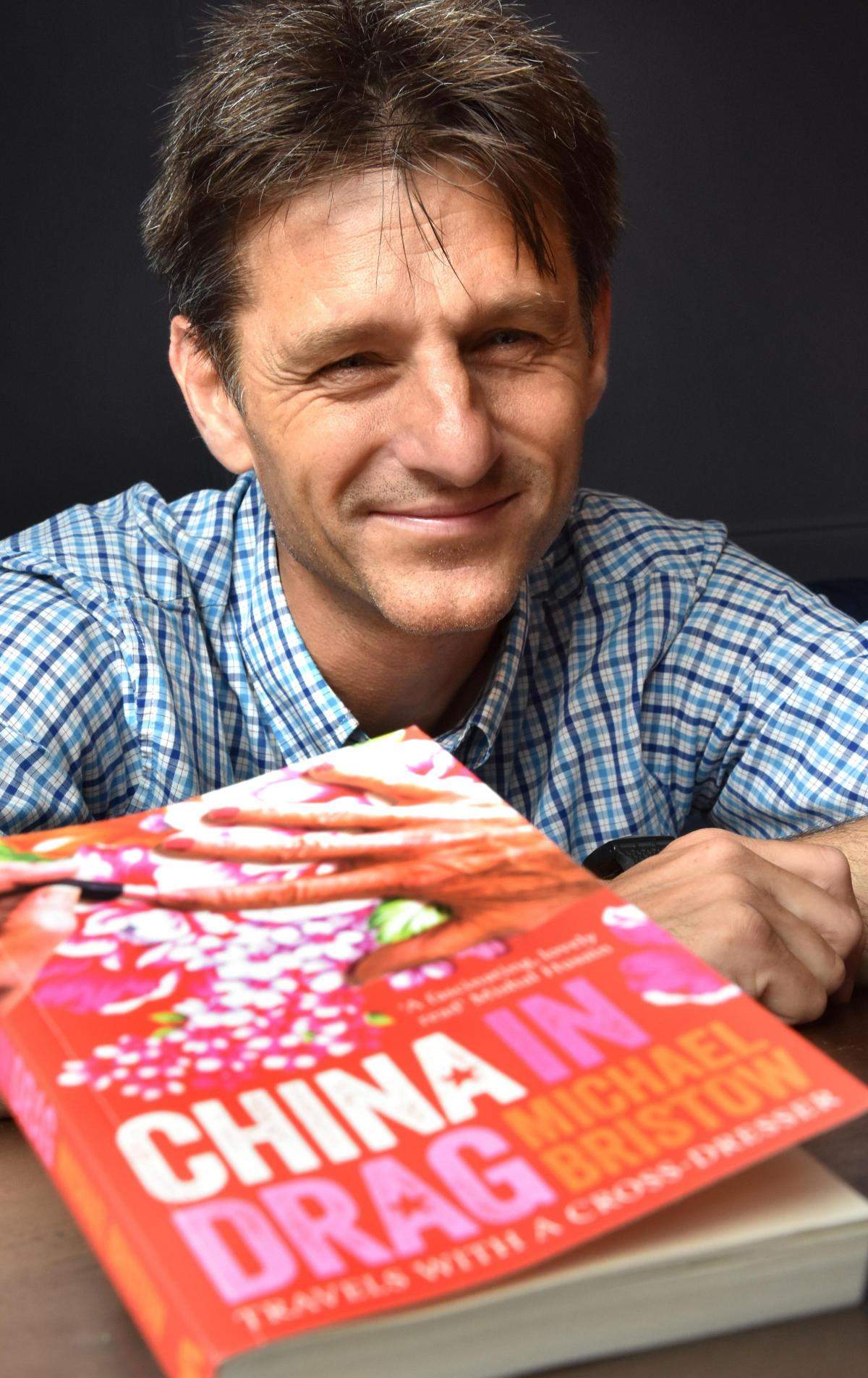 More than sexuality
Bristow doesn’t bother with pointers on Chinese culture, or lessons in the language and instead dives headlong into a bizarre real-life story, which only seems more freakish given that the incidents described were actually a part of the writer’s experience.

“It wasn’t easy to learn Chinese — and I haven’t mastered it. I still have lessons,” admits Bristow. “I didn’t put much Chinese in the book, but I did include one or two phrases that I thought would help illustrate how people think, such as the phrase, ‘mei banfa’, which can be broadly translated as, ‘there’s nothing we can do’.”

The sexuality in the book, though stated up front, is actually rather latent, and secondary, almost a reflection of Chinese society in the present day. “I dealt with the sexuality issue by largely letting the teacher lead the way on when we discussed the topic,” says Bristow.

“He’d kept his cross-dressing a secret and then revealed it to me, so I thought it was best to let him open up to me when, and if, he wanted to. I also decided not to push the issue, because I didn’t want the teacher’s sexuality to become the only reason to write his story,” he says.

The human aspect ultimately makes this an enjoyable story, one that would be easily relatable in any major metropolis. “Sexuality is just one aspect of a person’s life; people are made up of much more than just that,” says Bristow. “I wanted readers to understand the teacher in full, and not just show him as a cross-dresser.”

Fantastic as the realities of Bristow’s story are, they’re far from unreal. Bristow is still in touch with his teacher, and even told him about the book. However, he adds, “I don’t think he will ever become famous, because he wants to remain anonymous, although it’s not beyond the realms of possibility that he will decide to come out publicly one day.”

As for recognising members of the gender now, Bristow says, “I don’t think I’m any more adept at picking up the things people want to keep hidden... and really that’s as it should be. As you’ve realised though, I should have perhaps asked him a few more questions.”