America, the beautiful tramp: In praise of Chandler’s bad girls

When I began my novel Maestra, one of the themes I was interested in exploring was that favourite of classic noir fiction, the relationship between the hard-boiled detective and the femme fatale. I revisited the wonderful novels of Raymond Chandler for inspiration. Asked to list his pleasures in life, Chandler’s detective Philip Marlowe enumerates chess, liquor and women, yet for the immortally laconic detective, true love is as elusive as a straight cop in Hollywood.

Marlowe sits firmly within, and indeed might be said to have inspired, the tradition of the maverick outsider, cynical, hard-drinking yet surprisingly cultivated, but unlike the conquests of more recent incarnations of the genre, say Inspectors Morse and Rebus, Marlowe’s girls are not all-too-human modern women, but proper old-fashioned pieces of gorgeous.

The kind of blondes who could make a bishop kick a hole through a stained glass window, with the kind of smiles you can feel in your hip pocket. Marlowe likes shiny girls, “hard-boiled and loaded with sin”, and of course he can only love them when they don’t treat him right. What makes Marlowe’s girls sexy is that they never, ever do. 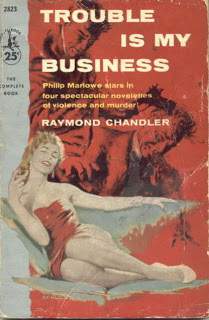 Nice girls are fine for those who are interested in nice girls, but Marlowe’s business is corruption, the anxious underside of the American Dream. Sexual allure is the tainted enticement of paradise lost, seasoned with a ghostlike tang of innocence beneath the scent of cheap perfume and cigarettes, as compelling as the faint sobbing of the wind across the gone prairies of a nation perpetually enthralled by the loss of its own virginity.

Marlowe is the original urban cowboy, no family, no money, no future; all he has is a coat, a hat and a gun. LA is the edge of the last frontier, and Marlowe weaves between pornographers and racketeers, gamblers and gangsters, whose landscape is a poisoned parody of Old World civilisation, caught between contempt and carnality.

Florian’s has become a gambling joint in downtown Hollywood rather than an oasis of calm in Venice, the drink-sodden aristocracy of Hollywood inhabit faux-baronial mansions, and Marlowe keeps the faith with French coffee and the French defence. He may quote TS Eliot, but the homecoming queens of his cornfed childhood have become two-bit hustlers wearing nothing beneath their drum  majorette’s shakos but glazed hessian boots, and the waste-land is where he belongs. 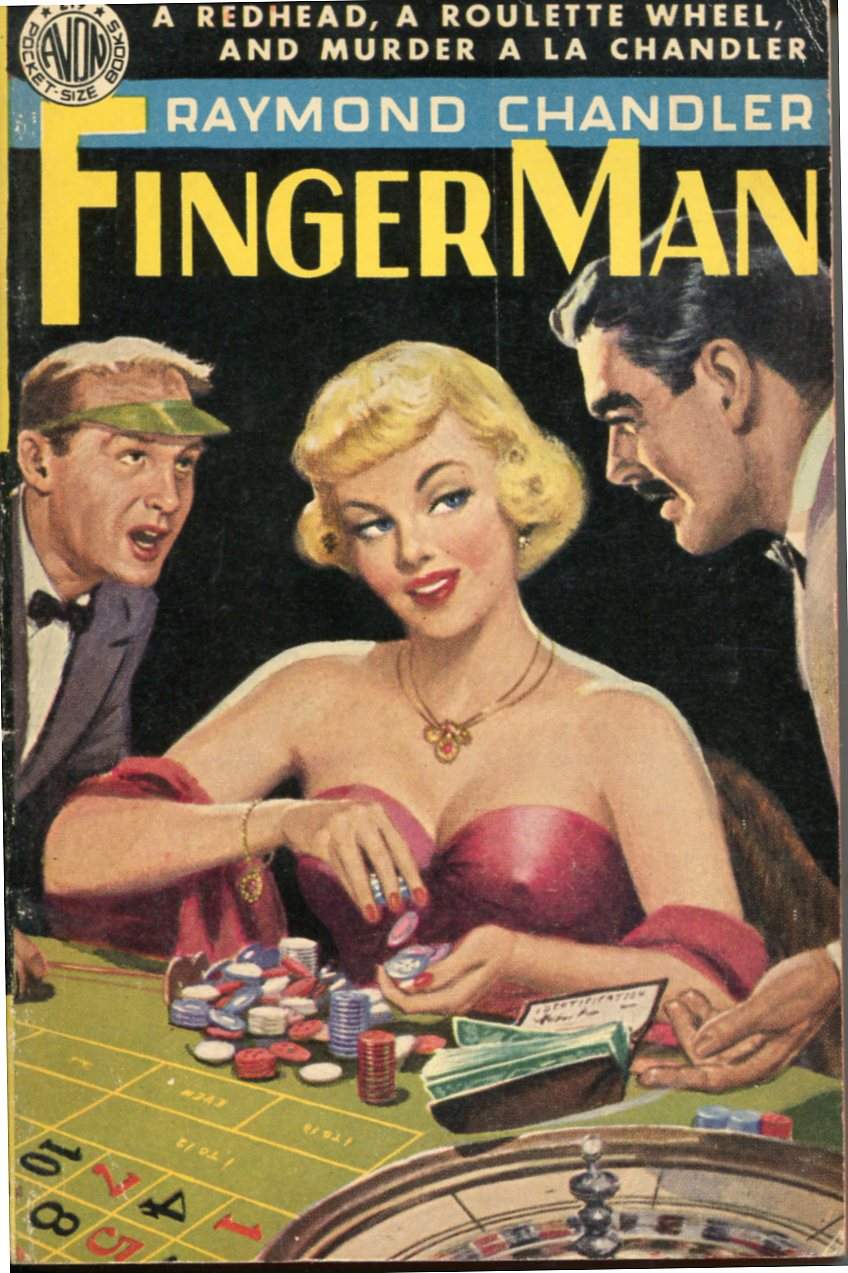 Chandler’s America figures as the kind of whorish girl Marlowe, despite himself, desires. Despite her acid smogs and her bad grammar, despite her TV habit, evil food and obsession with consumption,whatever you need, wherever you happen to be, she’ll have it. Somewhere out there is God’s own country, but in his darker moments Marlowe has to admit that it doesn’t interest him all that much.

But they never have headaches, that good girl’s weapon as deadly as the bravo’s rapier, and they never want to drag you back to Ohio and sit opposite you in a tract house underneath a steely permanent wave watching your brains turn to mud. Chandler’s Los Angeles may be the brothel of America’s soul, but he is under no illusions as to the desert of marriage a la midwest. The conjugal kitchen may be bright white and shiny, but the conjugal bed is as cold as the brand new icebox. 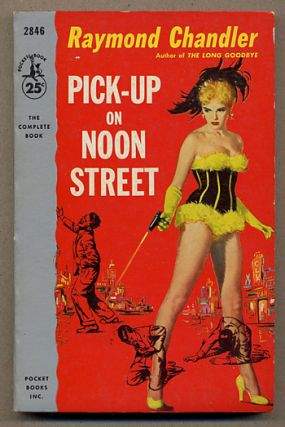 In contrast with the Doris Day types who will always lose out in the sexual bakesale, Marlowe’s girls are neither independent nor mercilessly chipper, and emphatically, they are not skinny. They are as luscious and as foetid as orchids, but the packaging is so delicious you can’t care about the junk inside. They have soft breasts and generous mouths and hips as enticingly curved as the highway from LA to San Francisco.

Are they bad because they are sexy, Marlowe’s poisonous Miss Americas, or are they sexy because they are bad? What makes Chandler’s posing of the question in the 1940s compelling is that more than sixty years after Marlowe first pushed his fedora from his brow with the barrel of a Colt, America still seems to have found no solution, no way to reconcile its nostalgic yearning for an intangible and uncorrupted national past with a present which seduces yet repulses the world.

Standing on the edge of the continent, Marlowe smells the ocean, and recalls that here had once been “a clean open beach where the waves came in and creamed and the wind blew and you could smell something beyond hot fat and cold sweat”.

Chandler is not a sexually explicit writer, but in giving Marlowe his cheerleading squad of no-good blonde Venuses, with their implausible hats and unbelievable Scotch habits, their magenta nails and their siren arms, he reminds us that, secretly, we still want to paw and suck and worship at the body of America the Beautiful. Even if she is a tramp.

LS Hilton is a British journalist, art critic and writer. Her new book Domina is the second part of the Maestra trilogy.