Given the apt tag of an InstaPoet, online sensation Rupi Kaur gained worldwide recognition with her first self published anthology of prose and poetry, milk and honey, which also went on to feature in the New York Times Bestseller list. With 1.6 million followers on Instagram and counting, the 24-year-old is back with her second book, the sun and her flowers, releasing next month.

In an email interaction, the Indo-Canadian artist and author talks to us about her journey as a poet, and her deliberate exclusion of upper case letters, not as a nod to American poet and writer, EE Cummings, apart from what she thinks of the feminist movement in the contemporary context. 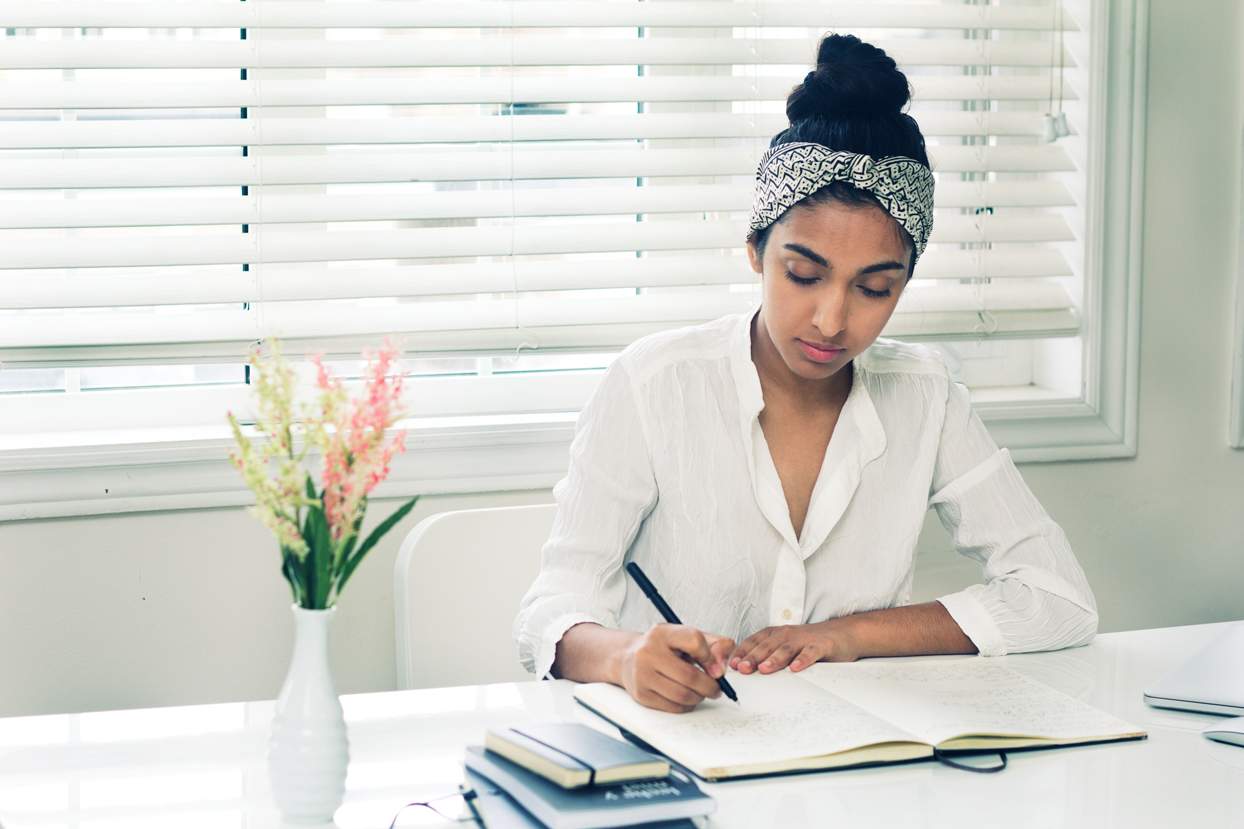 How did poetry happen for you? Was it an extension of your art in general? What was your journey as a poet?
I started taking writing seriously toward the end of high school. I began to perform more frequently at open mics held in community spaces. But I had been writing poetry since elementary school just for fun. I'd write my friends poems for their birthdays or I'd write poems for school crushes. In university I studied Rhetoric, which meant intensive writing work. Poetry is an extension of me. My body. Her experiences. It’s my art. A reflection of how I interact and make sense of the world around me.

Tell us about your upcoming book. What sets it apart from milk and honey? Why the time gap between the two?
I look at the sun and her flowers and milk and honey as siblings. Cut from the same cloth but unique in their own ways. Their birthing processes were different . I released milk and honey when I was still in university. The sun and her flowers was months and months of writing and rewriting and editing. It’s expansive. I've expanded as a person and so has my worldview. Milk and honey was published three years ago and a lot has changed since then. I think readers will be able to sense this growth when they hold the new book in their hands and read the poetry and see the illustrations. It’s rooted in the realities of “milk and honey” but there’s a growth that I’m very excited for readers to experience!

What is your writing process? How long does it take from conception of an idea of a poem to its completion?
Journaling and free-writing is the first process. I have a standard journal. I arrive to it each morning. And I always free write. I might not revisit any of these pieces for months. But when I write something that stands out to me I will transfer it to a computer and begin the editing and revising process.

Some poems are immediate. They are inspired by experience and realisation. Others take months as I contemplate and edit and edit. What is the reason behind the absence of upper case letters in your work?
Although I can read and understand my mother tongue (Punjabi), I do not have the skill set to write poetry in it. To write Punjabi means to use Gurmukhi script. And within this script there are no uppercase or lowercase letters. All letters are treated the same. I enjoy how simple that is. How symmetrical and how absolutely straightforward. I also feel there is a level of equality this visuality brings to the work. A visual representation of what I want to see more of within the world: equalness.

And the only punctuation that exists within Gurmukhi script is a period. Which is represented through the following symbol: | So in order to preserve these small details of my mother language I include them within this language. No case distinction and only periods. A world within a world. Which is what I am as an immigrant. As a diasporic Punjabi Sikh woman. It is less about breaking the rules of English (although that’s pretty fun) but more about tying in my history and heritage within my work.

How do you feel about the tag of a 'millennial' poet? Since social media has played an important role for you, how do you feel writing and literature is changing with respect to the internet?
I look at the internet as a medium. At first I published milk and honey on my own. There was no traditional market for what I was creating. No publishing house was going to release it. So the vast majority of interactions with milk and honey was through word of mouth. Friends would give it to other friends. Sisters to sisters. Mothers to daughters.

Social media has allowed for us to bypass the traditional gatekeepers who would choose what work is worthy of publishing. Nevertheless people have been writing in this stylistic way for generations. I think social media allows people to grasp a concept of my work. Enabling them to then pick up the book. Or attend my shows. I think the gravity of how universal this can be is awing.

One of my favourite shows was in May 2017 in a beautiful courtyard this past summer in Barcelona. There were hundreds of people there who were interacting with this work. That amazes me. To be in a conversation with them. About their lives. Their journey. Their hopes. Aspirations. Fears. Traumas. Triumphs. The universality of that I was extremely thankful for.

What is your take on the various shapes that the feminist movement is taking today?
I look, acknowledge and am grateful at the progression being made. I’m thankful for the generations of trailblazers who’ve led us to this moment in time. Then I quickly think about how much more we need to do. There is so much —from accepting a term like feminist within global discourse to realizing that there are so many linkages that intersect our idea of feminism.

The intersectionality of the feminist framework is important to me. It’s like understanding the idea behind Chimamanda’s quote, “Feminist: a person who believes in the social, political, and economic equality of the sexes.”  For me that also means understanding the narratives and struggles of the marginalized—those that live at the periphery of societies. The lives of those who are the global aftermath of the wars of ideas and portrayals of power. I believe we need to ask ourselves—what type of a world do we want? And how can we individually contribute to that formation.

Reading wishlist
Last book she read: The Brief and Wondrous Life of Oscar Wao by Junot Diaz
Next on her list: Half of a Yellow Sun by Chimimanda Ngozi Adiche, Reading Lolita in Tehran by Azar Nafisi, The 5 Love Languages, Commonwealth by Ann Patchett