Anjum Hasan’s collection of 14 short stories, A Day in the Life, set in varied locales across the country, offers a medley of characters, experiences and situations that are not only relatable but beautifully etched, realistic portrayals displaying different levels of inner angst in an extremely nuanced manner.

Hasan says that the original focus was just on the individual stories and the idea for the book came later, as was the case with her previous collection of short fiction, Difficult Pleasures (2012). “Four years back, when I started writing these, I didn’t really know whether it will be a book. I actually don’t write books of stories, I write stories that become books. And,I believe that they can speak to each other when they do come together,” says the Bengaluru-based author, who admires the works of writers like Anton Chekhov, Raymond Carver, Siddharth Chowdhury and Shamsur Rahman Faruqi, among others.

Excerpts from an interview, where Hasan chats about writing about empty spaces, contemporary life and the short story route. 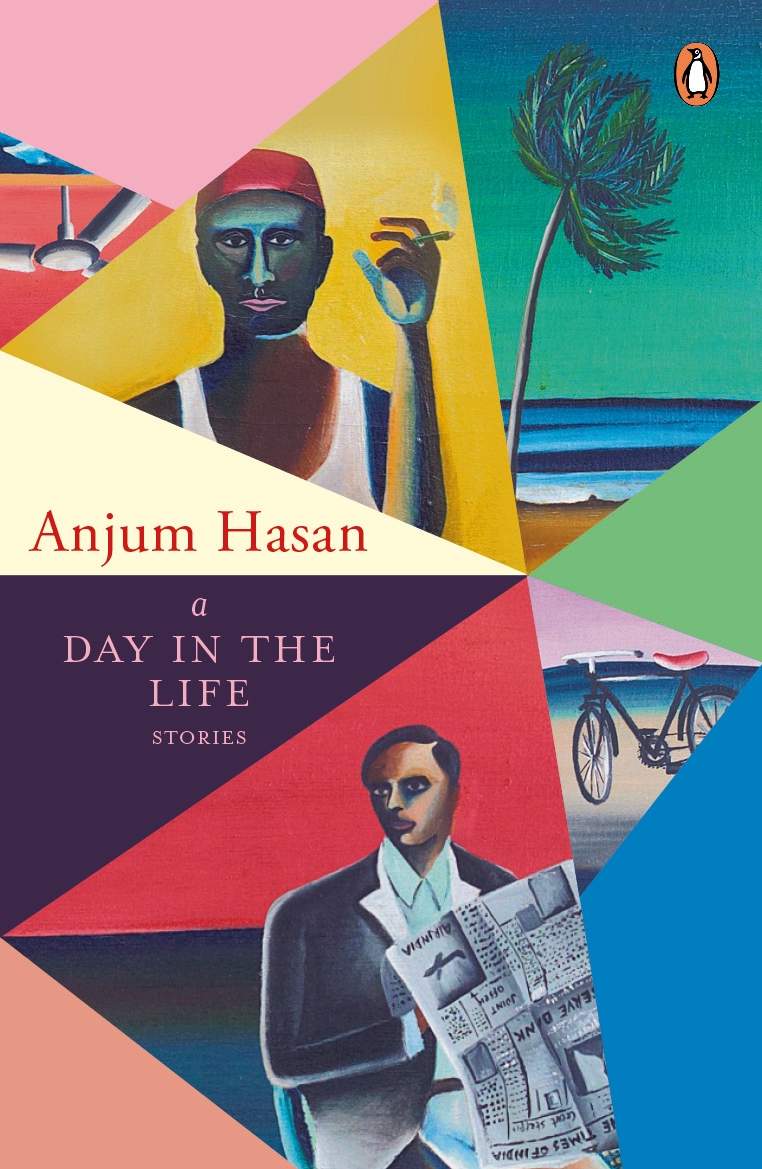 How did your own experiences in places like Shillong and Bengaluru help you to create these characters and spaces?

I do tend to write about things that are close at hand, but not necessarily autobiographical. I am interested in the local in that sense, like what’s happening in my neighbourhood, in the little shops in my colony, how children talk to each other, the birds and the trees, and so on. There may be certain things that are specific to certain cities, but I am not writing about the culture of a city.

As a fiction writer, I am more interested in the day-to-day things, and those can take so many forms, as they have in this book. So, some of my stories are such that they can take place anywhere, like Godsend, but some small things locate it in a particular place, and for me, that is more interesting.
There is another story called I Am Very Angry, which is in some ways, a Bangalore story. It’s about a man just reading the newspaper, and all of that news is taken from actual newspapers over two months.

That story is very Bangalore, as I mention particular Bangalore colonies, I talk about someone eating idlis and wanting more chutney and getting mad that he didn’t get any, and knifing the idli stall owner… Certain things thus, you can infer about the city, how it’s becoming more angry, the character certainly thinks so and he feels so helpless. So, in those ways, it becomes a comment on the city, but through the imagination or the experienced perception of one particular character.

You write from different perspectives, representing different walks of life in contemporary India, and the varied levels of angst thereby. How did you make all these voices sound so authentic, and the particular experiences so universal?

Maybe it’s because I write from contemporary life; my inspiration is just what’s happening now. I am not interested in esoteric experiences or things that are happening only to select people. My characters are “regular” in some sense, even though they feel slightly alienated. But, I think all of us, or whoever has even a little imagination, can feel alienated in the kind of world we live in today. All of us have moments of doubt and despair in this urban reality, some more than others.

As a storyteller there is just so much going on. We are spoilt for choice as there are so many stories happening around us in the form of ordinary experiences. For me, subject matter is not difficult. As long as you can create a little space for imagination in the character’s life, then it’s not that hard to write a story.

So, as for the authenticity of the voices, I don’t think I am striving for cultural authenticity... That doesn’t interest me so much as how they are feeling at the moment, and how they are expressing those feelings to themselves. In the inner world, authenticity only matters to the extent that it should sound human.

It’s in that private sense that I am striving for that authenticity, and it’s not difficult to do if you recognise that there are empty spaces in everyone’s lives. I want to explore those.

A lot of authors are going the short story route, why do you feel that is? In today’s post-modernist perspective, do short stories make more sense than a chronologically linear format? Does the short story format give more freedom to the author?

It does, but personally, I really like the short story format. I also love writing novels. But, I think there are very different kinds of pleasures that you can get from both. There has been a slight prejudice against the short story till recently. Now, there is more space for it. Maybe partly, it’s just a question of time, that people prefer reading a book of short stories to a 500-page novel.

In fact, I was surprised by the reaction to Difficult Pleasures, because I thought that it might be seen as a casual read or a ‘by the way’ kind of book. But, people responded to it very warmly. More warmly than Neti, Neti. Certainly in the Indian languages, short stories have always been strong. In English, the short story format was there, but we went through a period where we had to talk about Indian English fiction in a grandiose way. The novel had to perform the task of making India proud as Arundhati Roy, Salman Rushdie and Kiran Desai won the Booker.

So, in that language, a book of short stories seemed too lame. We had to write big novels. But I think that moment is over now. Maybe 10 years ago there was that sort of rhetoric. Now there is more space, and a bigger domestic market for fiction.

Any plans of going back to poetry?

Somehow, poetry for me has always been a matter of inspiration. I just can’t sit at a desk and write a poem. Lately, I tend to channel all inspirations towards prose. Frankly, I haven’t allowed myself the space to write poetry. Poetry is a more personal form and I feel that I don’t really want to talk about me. I want to talk about other people. But, I am not ruling it out. It’s just that fiction allows me to be other people and that’s very liberating.

I think, when you are younger, you feel there is something unique in you, and something you want to express, but as you grow older, you realise that’s not the case (laughs). And, it’s more fun to talk about other people you create or whom you notice. But, who knows? I may change my mind or there might come a period where I feel that there are things that can only be said through poetry, so let’s see.

What are you reading right now?

I’m reading Siddharth Chow-dhury’s The Patna Manual of Style, Evelyn Waugh’s Brideshead Revisited, Shamsur Rahman Faruqi’s The Sun that Rose from the Earth and also, Ali Akbar Natiq. I’ve been reading a lot of Urdu fiction short stories, but in anthologies. So, not a particular writer, but a selection. Also, I am looking forward to read Perumal Murugan’s The Goat Thief.