An Irishman in Lahore: Isambard Wilkinson's Travels in a Dervish Cloak through Pakistan

Isambard Wilkinson, the Irish-born writer and journalist, currently based in Hong Kong, weaves a vivid, multilayered narrative in Travels in a Dervish Cloak. Picking up from his many years as a foreign correspondent for the Daily Telegraph, his book showcases Pakistan in an intimate way that is rare for a non-native author. Speaking about his relationship with the country, Wilkinson states that it “evolved from being impassioned, youthful and slightly naive to more seasoned and blooded, but no less enchanted.” Here, he explains how he aims to dispel stereotypes about Pakistan.

There have been journalists in the past who have attempted to relate their experiences in Pakistan in the form of political memoirs cum travel tales. What makes Travels in a Dervish Cloak stand apart?
I hope that it stands apart because of my personal connection to Pakistan which is based on my late grandmother’s 50-year friendship with the Begum, a Lahore matriarch with whom I also became firm friends. The Begum was my guide and her house my gateway to Pakistan. I first travelled to see her when I was 18 years old and ever since I’ve seen Pakistan primarily as a guest and a traveller rather than a journalist. My book is a personal memoir of Pakistan at a particular time from a particular perspective.

What were some of your aims while putting together this memoir? Were there any prejudices or stereotypes associated with the South Asian country, particularly in the Western mindset, that you have sought to counter through your narrative?
One of the main aims was to dispel the narrow, one-sided view of Pakistan as a place full of Islamic fanatics bent on global destruction, and so yes I hope it will serve as a corrective to media stereotypes. On that count, I wanted to highlight the country’s diversity, rich history, traditions of tolerance, hospitality and its people’s sense of humour and panache. My aim was to produce an enduring portrait of Pakistan at a time when it was seemingly teetering  between the past and modernity and competing visions of what sort of place it should be.

In extreme terms, whether it will become  a liberal, open, peaceful place at ease with itself, its history and its neighbours or a paranoid, aggressive, nationalist, Islamist state. For example, will its old traditions of Sufi mysticism which permeated so much of its culture be replaced by more conservative, intolerant beliefs. I think Pakistan’s identity hangs in the balance.

Tell us how you came about the title of the book. What's the story behind it?
The title was inspired by a line in a tract on Sufism written by the 11th Century mystic Data sahib, Lahore’s patron saint, which said that all the mysteries of the universe could be found in a patched dervish cloak, “containing as it does the earth, the sun and moon and all the stages of the path to truth”. Pakistan itself seemed to me like a patchwork of peoples living along the threads of rivers and in the folds of mountains, imagining the universe in myriad ways. I saw myself crossing the cloak, grappling with it, trying to understand it, sometimes getting lost in it. I hope my title reflects the spirit of my quest and the Pakistan I wanted to portray. 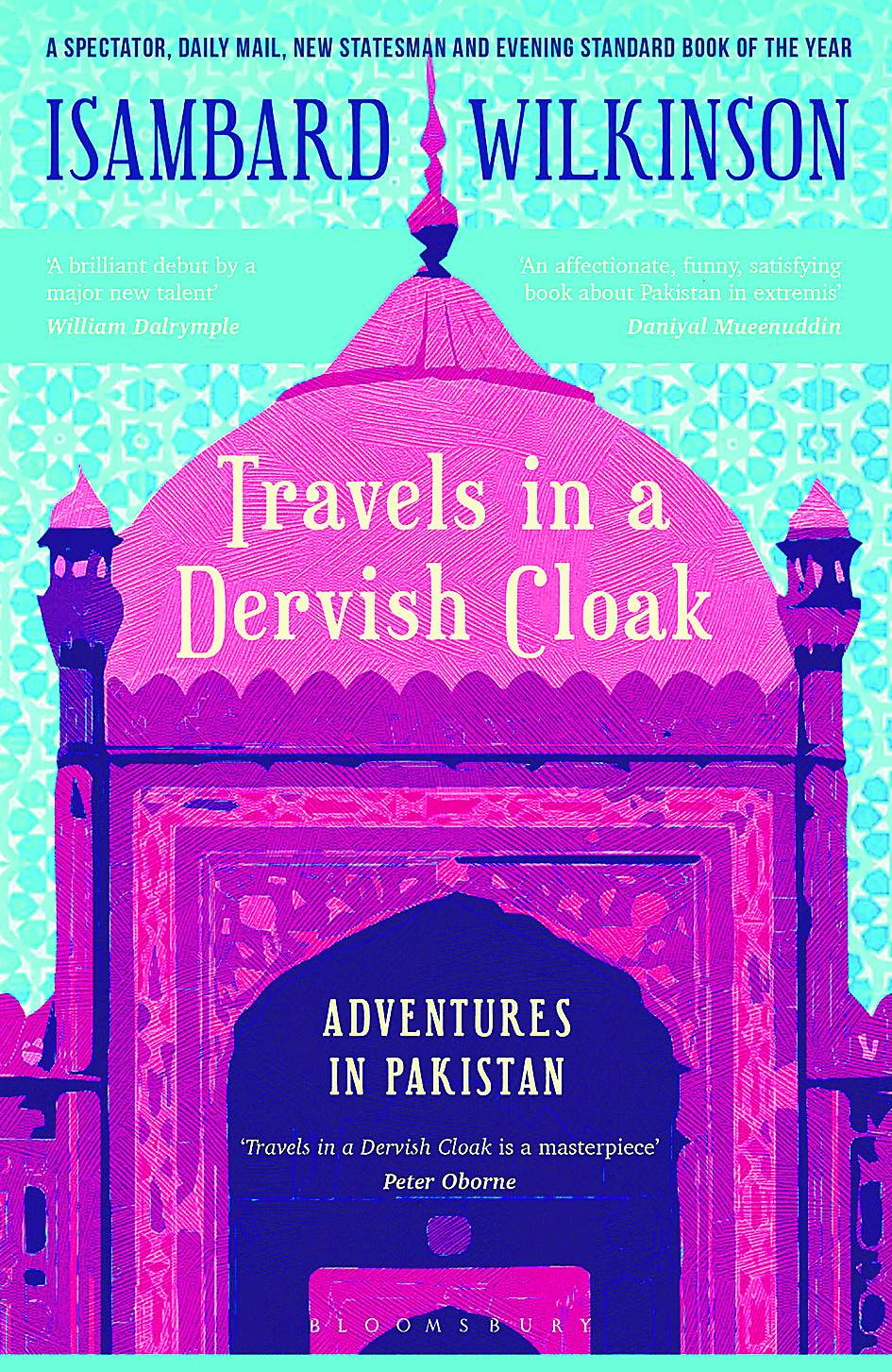 How did you go about balancing the political with the personal as well as the journalist's perspective with that of an adventurer's? What were some of the challenges you faced in translating your varied experiences in the country on paper?
I tried to weave together a narrative made up of the component perspectives of journalist, diarist and adventurer almost like a cook experimenting with ingredients. I wrote my way forward, trying to gauge when personal feelings or observations were needed to anchor the story emotionally or temporally and when political facts were required to provide context. It wasn’t easy. I would write and write and write and then lift my head up and wonder was it really like that, was the atmosphere really like this, was that really the essence of this event or that person, did I really feel that about such a thing, and is the story hanging properly together.

That’s why I chose the genre of travel writing - because I think it has more scope and tools at its disposal to capture a wider variety of possible experience, such as mood, colour, gesture, sense. Also, as an overtly more subjective form, travel writing automatically assumes the perspective of the writer and therefore doesn’t rely on an artificial stance of neutrality. At its best, it can compare with the finest novel writing, which is perhaps the most truthful form.

Were there any authors in the travel writing sphere who you looked to when you decided to write the book? Or any who inspired your own writing style?
Yes, very much. I’m an avid reader of travel books and am slowly working my through Eland’s wonderful catalogue of travel classics. The authors that inspired me include Dervla Murphy, Evelyn Waugh, Sybille Bedford, Patrick Leigh Fermor, Nicolas Bouvier, Siegfried Sassoon and William Dalrymple.

What are you working on next? Will we see you experimenting with any other genres?
I would like very much to write a novel of farce, but another non-fiction quest might lure me first.