New urban literature, Indian language writing, and translations — these are a few of the broad topics set to engage audiences at the 11th Jaipur Lit Fest. Neeta Gupta and Anu Singh Choudhary give us insights into the concerns of publishers, and prospects for aspiring writers.

Anu Singh Choudhary’s portfolio as a writer, translator and filmmaker speaks for her diverse talents. She has written across formats including radio, TV, films and new media, and has also written and directed award-winning documentaries and web series such as The Good Girl Show, which was adapted into the play Antardwand: The Conflict Within, and is now being turned into a novel.

The instance serves an ideal  counterpoint to the conventional route of print stories translated to performances, or programmes for TV or online. The author of Neela Scarf, a collection of short stories, and the memoir Mamma Ki Diary, Anu has translated over 20 well-acclaimed titles from English to Hindi. In an email interaction, she speaks about her writing process, and gives us an overview of the Indian literary landscape, leading up to this year’s Jaipur Literature Festival.

What are the big draws at this year’s edition of the Lit Fest? What do you think will be the big talking point?
Like previous years, writers from across Indian languages, and Hindi writers in particular, will be coming together in extremely carefully curated sessions to celebrate the magnificent legacy of Indian languages while sharing their views and ideas on contemporary trends in Indian writing. The one session that I am really excited about is called ‘Lok Bhasha’, where some of the eminent poets, writers and language practitioners of our times will be discussing the enigmatic linguistic roots and new trends in spoken and written Hindi. Hindi is one of the most spoken languages of the world, and is also the language of popular culture — namely, Bollywood — in India. And yet, it continues to be disregarded and looked down upon with disdain and hostility in its own land. In a session called, ‘Hindi Medium: Language and Elitism’, some of the youngest and most popular Hindi writers will come together to celebrate the ‘Hindi medium’, another session I’m looking forward to. And yes, there will be a much-anticipated announcement too — of the Oxford Dictionaries Hindi Word of the Year!

How are things changing for emerging writers to gain some of the attention that has long been reserved for writers in the English language?
To be honest, I was really hoping someone would raise this question. We are fortunate to be writing in the times of fairly democratic mediums that support and celebrate innovations and experiments in writing. There couldn’t have been a better time for emerging writers. With social media, we have direct access to our readers, and have several means to directly interact with them. The writers don’t really have to wait for the publishers to take their writings to the readers. If you believe in the story that you want to tell, and in your writing too, you will most certainly find your readers. If you are consistent in your writing, and have something fresh to offer, you will find publishers too. I think both readers and publishers are willing to experiment now. The numbers of some of the regional bestselling titles is a testimony to this fact. As for the attention vis-a-vis English writers, I personally don’t see any comparison here. The markets are different for the regional languages, and so is the readership demography. Therefore, the marketing and distribution strategy has to be different too. We must remind ourselves every now and then that we are not competing against any particular language. At the cost of sounding clichéd and preachy, I would like to say that we just need to focus on being true to the language we write in, and on creating legacies through sustained efforts and consistent writing.

How do you see Indian writing gaining acceptance at the international level?
Just take a look at the 2017 literary award longlists. That says it all. I am not in a position to make an all-encompassing comment on this, but I personally feel that there is one concern that at least bothers writers. A lot of us, both as readers and writers, seem to be looking for that ONE ‘bestseller’, which will satiate our intellect as much as it will entertain. The harsh truth is, there is no such formula.

Specifically to do with translations — what concerns would you like to address, in terms of choice and authorisation of translators, selection of material, and verification of translated material? A lot of translated work we get to see still remains unauthorised.
I couldn’t agree more. In terms of choice, I wish we had more editorial control as translators, and instead of just doing mindless literal translation, if only translators were given the liberty to ‘transcreate’. But that is the best-case scenario. What we should really aspire for as translators, editors and publishers is an ecosystem where authorisation is far more simpler, and that can only be achieved through more and more participation in national and global literary events. A lot of regional publishers work on a shoestring budget, and they neither have the inclination nor the resources to pitch for authorised translations. The only way out that we all see here is more and more institutional support for translations. That’s the only way to take literature across languages, and beyond boundaries.

Lately, we have also been witnessing an abundance of new fiction from a younger generation of writers, aided by relatively new publishers. What advice would you offer, to discern good, meaningful writing from mediocre publishing efforts?
I think the problem of multitude is a good problem to have. Frankly, there is no advice to give here because there is no set formula. Anyway, the power of literature is far greater than our own limited strategic thinking. The writings that have the power to affect our body, mind and feelings will continue to survive the test of time, and the problem of multitude. And frankly, in as diverse and large a nation as ours, there is space for everything, and anything. How would you encourage new writers to explore not only the mediums of print, spoken performance and online publishing — but also to experiment with form, as in novellas, dialogues and verses?
I myself belong to that generation of restless and multitasking writers, who compulsively straddle all forms of writing, and sometimes in both the languages too. And I have hugely benefitted from it. Taking up a new form, or medium, is like taking up a new challenge. As writers, we tend to slip into our comfort zones and then experimenting with our own writing becomes excruciatingly difficult. That’s when these explorations come handy. Only by experimenting and challenging yourself, you learn to expand yourself as a writer, and also as a human being.

It seems to have become a trend, to judge the success of a novel by its prospects to be translated into a movie. Many publishers are pushing such titles based on this measure. Is this healthy, in your view?
It is a great way of making a book popular, and hopefully writers and publishers will get to benefit from these successes too. On the other hand, there are way too many examples of adaptations going all awry. The movie world will continue to look at the world of words for stories and characters, which is a healthy trend. What is not healthy is the unfounded belief that a movie is the ultimate benchmark of success.

Tell us about your new projects. What can we look forward to, from you, this year?
In some ways, writers spend most of their lives under a spell. We rely on our habits of reaction, on our responses to painful events in our history — whether it is personal, cultural and political. While I am struggling to work on multiple writing projects across genres and formats such as short stories, a novel, a digital series and a film this year, I am also waiting for that ONE story to come from within which will take me to what is known as the ‘shamanic anatomy’ of writing. A writer’s job, much like a shaman’s, is to dispel the veil that separates the tangible from the intangible and the visible from the invisible. This year, I hope to move beyond the boundaries of ordinary perception to enter the new levels of insight. That’s what I look forward to from myself this year. That’s what you should look forward to too, from me and hopefully from other young and emerging writers as well. 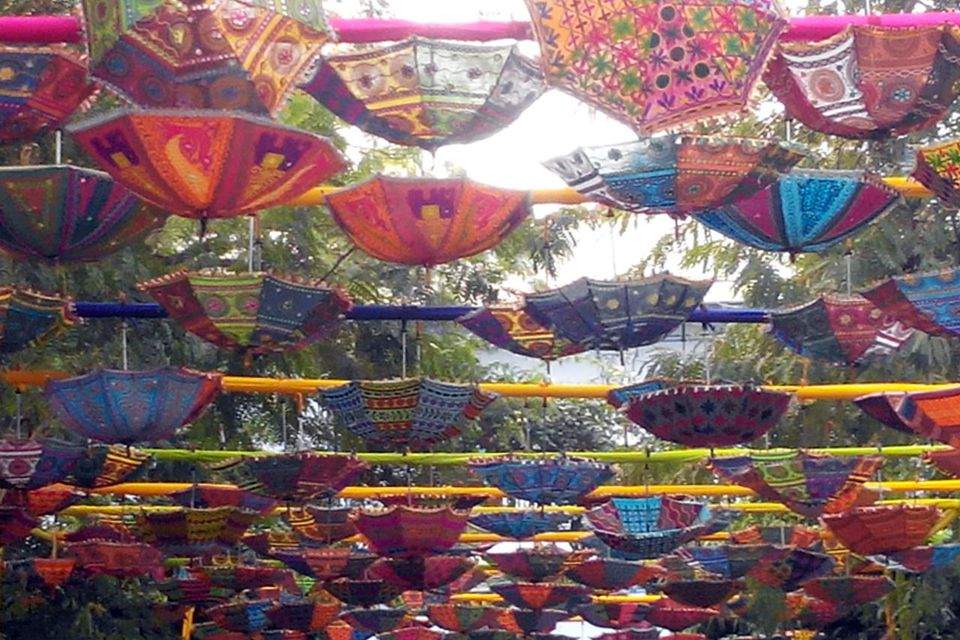 Give us a few words about the pleasures that you derive from the act of writing. In the new age, a lot of us seem to be losing touch with the exercise of putting pen to paper. How would you like to foster habits of reading and writing among youngsters?
Writing reawakens your love for life, and can fuel your spirit with the nourishment only words can offer. What a pleasure it is — to be able to embody the words in times when reality has become practically virtual. Reading heals, and writing educates. The pleasures derived from writing can be limitless, and the pains too. But is that not how we would like to live — by revealing the fullest potential of our heart and mind? And you can’t write enough if you don’t read enough. I do hope we all in some form get inspired by the power of reading and writing to transform not just our perceptions of the world, but ourselves too. What a beautifully enlightened world it will be where every single person reads to stay humble, and writes to spread love!

Do you have a particular genre that you prefer to spend time with? Are there any writers you would recommend for young readers to begin with?
I read everything that tugs at my heart, titillates my mind and stimulates my soul. I do not believe in distinctions, also because I do not know how to compartmentalise my own writings. But if you insist, I do have a personal soft corner for long-forms, both fiction and non-fiction. A few Indian languages writers (also available in English translations) young readers could begin with: Vivek Shanbhag (Kannada), Vinod Kumar Shukla (Hindi), Nirmal Verma (Hindi), Nabendu Ghosh (Bengali), Tarashankar Bandopadhyay (Bengali), MT Vasudevan Nair (Malayalam), Sundara Ramaswamy (Tamil), and Indira Goswamy (Assamese). The recommendation list can actually go on and on. What works best for a new reader is to figure out a genre that they enjoy, and then go by some decent online recommendations and reviews available. The point is, let us all create our own libraries, and our own reading lists this Lit Fest season.

The 11th edition of the Jaipur Literature Festival will be held at Diggi Palace, Jaipur, January 25-29. Entry is free and open to all.