Roli Books has released Jahnvi Lakhota Nandan's Pukka Indian or Purely Indian, which brings together a hundred objects that are the most coveted symbols representing Indian culture and design.

In India, to understand objects in terms of design one has to re-imagine design itself. Design in India is not entirely determined by the aesthetic appeal of the object, but by the significance of the object in everyday life, and is often influenced by its users.

In some instances, the age-old practices established by ancient Indian wisdom determine the design of an object, such as the datun (neem tree twig) recommended for oral care or agarbatti (incense) used to heal and protect. On the other hand, the lota (a kind of metal pot) has been a part of everyday Indian life for centuries and its design remains unchanged even today. 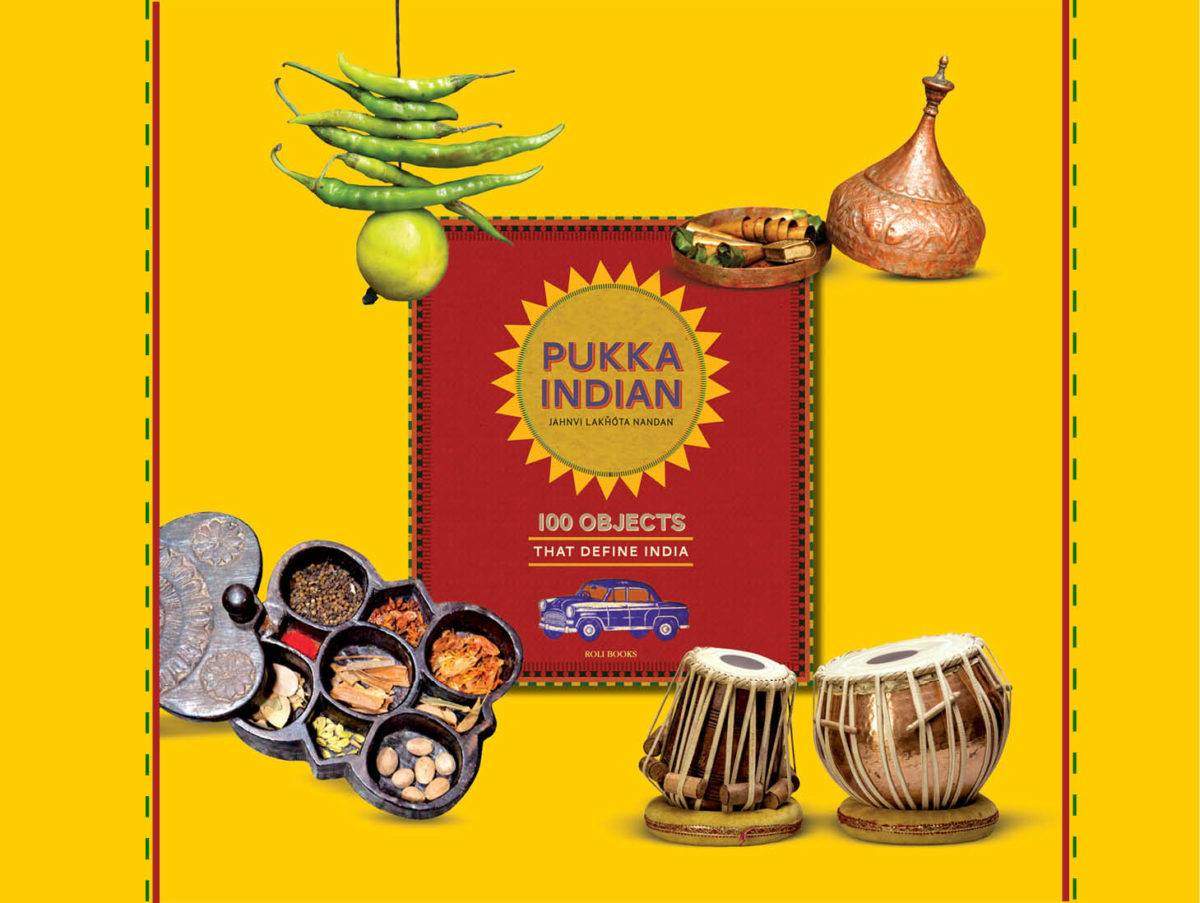 Pukka Indian or Purely Indian brings together hundred objects that are the most coveted symbols representing Indian culture and design. This illustrated book celebrates the diversity, versatility, vibrancy, and colours of design icons – ranging from kulhad to the kolhapuri chappal, Nano to the Nehru jacket, and auto rickshaw meter to the Ambassador – that set them apart in a country as multifarious as India.

Each of these hundred profiles compliments the intrinsically Indian nature of every object, and how they have impacted design, culture and, in turn, every Indian.

About the author
Born in Lucknow, Jahnvi Lakhota Nandan lives and works as a perfumer in Paris. She studied both architecture and perfumery and has a doctorate in architecture design from the University of Tsukuba, Japan. Her previous book Tokyo Style File is a guide to design in Tokyo. It is while studying design in Japan in the late 1990s that she became interested in identities and knowledge, both individual and universal, revealed through memories related to product design. Design thus became the chain linking the last two decades of her life; the chain that had first propelled her to study architecture and that then took her to Paris to compose with the most elusive of all materials – smell. In 2008, she created ‘The Memory Pod Project’ that is a theatre of olfactive memories, a project dedicated to the design of fragrances. With her second major project ‘The Perfume Library’ she creates spaces dedicated to the experience of the art of perfume. This book is a tribute to Indian design in all its senses.

About the photographer
Shivani Gupta is a professional photographer and Indian Classical Mohiniattam dancer from Mumbai. Within her own study with performance and the camera, her practice is the visual, ie, privileging the visual over the performative: beginning from the interior (the body) and moving to the exterior through the extension of qualitative matter: the camera. She is interested in the possibilities of the camera as an agent of personal and cultural myth creation where photography can be used as a process to excavate the magic of places, people and objects to present a reality that is not within the framework of the banal. She currently works from her studio in Goa.