Roli Books has released The Last Word: Obituaries of 100 Indians Who Led Unusual Lives, an anthology of 100 obituaries, written by journalist Rahul Bedi.

‘Of all the obits featuring in the book, some of the subjects I knew well, others superficially, a handful by association and the remainder, not at all. But substantial portions of them were published before the Internet epidemic, necessitating extensive inquiry, meetings with relatives or friends of the deceased and research in musty newspaper archives; information that is all available today at the end of a cursor. All these years later all I can say is that the entire exercise was a challenge and above all, gratifying as my subjects’ lives revealed India’s rich, wide and intense human resource heritage. ‘In short, the obits are also a lesson to us all: act now. After all, as the adage goes, life is not a dress rehearsal: make the show worthy of a racy obit.’ 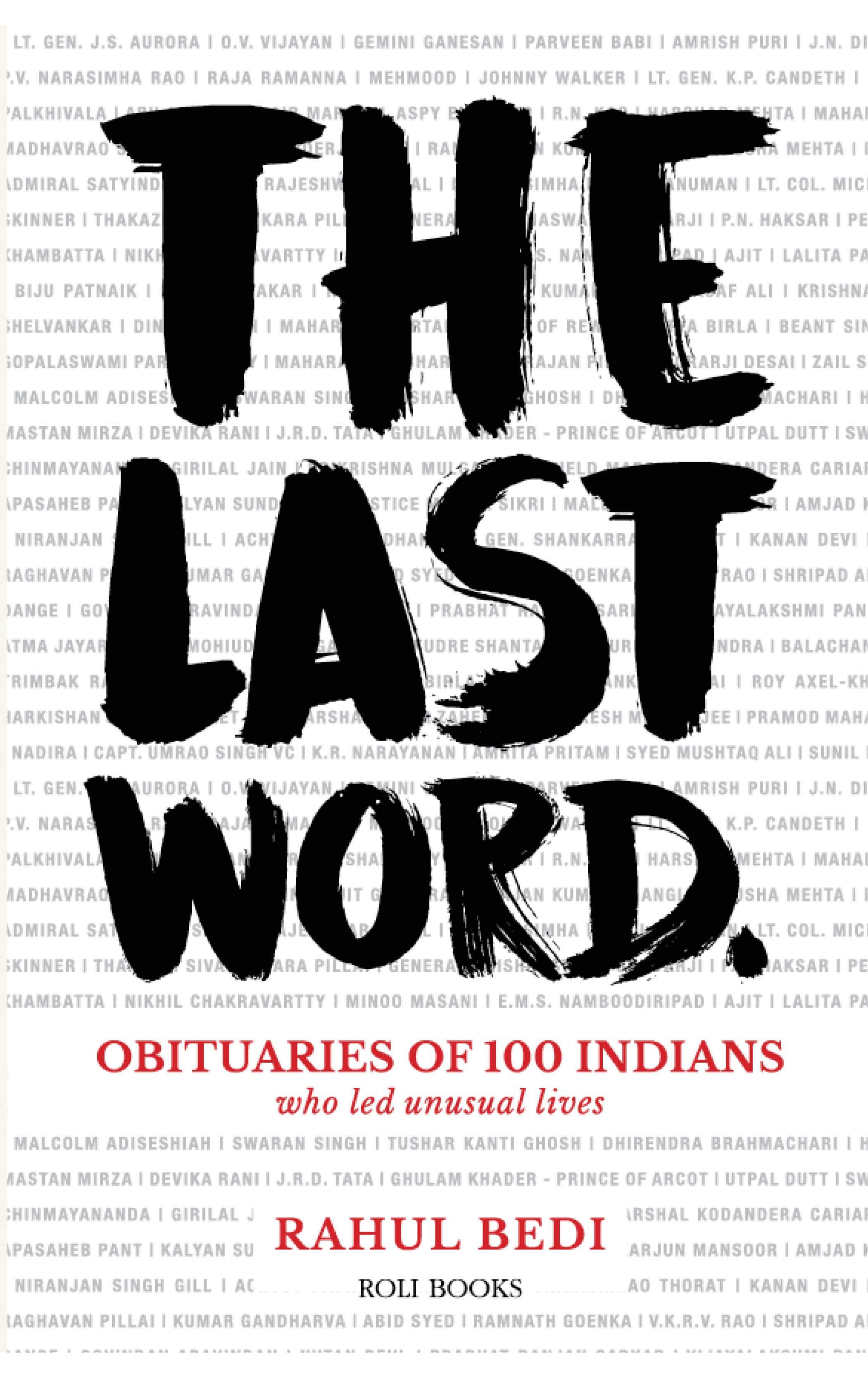 About the book
An anthology of 100 obituaries written by journalist Rahul Bedi. Published between 1990 and 2008 in the Independent and Daily Telegraph, the collection ranges from obits written for people like Harkishan Singh Surjeet to Minoo Masani, and from Morarji Desai to Vijayalakshmi Pandit. These are not just obits but they also celebrate the extraordinary life of people who have changed the idea of India. Many of these were young professionals, politicians, film actors, writers, musicians or scientists when India got Independence and have played a crucial role in their fields of work.

About the author
Rahul Bedi has been a journalist for 38 years, beginning his career with the Indian Express in 1979. He was posted in London in the late 1980s after attending Oxford University as a Reuters Fellow. Presently, he is New Delhi correspondent for Jane’s Defence Weekly, UK, the Irish Times, Dublin, and the Daily Telegraph. He was also Assistant Master at Mayo College, Ajmer and the Doon School, Dehra Dun in the 1970s.