Ruby Lal's latest literary endeavour, Empress: The Astonishing Reign of Nur Jahan details the reign of the 20th wife of the Mughal emperor, Jahangir, while looking beyond popular perceptions of the strong female historical figure as an object of affection.

“The history of erasure of her leadership has deep resonances with the way in which women leaders are perceived in the modern world,” Lal says, adding how scholarly works on the queen focus on her love story with Jahangir, often at the cost of the romance erroneously being taken as “the explanation for her rise” in the court.

Here, the author chats about what sets apart her take on the Mughal queen, and the importance of oral traditions.

Do you feel that particularly in today's world where feminist discourse is gaining ground at the same time as religious intolerance is becoming widespread, it is important for stories such as Nur Jahan's to come to the fore?
Absolutely. Very important indeed. Having Nur Jahan as the central figure of the history of India changes everything. It means emphasizing pluralism, different ways of being, tolerant and respectful India, with women at the centre-stage. 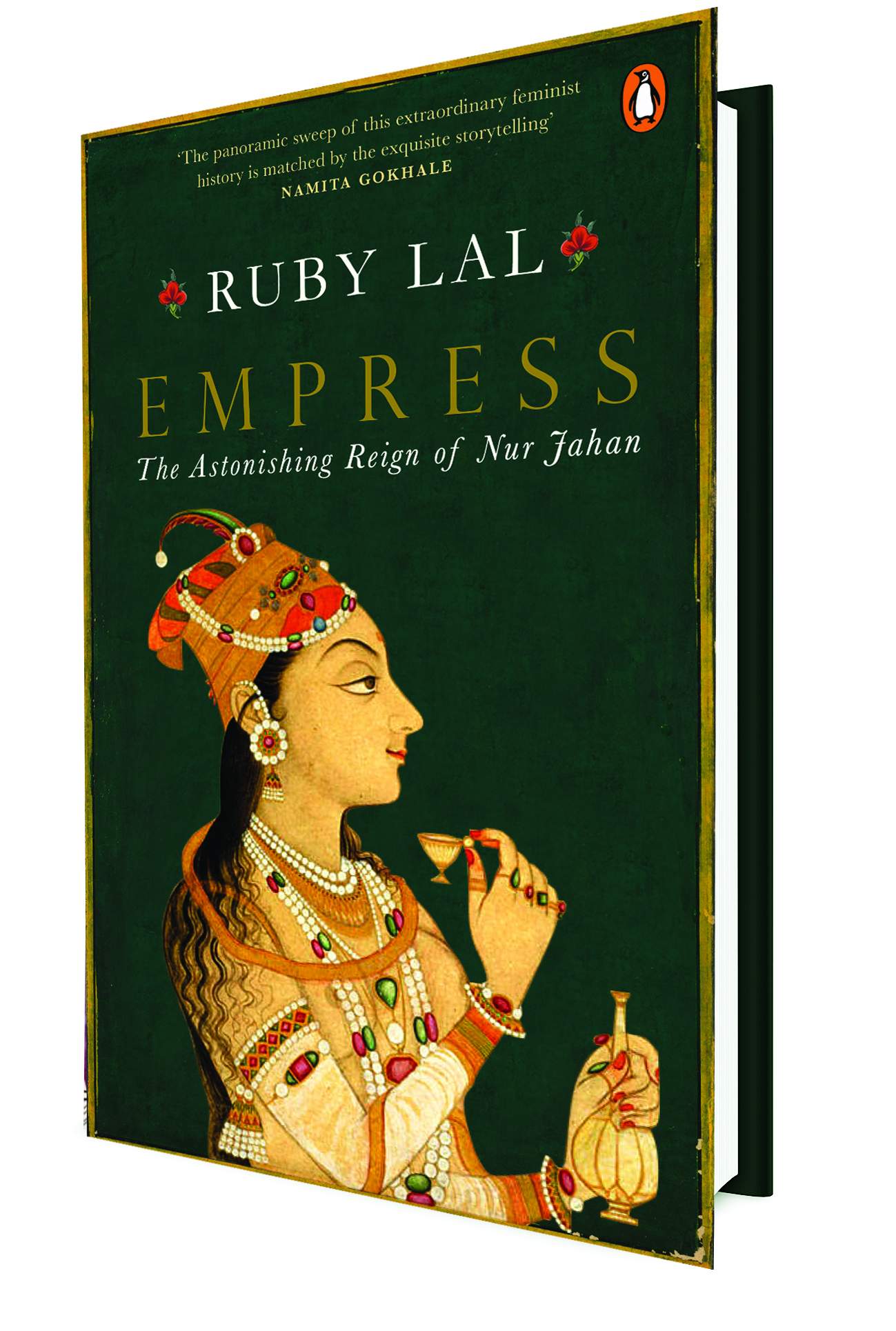 There have been books recounting Nur Jahan's fascinating life. What makes Empress stand apart?
Empress is the first book to propose the term co-sovereign and I detail the rich and wide ranging aspects of Nur Jahan's sovereignty. Scholars have for some time acknowledged her power, almost in bullet points, but never in any concrete way thought through her power.

There is still the tendency in scholarly and other writings to lock Nur's power in a romantic story with Jahangir: in fact that romance becomes the explanation for her rise. Historians still ask about the evidence of her power, rightly, but seem to have a disbelief in how much there  is. The records are plenty and rich. It’s how you approach the courtly documents, paintings, poetry, coins, architecture - and even legends (all in the book and end notes!).

You mention that oral traditions of storytelling formed a key aspect of your research process. Can you elaborate?
I first heard about Nur Jahan from my mother when I was a little girl. She called her Maharani, Queen of Queens, a description so vivid that it enchanted me. I never heard that description in the popular imagination, such as in the renderings of the tour guides or those of history aficionados that I interviewed in India and Pakistan. But magnificent legends soak her life. And I wanted to think about these because they converged with many facts of history. Indeed they are central in the public imagination.

While your previous books had a more academic narrative style, 'Empress' reads more as a story told through a somewhat personal lens. Any particular reasons for the shift in tone and style for this book?
I wanted Empress to  have a wide appeal. Such an important figure - the only woman ruler among the Great Mughals of India - yet Nur is wiped out from historical memory. I had the feeling that the history  of her power would resonate with younger men and women, those concerned with the plural ethics of India, Pakistan, Bangladesh (and the world), and those that love history.

So, I decided to write a narrative history of the astonishing reign of Nur Jahan that could be an enchanting story with scholarly detail, rich but uncluttered and effectively written.