Five exciting graphic novels to look forward to in 2021

As the popularity of graphic novels continues to grow, beyond names like DC, Marvel and Manga, we take a look at the most interesting releases expected this year:

Pixels Of You by Ananth Hirsh, Yuko Ota, JR Doyle 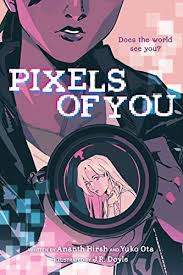 This is a futuristic sci-fi story of a human girl, Indira, who is cybernetically augmented, and an AI in a human body who struggles hard to fit into society. They work at the same gallery but their lives drastically change when they are forced to work together. This opens their eyes towards the true nature of each other and helps them see the world through each other’s perspective. As this rivalry fades and the friendship starts to grow, they find themselves feeling a connection that is beyond friendship. Expected November 9, 2021. 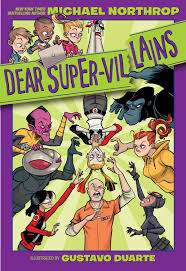 This sequel to ‘Dear Justice League’ highlights the Legion of Doom. Each chapter will make fans sympathise with the hated villains to bring balance in the universe. But, is the story an actual eye opener to the truth about the lives of the villains or is this a cover up of something massive? Expected April 6, 2021.

I Survived the Nazi Invasion, 1944 by Lauren Tarshis, Alvaro Sarraseca 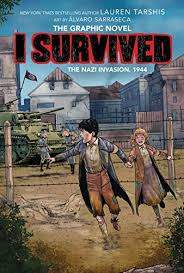 This is an adventure story about Hitler and the holocaust. When the Nazis force the Jews to live in bunkers, two siblings escape to a safe camp. But as soon as they breathe a sigh of relief, the Nazis catch up to them. Now will they survive after their escape is the ultimate question? The book isn’t just about the two kids but also includes historical photos and facts that will guide the reader through the story. Expected February 2, 2021. 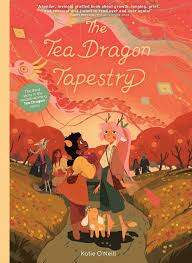 This is the latest in the award-winning Tea Dragon Series. It’s a psychological account of the quest to find the true meaning of craft and the meaning of care for someone who is grieving. The story continues with the characters Greta and Minette. Expected June 1, 2021. This story about time travel follows Shaheen and her cousin who are on a quest to find Shaheen’s missing father. Their only clue is an old glowing jukebox. Before they figure out what it does, the two girls are sucked out from the present-day and transported to another time zone based on the records they are playing. They journey through a tunnel of musical history, covering decades and hoping to find Shaheen’s dad before the music stops playing. Expected June 22, 2021.