This isn’t about grandfather clocks and nostalgia tickers. Although, certain sections of watch lovers are warming up to old-school fob and pocket watches. A few makers like the Swiss brand HYT are giving them an extreme spin too — look up the phantasmal LED-illuminated HYT Skull Pocket (and then consign it to the depths of memory). The bigger story is about a revival of minimal lines, spare flourishes and simplistic hand-wound mechanisms — given the benefit of new-age materials and centuries of perfected craftsmanship. The bottom line: if it’s classic, it’s eminently worthwhile. First applied in the 1780s by Abraham-Louis Breguet, the art of ‘guilloché’ — or the decorating of dials with hand-crafted motifs — remains the hallmark of Breguet timepieces, with detailed patterns visible on the dials and cases. Their latest dress watch, the ultra-thin (6.1mm) Classique 7147, includes typical features such as a fluted caseband and open-tipped hands in blue steel. The dial is made of “Grand Feu” enamel, includes a poetic minute track, with hand-painted fleur de lys hour markers, and the self-winding movement showcased on the back through a sapphire crystal. Available in 18k pink gold and 18k white gold. breguet.com 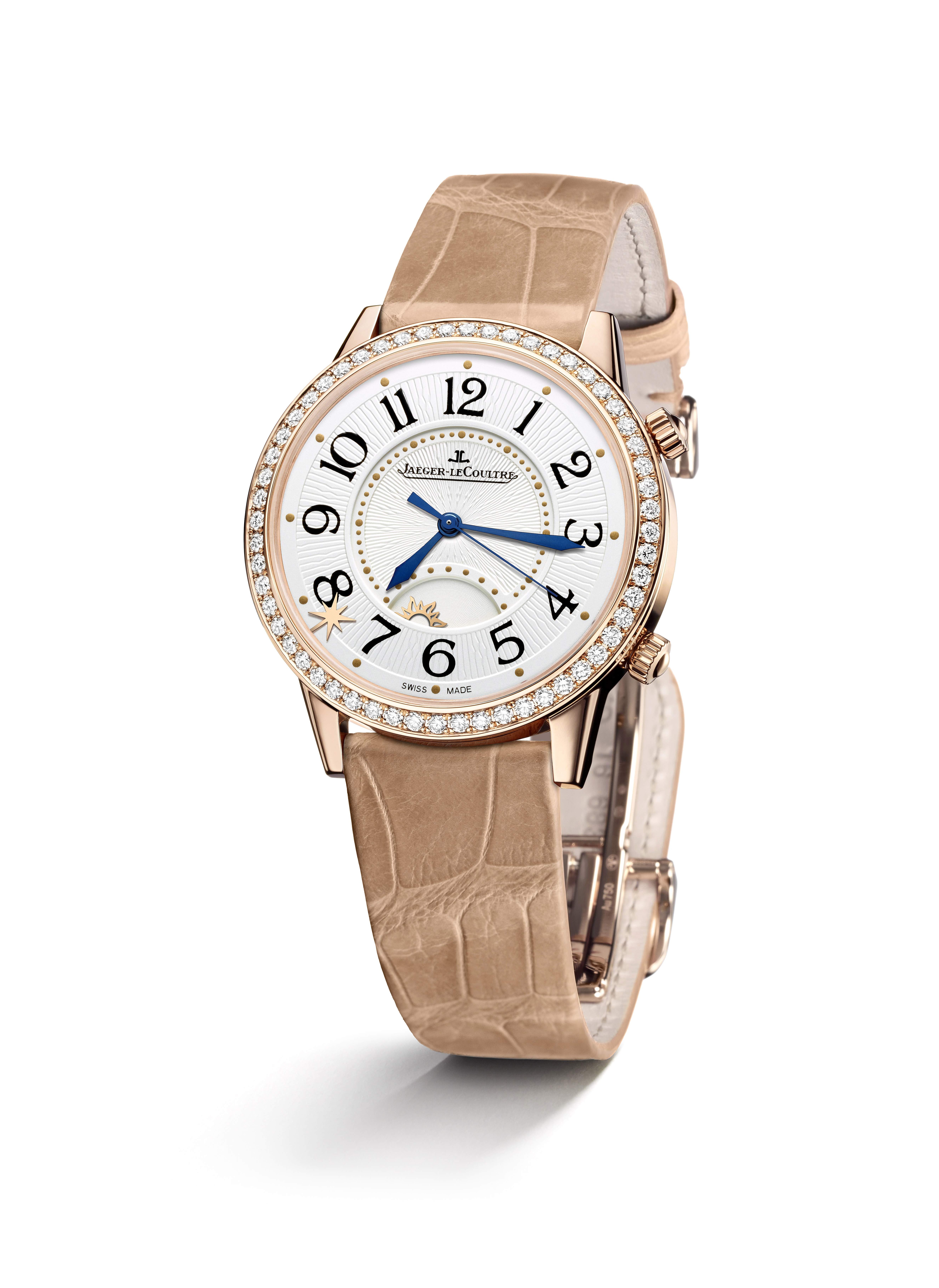 Jaeger-LeCoultre is scripting a new chapter with its Rendez-Vous collection of women’s watches. Originally introduced by the maison in 2012, the collection represents the Métiers Rares (Rare Crafts) line, combining accuracy, craftsmanship and jewellery design, showcasing the talents of the crafts-people of Vallée de Joux, a valley of the Jura Mountains in the Swiss Canton of Vaud. The line features a moon phase, a chiming reminder, and yellow and rose gold options — this one’s for art and watch lovers alike. jaeger-lecoultre.com It’s the season’s biggest announcement — Japanese watchmaking giants Seiko have hived off their heritage wing, Grand Seiko, as an “entirely separate  brand”. Grand Seiko will now produce limited edition hand-assembled timepieces based on their first hand-wound model from 1960, including one with a new, larger movement, limited to 968 pieces, equipped with 72-hour power reserve (Caliber 9S68), and a casing of an exclusive new metal, “brilliant hard titanium” (expected to ship in June).  grand-seiko.com With a penchant for thought-provoking horology, La Montre Hermès dominates the field of what they call, “emotional complications”. Consider the “impatient hour” function, made possible by anew module on the Calibre H1912 movement, harking back to the “Imaginary Time” function in its predecessors. Preset for events taking place in under 12 hours, a mechanical hourglass is set in motion one hour before the specified time; when the moment arrives, a striking mechanism rings out, making the 1mm dial vibrate. hermes.com 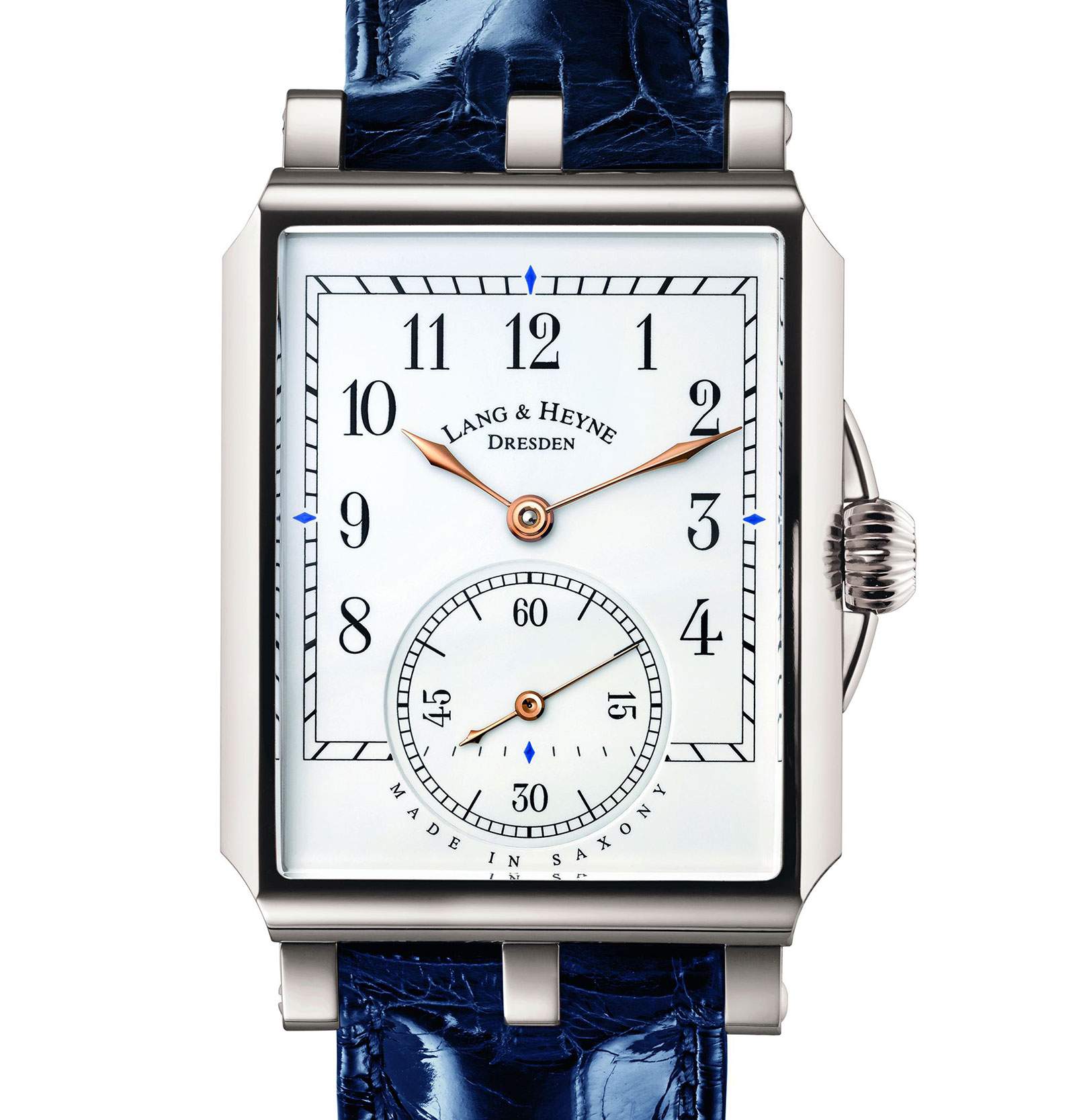 German artisanal watchmakers Lang & Heyne produce only a handful of watches annually, under 50 pieces a year, in fact — speaking for the time they spend on each watch, statedly up to 40 minutes to polish a single screw. Modelled on 1930s wristwatches, the piece takes the name Georg, after the 16th century Duke of Saxony. It features a white enamel dial with Art Deco-style Arabic hour markers and
a railroad minutes track, tiny blue diamond markers, and lancet-style hands. The spectacular rectangular, hand-wound Caliber VIII movement is exposed at the back, lending an entrancing 3D quality. Expected in platinum, white gold and red gold. lang-und-heyne.de 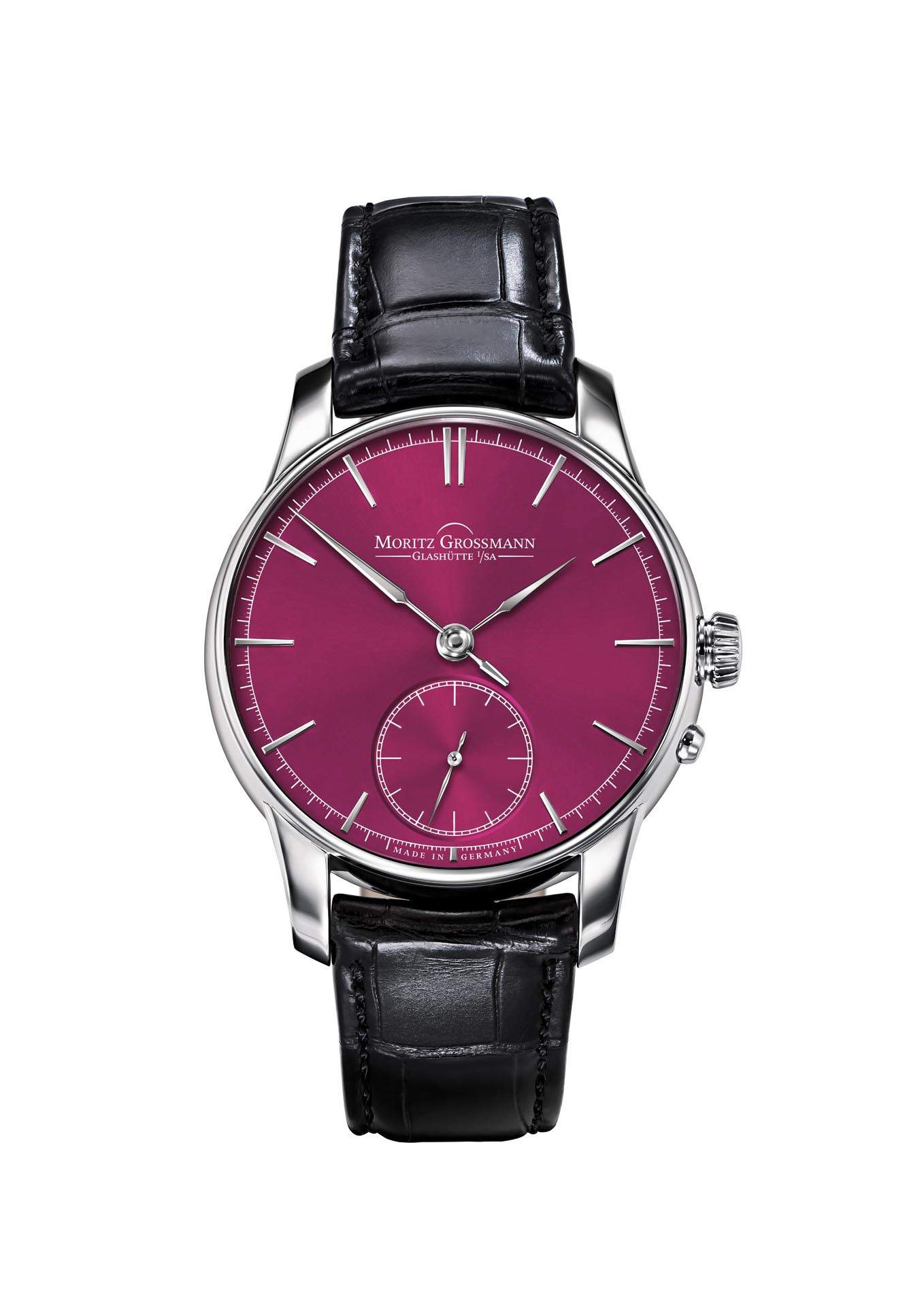 The Atum Primavera is a product of Moritz Grossmann, a modest unit in Glashütte, the birthplace of German watchmaking. A re-release of a 2013 original, now in the colours of lightblue, champagne and burgundy, it features polished chamfers, lance-shaped hands, and elaborate lacquering (a two-tone sunburst finish) for a dazzling gradation effect. grossmann-uhren.com 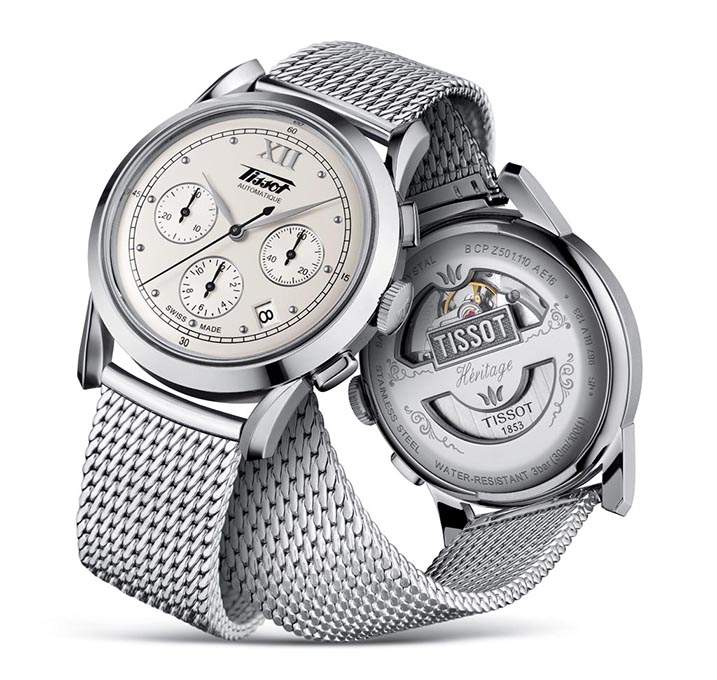 One of the season’s most voguish re-issues, this 1948 Chronograph is driven by the automatic ETA 2894-2, and features period aesthetics such as a domed acrylic crystal, flat pushers, and either a steel mesh bracelet or leather band. An opaline silver dial (sporting the lone Roman numeral XII) creates visual balance, while elegant dot markers lend an air of nostalgia. tissotwatches.com 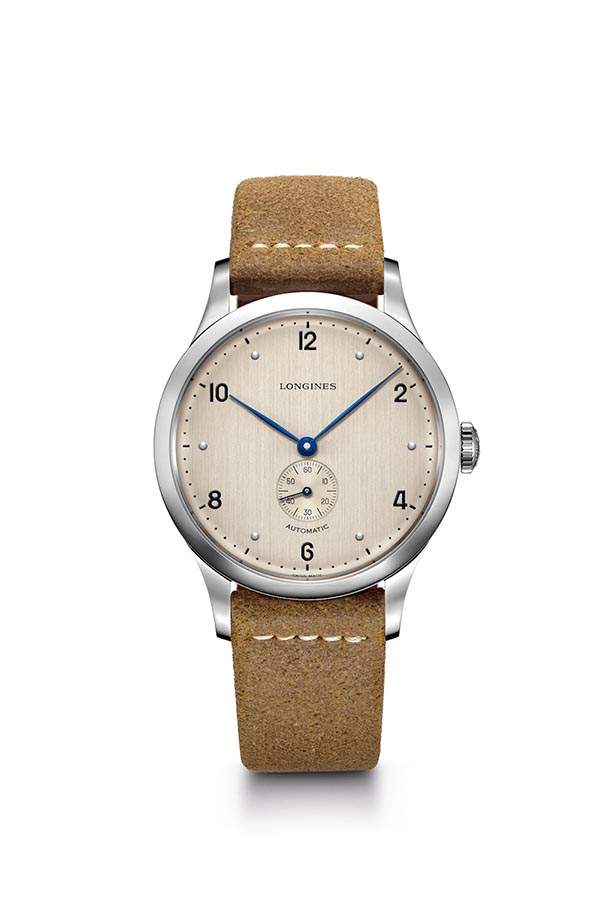 Based on a dress watch from the 1940s known as the Calatrava, the Heritage 1945 features six Arabic numerals in a mid-century font (and six cabochons), vibrant blue steel leaf-shaped hands, a gorgeous
convex piece of salmon-coloured brushed copper for a dial, and a beige nubuck leather strap — with
a 27 jewels automatic mechanical mechanism. longines.com