Something about the night and this year’s Oscar nominees. Something about its penetrating darkness, its disturbing quiet. It’s on one such night that Desmond Doss of Hacksaw Ridge battles the possibility that his convictions could well have caused him to lose the love of his life. It’s over many such nights that Saroo Brierley of Lion grapples with vestiges of his childhood. 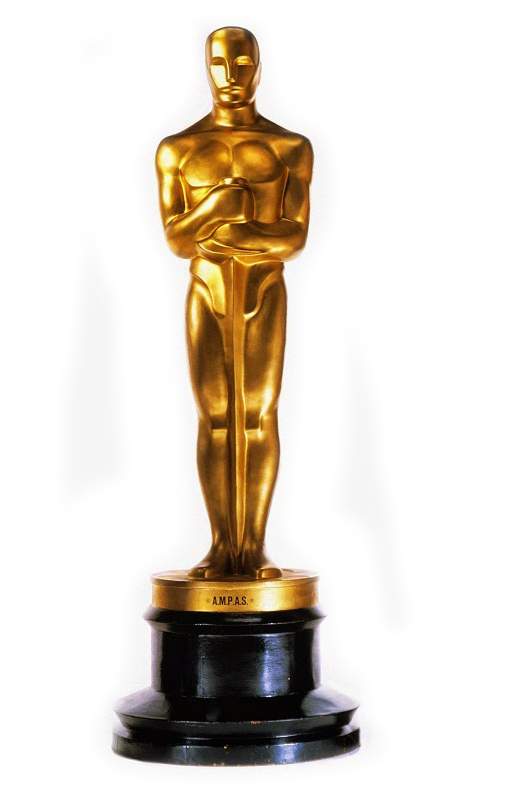 How about the seemingly interminable nights as Lee Chandler of Manchester by the Sea sits in regret and longing over events of his past that have broken him forever? There are also the nights of purpose, of productivity. Just ask Katherine Johnson of Hidden Figures who, armed with a chalk and a blackboard, works out calculations at the dead of the night to ensure the survival of astronauts. What about those nights of wonder as Sebastian and Mia of La La Land gaze at the stars in their eyes, at the stars they want to become? It’s on one moonlit night of almost ethereal beauty that the introverted Chiron of Moonlight realises that some dreams do come true.
Darkness in many of these films isn’t just of the day; it’s of character itself. The disloyalty of Troy in Fences. The bloodlust of Tanner Howard in Hell or High Water. The violence—inner and outer—of Lee Chandler in Manchester by the Sea. The treacherous conformism of Kevin in Moonlight. Thankfully though, darkness, in this year’s Oscar nominees, isn’t only of character, but refreshingly,of skin colour too.
Last year’s Oscars event was infamous for the noticeable absence of diversity in nominations, but this time around, there are quite a few deserved nominations for actors of colour. It helps that three top films, Moonlight, Hidden Figures, and Fences, are all stories of black people. Both Denzel Washington and Viola Davis from Fences are strong contenders in their respective categories: Actor in a Leading Role, and Actress in a Supporting Role. While the former plays Troy Maxson, a failed baseball player who has fallen into hardship, the latter plays a woman who has sacrificed her aspirations and dreams to fulfill the responsibility of being his wife. Another powerhouse performance is from Octavia Spencer (Hidden Figures), who plays an under-appreciated supervisor of coloured women in the NASA team.

Cut to the chase 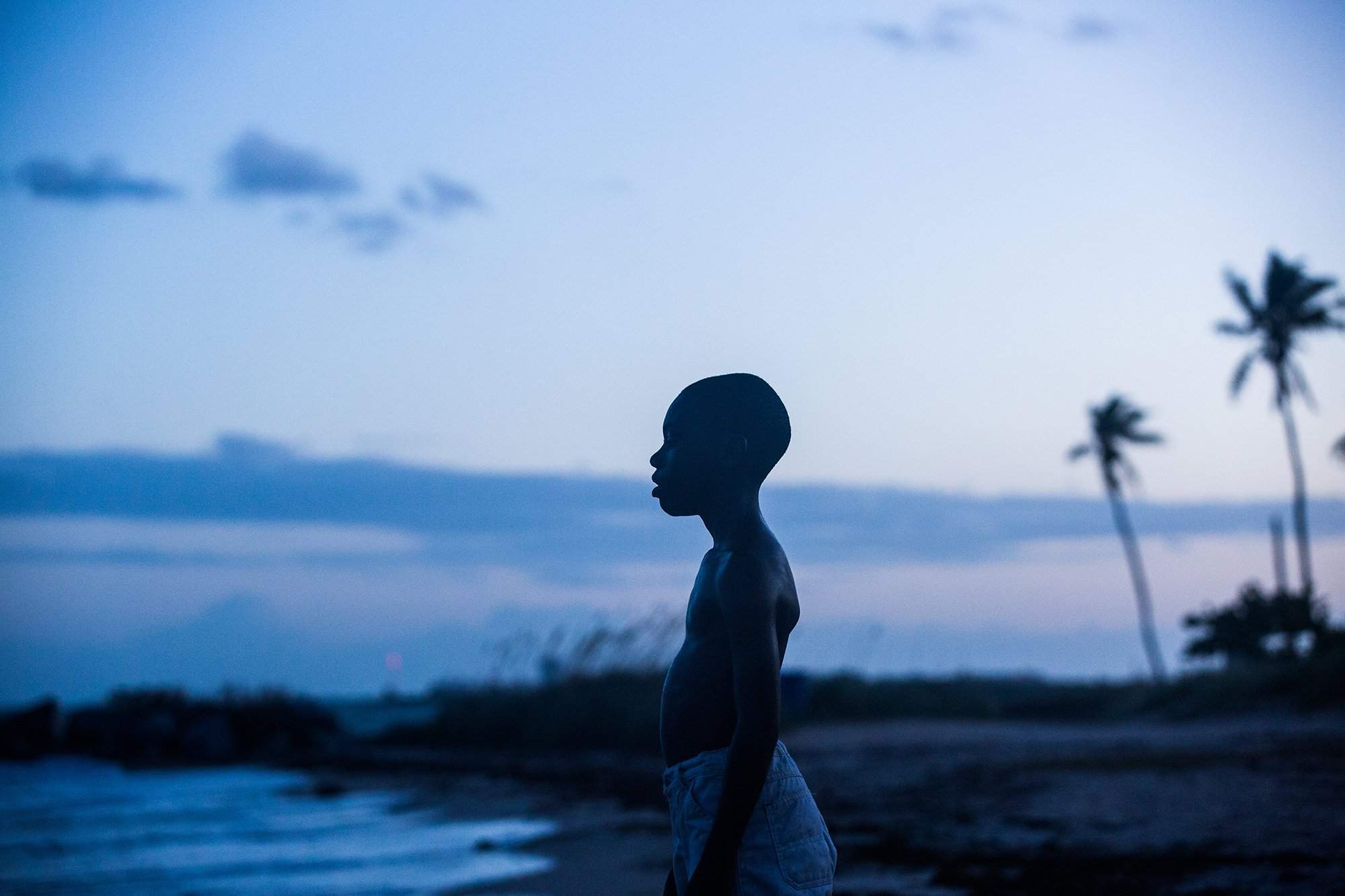 You don’t envy the job of the Oscar jury in picking the film for the Best Picture award, this year. The seasoned punter would hedge his bets on La La Land, a film that has been praised to the skies and back. With a record 14 nominations at the Academy Awards (same as Titanic and All About Eve), five wins at the BAFTAs, and seven wins at the Golden Globes, it’s the big boy every other nominee is scared of. Its only true contender—and my personal favourite—is the tender, as much as it is intense, Moonlight, with eight nominations. If you’d caught the film in India, you may be forgiven for wondering what all the hype is about, considering the Censor Board reportedly amputated crucial parts of it, including the all-important scene of Chiron and Kevin at the beach. The fear of rejection, the tentative approaches, the soothing conversation… the scene’s for the highlights, and in India, a significant part of it got brutally lopped off. The film’s Best Picture award at the Golden Globes means that it will be no pushover at the Oscars. 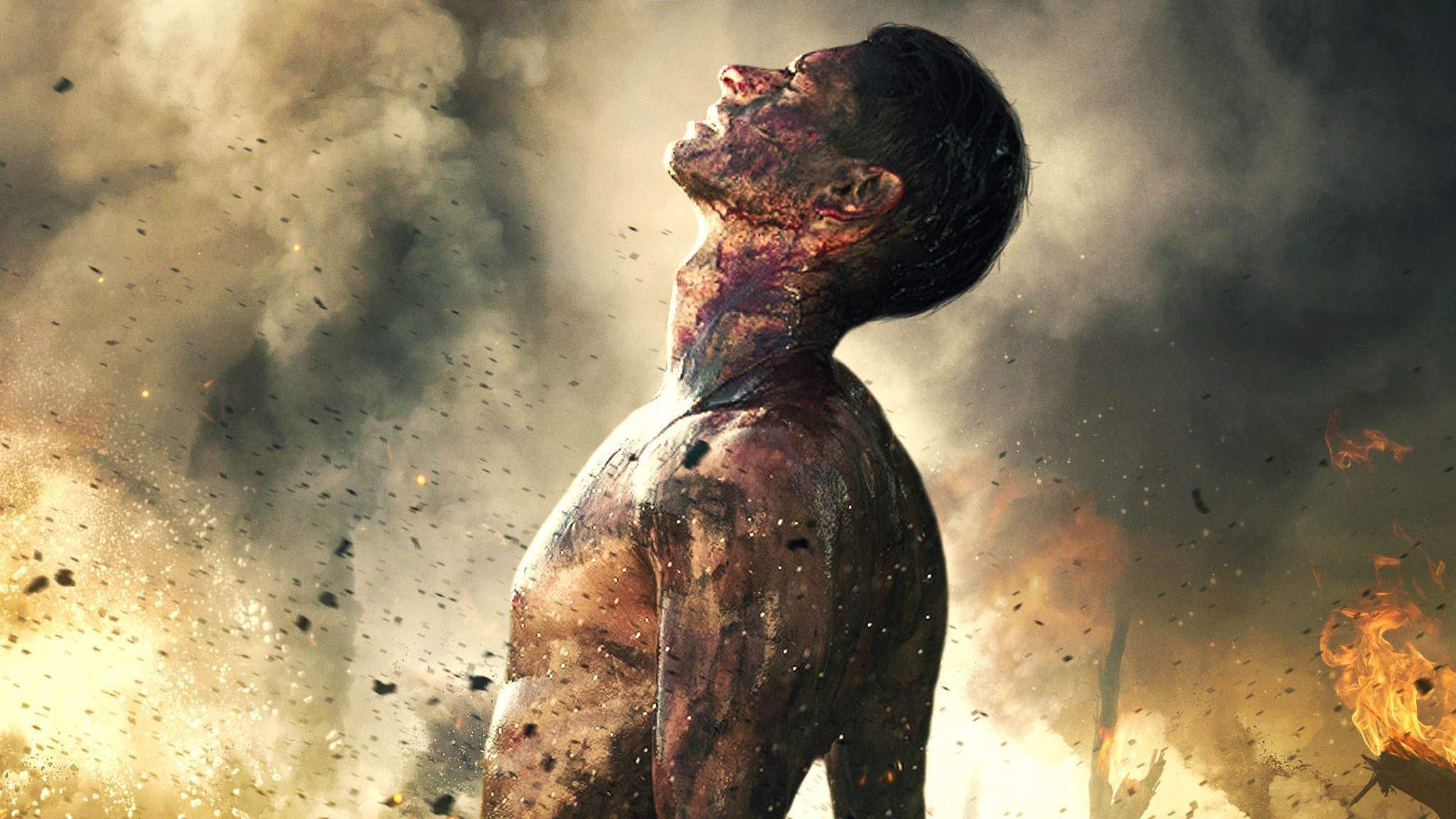 The dark horses in this all-important category are Lion and Manchester by the Sea, with the latter being a shining example of the increasing clout of internet streaming services—Amazon picked the film up over other leading distributors, including Lionsgate and Universal Pictures for $10 million. This comes as a ray of hope for those of us fretting over the absence of Oscar-nominated films in video streaming services, and indicates the dawn of a new streaming era that enables faster access to such films. With our Censor Board becoming increasingly trigger-happy, we need it now more than ever.

Standing on sensation
The film that we can confidently say won’t be winning the Best Picture award is Hacksaw Ridge, even disregarding the negative publicity around Mel Gibson. It must be noted that in the last five years, the films that have won this award have been those that have also won under the Origin al Screenplay/Adapted Screenplay category. Mel Gibson’s film has not even secured a nomination there. La La Land, despite its nomination in the Original Screenplay category, will likely not win either, considering that its strengths lie in other departments. This perhaps puts Moonlight in the driver’s seat. The Best Director award though should very much be Damien Chazelle’s to take home, considering how masterfully he segues scene into song and vice-versa in La La Land. For that and the sheer magicality of the film’s universe, La La Land will no doubt get a lion’s share of the technical awards, including for Music (Original Score). That’s, no doubt, cue for you to begin humming City of Stars.
While Emma Stone may well pick up the Actress in a Leading Role award, despite Isabelle Huppert’s intense performance in the under-appreciated Elle that thins the lines between consent and coercion, Ryan Gosling may not be so fortunate. Two sensational performances stand in his way: Casey Affleck’s quiet, tempestuous portrayal in Manchester by the Sea, and the contrasting loud-mouthed portrayal by Denzel Washington in the dialogue-oriented Fences that’s more a stage play than a film. Considering the unfortunate resurfacing of an old lawsuit concerning Casey Affleck, there’s a good chance the Academy may decide to play it safe and go with Denzel Washington. Regardless of who wins, it will be richly deserved. A break from the norm
This year’s Oscars could also signal the breakthrough of the impactful Mahershala Ali (Best Actor in a Supporting Role) who plays unforgettable cameos in both Moonlight and Hidden Figures. In 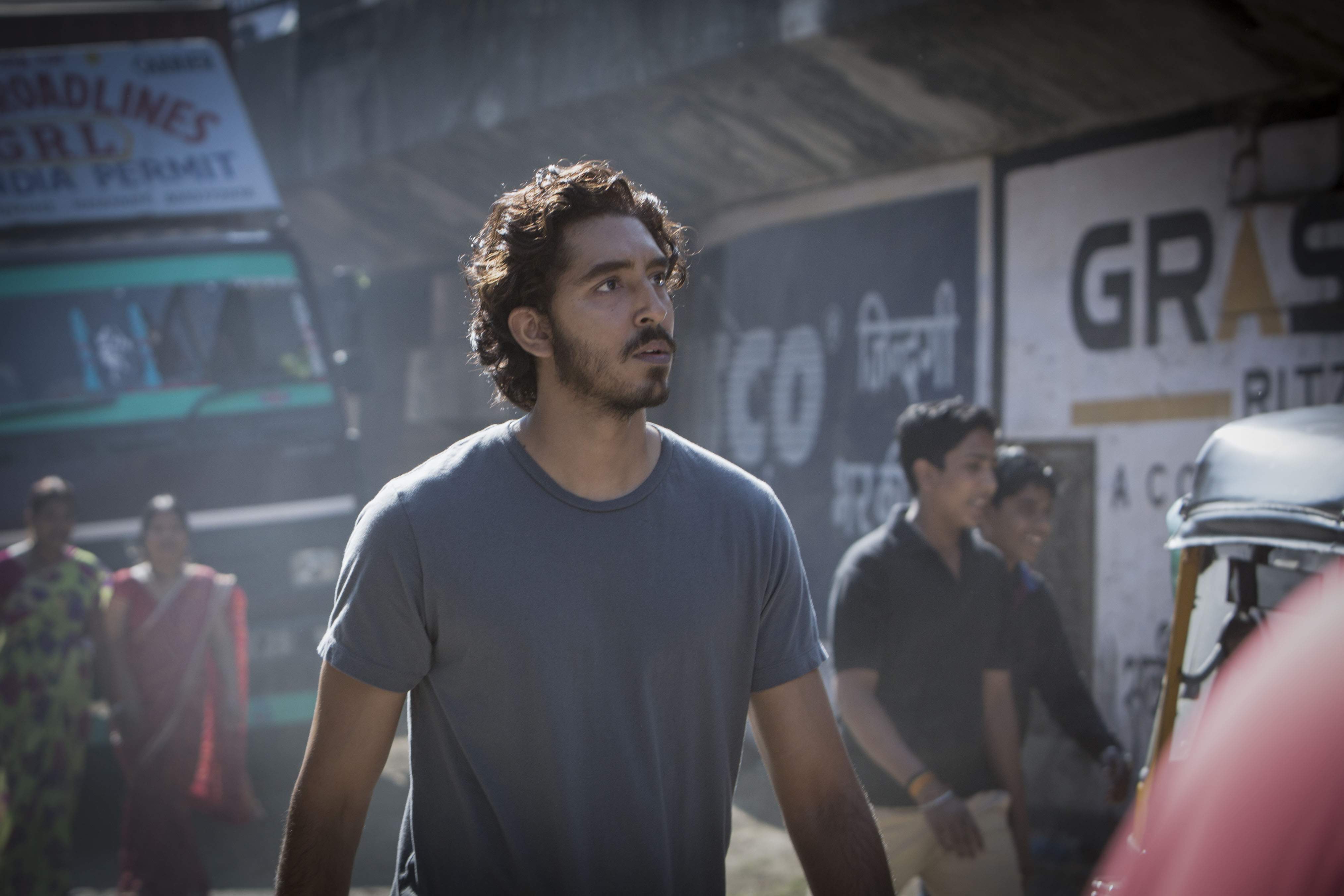 Moonlight for just the opening portions, his is a presence that echoes through the whole film. Interestingly, despite not getting a nomination, it may be interesting to note that Janelle Monae, like Mahershala Ali, features in both Moonlight and Hidden Figures, making it perhaps one of those rare fascinating years when two Oscar-nominated films feature the same actors in important roles.
It is also notable that more than one-third of all films nominated for the Best Picture category are based on true stories. While Hidden Figures is based on the accomplishment of African American women mathematicians in America’s space programme, Hacksaw Ridge is based on the incredible story of the dogged WWII army medic, Desmond Doss, who refused to tou 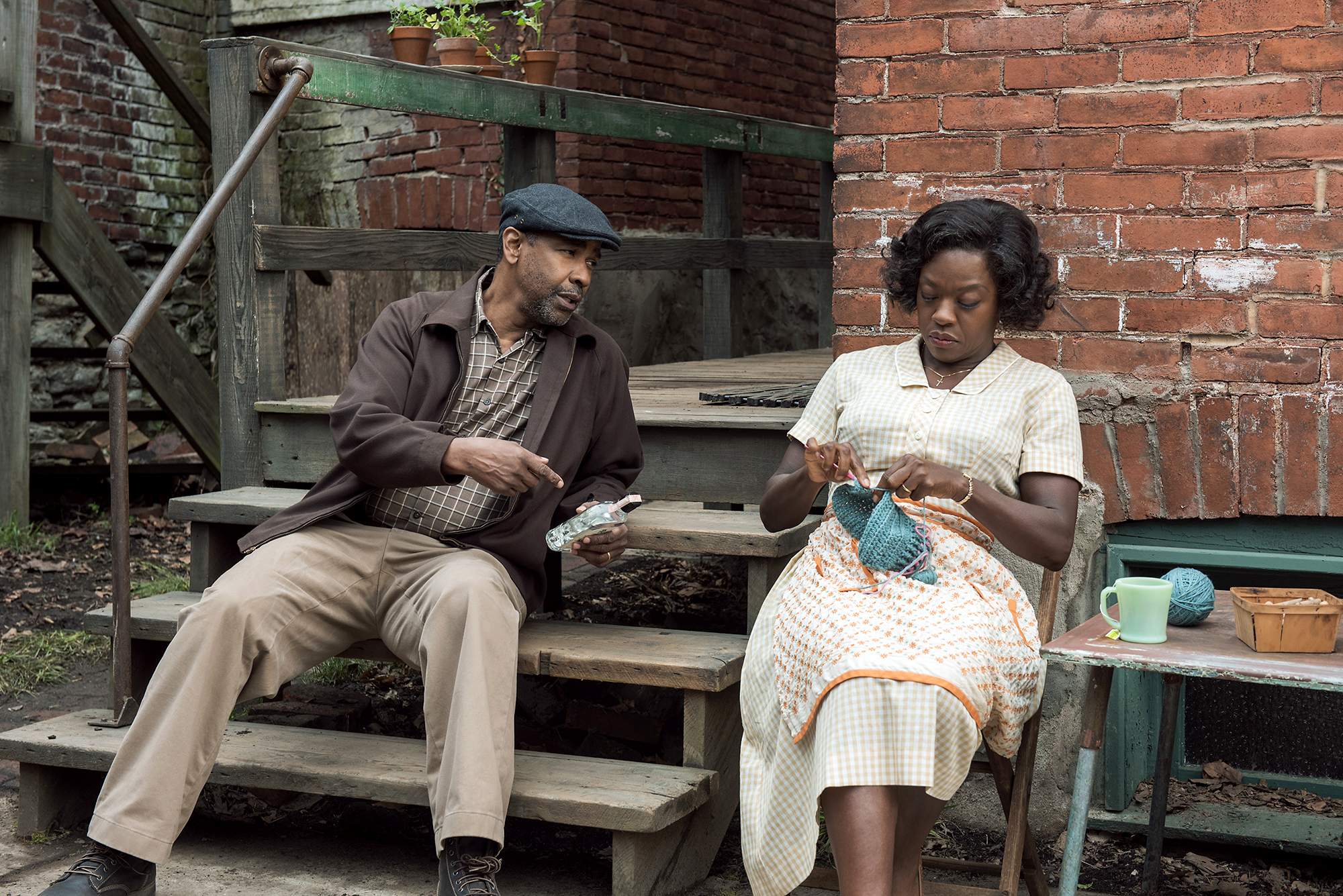 ch a gun, and Lion is the soaring story of Saroo Brierley, an Indian boy adopted by an Australian couple, who, after 25 years, rummages the internet in a bid to discover his original
family. Lion and Hidden Figures are the feel-good entertainers, your cinema solution for an overcast day. They could well emerge unexpected winners at this year’s Oscars, and who would blame the jury for opting to reward warm, happily-ever-after stories during a tumultous time rife with bigotry? All in all, this year’s Oscars promises to be another unforgettable spectacle, and that’s about the only thing we can be sure about every year. Well, that and a Meryl Streep Oscar nomination.