On the turning away: Pink Floyd’s ‘Mortal Remains’ in a museum

On Saturday the 13th, earlier in May this year, following years in the making, The Pink Floyd Exhibition: Their Mortal Remains opened at the Victoria and Albert Museum, London (V&A).The major spring exhibition, promoted by Michael Cohl and Iconic Entertainment Studios, marks the 50th anniversary of the band’s first album, The Piper At The Gates Of Dawn, and debut single, Arnold Layne.

The exhibition, originally conceived by Storm Thorgerson and developed by Aubrey ‘Po’ Powell, who worked closely with Nick Mason (as a consultant for Pink Floyd), is an audio-visual journey through 50 years of one of the world’s most iconic rock groups, and a rare and exclusive glimpse into the world of Pink Floyd. It features many previously unseen objects collected over the band’s eclectic history, beginning with an oversized recreation of the Bedford van which took them from gig to gig in the mid-1960s.

Pink Floyd remains one of the world’s most successful and enduring rock bands. Since their inception in 1967, their sound evolved many times, but their ability to communicate with an audience and address the wider world remains constant, as heard in landmark albums such as The Piper At The Gates Of Dawn, The Dark Side Of The Moon, Wish You Were Here and The Wall.

When Roger Waters left, the group continued recording with The Division Bell and The Endless River. While Waters is now set to release his new solo album, Is This The Life We Really Want? (See box).

Welcome to the machine

The scale and ambition of Pink Floyd’s imagery and live performances are encapsulated by several interactive, floor-to-ceiling installations. From a massive representation of The Wall stage set used during Pink Floyd’s original 1980-1 tour with the giant inflatable schoolteacher looming over The Wall into the vaulted ceiling; visual trickery is adopted to create a parallax of the Battersea Power Station complete with towering chimneys, which is the London landmark pictured on the cover of Pink Floyd’s Animals album, and a pitch-black space containing a holographic image bringing to life The Dark Side Of The Moon’s famous prism.

The exhibition draws together many unique artefacts illustrating Pink Floyd’s relationship with music, art, design, technology and performance from every stage of their career and personal lives. Among the earliest exhibits is the punishment book and cane from the Cambridge And County High School For Boys, where Pink Floyd’s original guitarist and vocalist Syd Barrett and bass guitarist, vocalist and songwriter Roger Waters were pupils in the late-50s.

As well as its recreations of The Wall and Battersea Power Station, Their Mortal Remains celebrates all aspects of Pink Floyd’s iconic imagery, as seen on album covers and on stage. Original drawings and blueprints showcase the development of these images, and highlight the group’s working relationship with world-class designers, engineers, architects and illustrators.

These exhibits include the over 6-metre-high ‘metallic heads’ from the cover of 1994’s The Division Bell, the inflatable TV and refrigerator as used on Pink Floyd’s 1977 In The Flesh tour; the ‘lightbulb suit’ pictured on the sleeve of 1988’s Delicate Sound Of Thunder live album, and a life-sized model of the British soldier shown in the artwork for 1983’s The Final Cut.

The exhibition takes a look at the band’s oeuvre through various lenses: psychedelia; musical, literary and artistic influences; musicology; politics; architecture, and the touring industry. Everyday material from relevant eras (such as newspapers, books and adverts) appear through-out the exhibition to put the ideas and themes Pink Floyd were exploring in their music into the social context of the day.

These items are displayed in telephone boxes, reflecting the theme of communication (or the lack of it) which frequently appears in Pink Floyd’s music, as well as offering an association with Battersea Power Station – which, along with the phoneboxes, was designed by the architect Giles Gilbert Scott.

On the turning away

The Pink Floyd Exhibition offers a rare glimpse of the band’s working methods, and plots their transition from a psychedelic pop group in the 1960s to the multi-platinum-selling albums band in the 70s, 80s and beyond. These include a letter, dated August 1967, from the BBC to Pink Floyd’s booking agent requesting an explanation for Syd Barrett walking out of a recent recording session, and Roger Waters’ handwritten lyrics for the songs Wish You Were Here and Have A Cigar. The show also offers an in-depth look at the band’s instruments and technology. Several of David Gilmour’s guitars, including his famous Black Strat, are exhibited, alongside Richard Wright’s early-70s era Mini Moog synthesiser and a treasure trove of effects pedals, hand-painted drum heads, echo chambers and more. 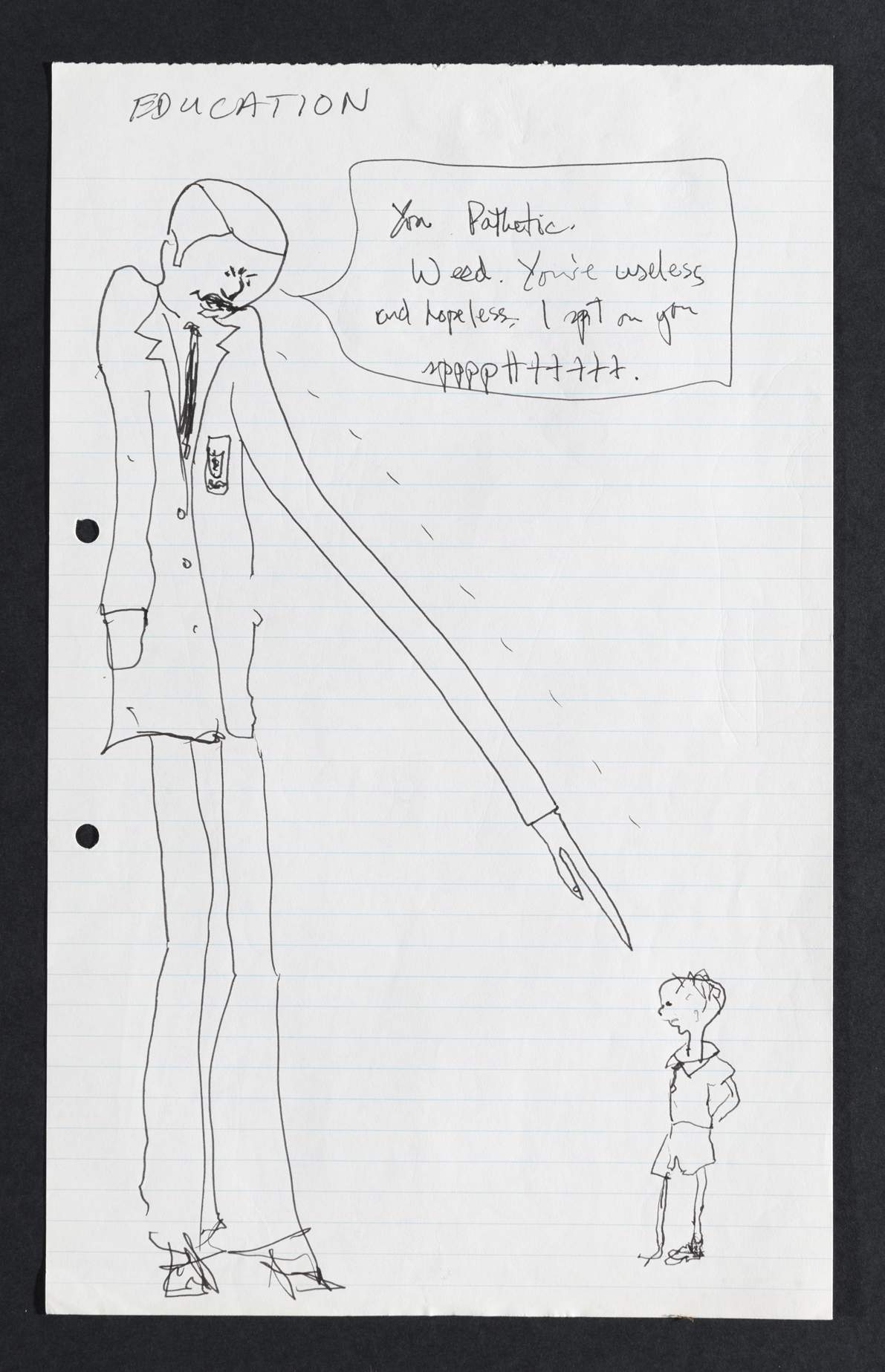 Filmed interviews with the band members explain how this equipment was used to create Floyd’s groundbreaking experimental sound on albums such as The Dark Side Of The Moon, Wish You Were Here and The Wall. Meanwhile, the exhibition’s three purpose-built mixing desks allow visitors to ‘mix’ their own custom version of the classic Floyd song, Money.