Romancing the Titanic: A visit to the gigantic museum in Belfast

In  Belfast, there’s really no escaping the Titanic. Especially not when an entire waterfront neighbourhood is called the Titanic Quarter, taking its name from where the famous ship was built. And where city guides are ever so fond of remarking, tongue firmly in cheek, “The Titanic was perfect when she left here.”

That’s right. Belfast, more specifically the docks in the area East of the river Lagan where it meets the Irish Sea, was where the ill-fated ship, touted as the biggest ship in the world was built in the shipyard of Harland & Wolff. That earned it the title, Titanic Quarter. The RMS Titanic took 1517 people to a watery grave on the night of April 14/15, 1912, when it hit an iceberg in the North Atlantic Ocean on its maiden journey. To commemorate its 100th anniversary, the Titanic Belfast, a GBP 97 million museum was unveiled a few years ago and is a brilliant and gigantic tribute to the ship and the fateful event.

The ship in the city
I expected the visit to be despondent and gloomy, but from the very first moment, it was actually fascinating, and not in any morbid sort of way.

Located almost in the heart of the city, the building itself is dramatic with a shiny facade made with staggered aluminium plates meant to simulate both waves and iceberg. It catches the feeble rays of an autumn sun and shimmers, almost dominating the city’s skyline. It was designed to resemble the bow of the ship; it rises 90 feet, and is as high as the actual ship itself, which gave me an inkling of its enormous size. It is also structured to hold 3,547 visitors at any one time, the exact number that the Titanic could ferry.

Inside, the central atrium rises up almost till the roof and has a rusty, textured cladding that is arresting. From the entry level, an escalator whisks visitors upstairs through nine interactive galleries, each very different from the other. I walked through the original Harland & Wolff shipyard gates to get a glimpse of what Belfast, a bustling boom-town in the early-20th century, looked and sounded like at the time. There are stories not just around the time of the ship’s building but also voices, anecdotes and events involving the locals. As I progressed through the various sections, the ship slowly took shape.

Where Leo met Kate
It is quickly evident that the museum is big both in size and ambition, and I was mesmerised at every turn. Especially fascinating is the dark ride called the Shipyard Ride.

A suspended ski-lift kind of chair slowly moved me through a giant dark room where I could experience the various aspects of shipbuilding — the sound of metal on metal, the smell of burning, and even the heat from the furnace, ending with dock workers noisily celebrating the completion of the ship. Equally compelling is a large C-shaped bare room, which projects a life-size view of a cross-section of the ship, from the bowels of the engine room and galley to the various categories of rooms, dining halls and roof. 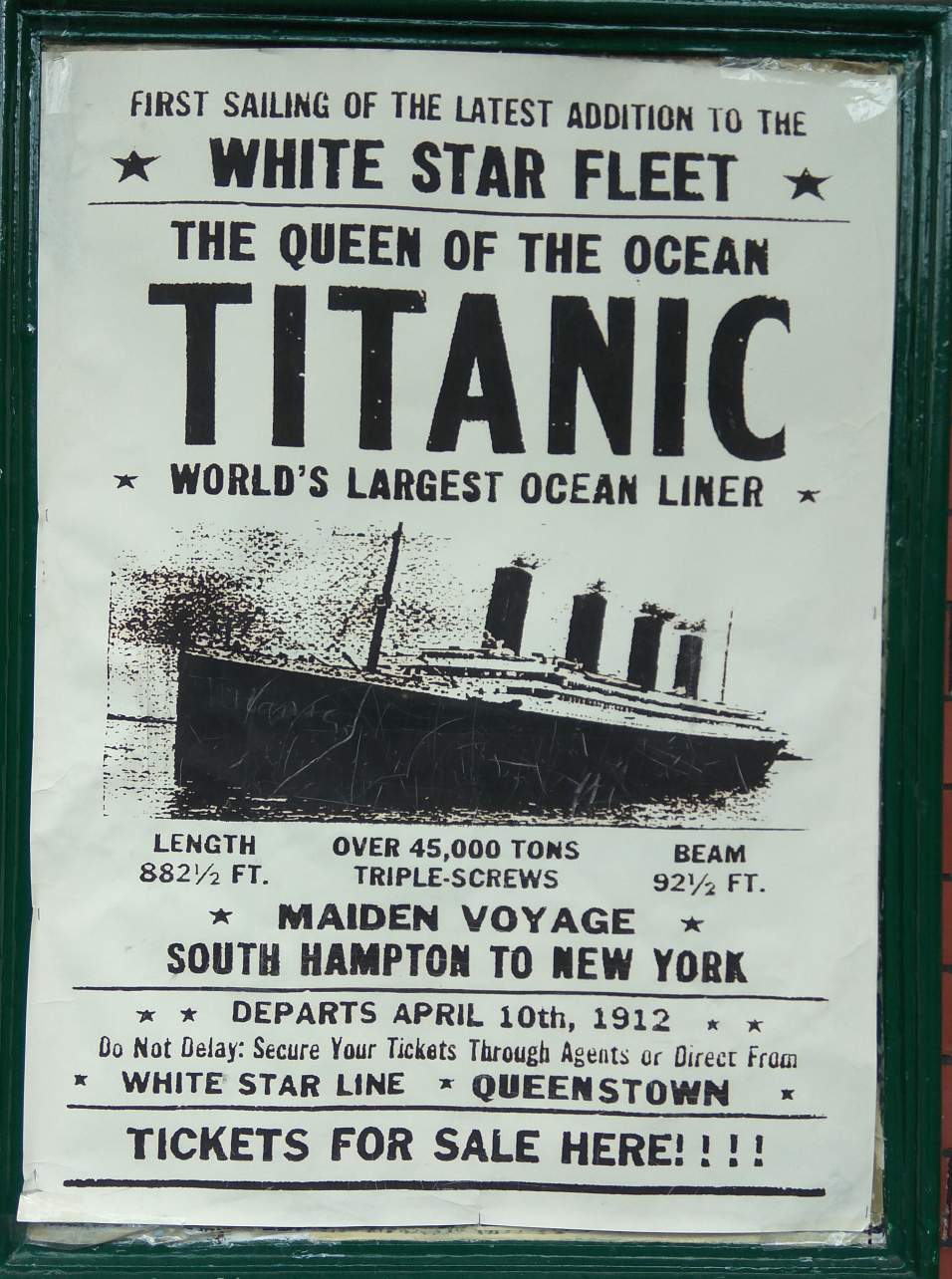 The re-creation of the magnificent staircase is stunning, to say the least, and looks all too familiar as the place where the actors Kate Winslet and Leonardo DiCaprio meet in the 1997 James Cameron movie. Predictably, the section was crowded with selfie-takers, but not so much that I couldn’t admire its grandeur and craftsmanship.

There are also displays of linen, cutlery and other items similar to the ones used on board the Titanic, but there is a surprising lack of memorabilia from the actual ship. The museum insists that it refrains from doing so, due to ‘ethical reasons’ — and it feels strangely right, if not merely respectful.

Lifting the mood
The launch of the ship through the slipways is dramatised with a countdown, and I followed its journey through various stops, and ultimately, the tragedy.

But more gripping are the tales of the passengers, the crew and the stories of selfless heroes. They are poignant, heartbreaking and incredibly moving, leaving me a bit wrung out. Obviously, the passage of over a hundred years after the event seems to have lent wings to the Irish sense of humour. I recall my guide saying, “This is what happens when you have an English captain, a Scottish navigator and a Canadian iceberg.” I chuckle, and the mood is lightened a bit.

Evidently, putting visitors’ mood on a low is not what the museum designers want. A section on Myths and Reality is illuminating and the only place that references the blockbuster movie with a huge poster.

But more satisfying is the unique Ocean Exploration Centre, which lets me journey to the bottom of the sea, to where the ship is buried, and get some undersea exploration done.

As I step out, I expect to be sad and depressed — unexpectedly, it wasn’t so. Instead, it seems like an apt tribute to one of the most famous ships in history. I glance at the sun shining on the façade, as the shimmery plates evoke both the ship and the iceberg. The sight, I realise, is truly fitting.

The Titanic Experience Cobh
COBH (pronounced ‘cove’) is a seaport in Ireland’s County Cork and is located, literally, at the other end of the island from Belfast in Northern Ireland. And yet, they have an invisible thread that binds them across 430 km.

Cobh, the country’s only cruise terminal, was always a huge harbour and nearly half of the six million Irish who emigrated to North America from the mid-19th to the mid-20th century, left from here. But above all else, Cobh (known as Queenstown from 1849 to 1920) was the last port of call for the RMS Titanic.

The ship never came to the harbour at Queenstown; to save time, she was anchored three miles away and passengers were ferried in two tenders. The Titanic Experience Cobh, located adjacent to the original pier, known as Heartbreak Pier, and built on a much lesser scale than the Belfast museum, talks about the stories and experiences related to the 123 passengers who boarded the ill-fated ship.

The museum is done rather differently. Each visitor gets a boarding card with a name of one of the 123 passengers, and it is interesting to trace their story through the journey of the museum, ultimately ending in finding out whether the passenger survived or perished.

The museum takes visitors through the life and conditions on board for passengers in each of the three cabin categories, the meals that they enjoyed and how they spent time. It ends with a cinematographic depiction of how the ship sank and individual stories. www.titanicexperiencecobh.ie

Opening times vary; entry Euro 9.50 for adults, Euro 6.50 for children. The story of the Irish emigration as well as a bit about the Titanic is recorded in The Queenstown Story at the nearby Cobh Heritage Centre, www.cobhheritage.com