Cross-border harmonies: When the Soligas met the Samis of the Arctic

As you drive towards Bengaluru through the Biligiriranga Hills of Southern Karnataka, you’ll begin to hear the sounds of nature — birds, forests, bristling winds and the humming voices of the Soliga tribe that resides there.

Soligas — whose name means Children of the Bamboo — have for centuries been known for their forest preservation techniques and rich folk music. The music they create is no longer going to stay just in these forests, as the Soliga tribal girls are travelling to Sweden this month, led by a team of project handlers including Kruthika Swaminathan from Chennai.

Strisvara, a project of a music management group called TreeonZ, has been working with this tribe for over a year. Strisvara literally connotes the words ‘woman’ and ‘musical note’, and was born with the idea of empowering women musicians all over the world. 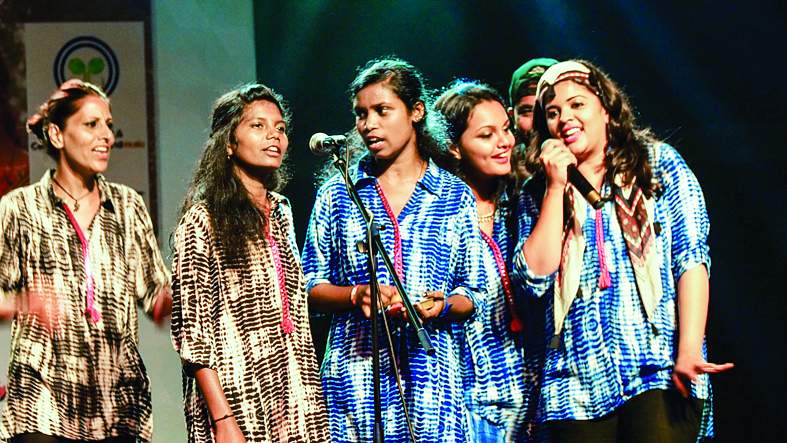 Girl you’ll be a woman soon

Why and how the Soligas? Subhash NH, 29, the co-founder, has an interesting story to narrate. “My mentor was a forest warden in this region, and he called me and my partner Arun Shiva Ganesh to visit the community. We met an elderly woman who has delivered more than 2,000 babies in the forests simply by using music.

She tells us the process of how she invites the mother who is in labour with a song, how she makes her comfortable, soothes the baby and turns it in the womb with her hands, in sync with the song she sings. We got goosebumps when we heard of a 100 per cent successful delivery rate. Even today, we are told that doctors and researchers come here to study how she does that.”

Subhash explains how the rich music of the community, which is used by the tribe during farming, hunting, cooking, etc, inspired the TreeonZ team. “That’s how Strisvara was born,” he says.

“There are talented females in the music industry, but the general trend we have understood from our research is that many of these women don’t continue to see music as a full-time career opportunity,” observes Subhash. 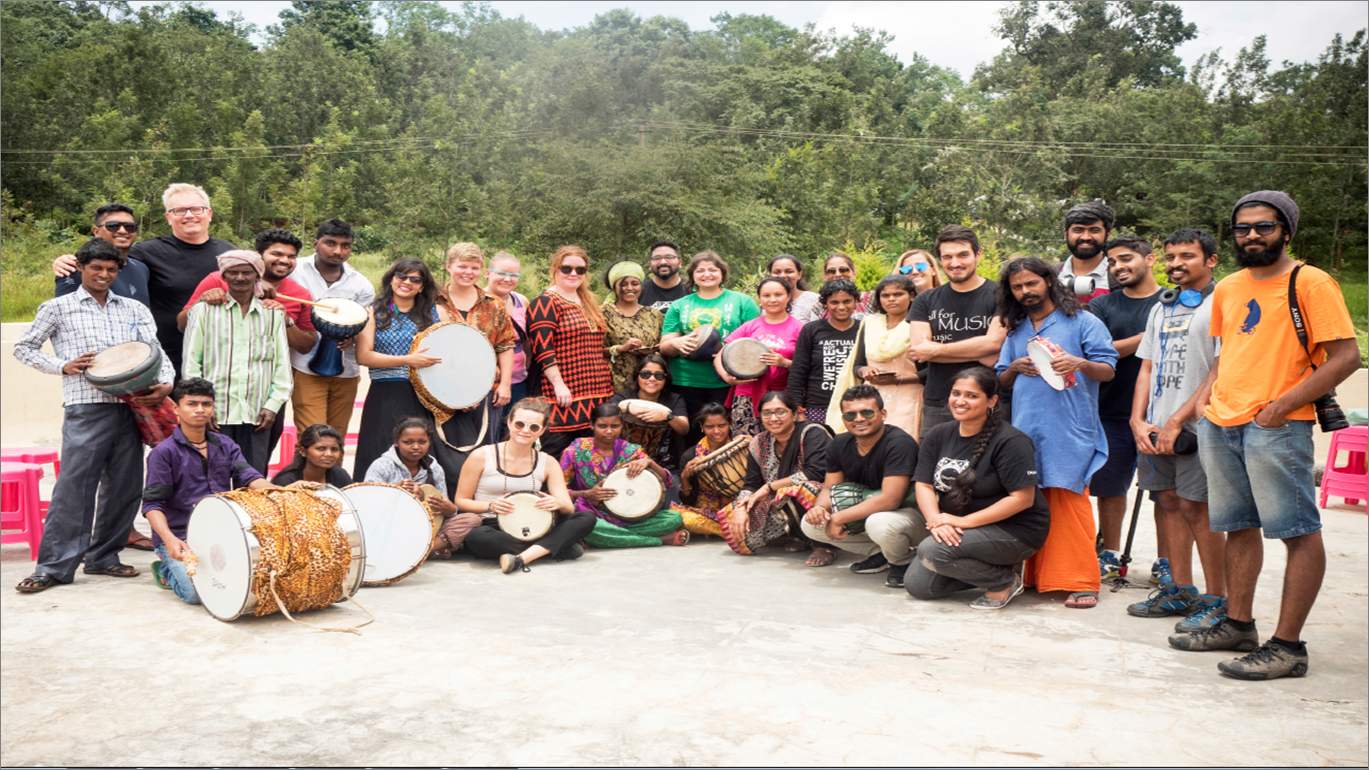 Tribal and bass
“In September 2016, Strisvara started out as a resident programme in the forests of the BR Hills, when we invited urban musicians from India and others from Sweden, the US, Nepal and Spain to stay with the tribal girls and create music,” recalls Swaminathan.

Every tribal girl was paired with an international musician and an Indian musician into an ensemble, and they were given time to jam and compose every day. What started out with chaotic communication and language problems ended up becoming a full-fledged musical tour around Bengaluru in a month’s time.

“The whole experience did not just give exposure to the tribal girls, but by the end of those few months, the girls picked up English phrases and learnt how to communicate with the international singers. The level of confidence they had gained, on a stage, performing in front of an audience of thousands was beautiful,” recalls Kruthika. Her most treasured memory was seeing the 12 to 14 year-old girls gain the position of changemakers within their own tribal society.

Inspired by the success of Strisvara in India, all the international musicians who participated here wanted this to be seeded in their own countries, for their own tribes. “When someone talks about music from India in any part of the world, the focus usually rests on classical Indian music. But this was an
opportunity to give the world, the real taste of indigenous or tribal music. Hence we decided to collaborate with the Swedish musicians we knew of, to execute another pilot project there,” adds Subhash. Swede surrender
The project is known to be three-dimensional, as it involves women from a tribal group, an urban group and an international group. Two Soliga girls will be travelling all the way to Sweden to meet the Sami tribe and co-create music along with a group of urban musicians from India, Sweden, Norway, Jordan, Zimbabwe.

“Despite having no documents, we finally got passports for the Soliga girls, thanks to the government of Karnataka,” says Subhash, heaving a sigh of relief. The Karnataka government is additionally funding the ticket fares of these girls to and from Sweden. “It’s amazing that everything works out. The Swedish agencies have been supportive in hosting us, and in fact, they were fascinated by this idea, and are interested in applying this project to the EU!”

Sangeetha Ravindranath, 27, the Kannada playback singer, is one of the artistes accompanying the Soliga girls to Sweden. Recalling memories from the times while creating music in the forests of BR Hills, she says, “We were divided into ensembles and our team was recording one day, in the in-house studio set up there. One of the Soliga girls, Lakshmi, stood in front of the mic and since it was her first time, she didn’t know how it worked. She said a word and it repeated on the speaker out loud and she burst out laughing hard. It was such an innocent moment and one of my favourites!”

For Sangeetha, this second leg of Strisvara in Sweden matters a lot, because she feels that it will be a historical moment to witness a Soliga and a Sami come together, infusing each other’s traditional music.

Like the Soligas, the Sami group is an extremely conservative old community who inhabit the Arctic land Sapmi, which today encompasses northern Norway, Sweden, Finland and the Kola peninsula of Russia. “There should be no discrimination when it comes to music and art — race, gender, region, colour, creed, etc. This experience is going to help us create a classless, art-loving society!”

It has been a challenging roller-coaster ride so far, especially in terms of getting the tribal Soliga girls mentally prepared to travel out of Karnataka and India for the first time ever in their lives.

The Strisvara 2017 residency is on from July 24 to August 6 in Lofsdalen, Sweden, followed by a week-long tour. Details: strisvara.com