Demonic Resurrection, one of the pioneering bands at the forefront of the Indian metal scene, is out with its new album "Dashavatar", which lead vocalist and founder Sahil Makhija says is a culmination of all the years of work his band has done.

Demonic Resurrection or DR has often been cited as the pioneering force of metal in India alongside Millennium, Kryptos, Inner Sanctum, Bhayanak Maut and Scribe.

In its latest offering, DR has combined Indian mythology with metal, thus giving a new turn to a genre of music which has gained popularity.

The capital city earlier this month saw a metal fest at the "antiSocial" venue in Delhi’s Hauz Khas Village. Mumbai-based extreme metal band DR was there to promote its new album.

Makhija, rhythm guitarist as well as primary songwriter, or as he is known by his stage name, "The Demonstealer", said he was very pleased with the venues and audiences metal bands are receiving in India.

In a recent interview, Makhija said that the metal scene in India had evolved at a staggering rate and though it had been largely underground, in the past decade it has garnered a lot of listeners who have begun to appreciate the music.

To a question on what inspired him to go in the direction of Indian mythology for his new album, he said: "My wife told me the story of Narasimha and I was quite fascinated by it. You see I'm an atheist and to me all these stories are just... something I never look at from a religious perspective, To me it is just a story and an interesting one at that. The album is a culmination of all the years of DR, every song in that album is a chapter on one of the avatars." 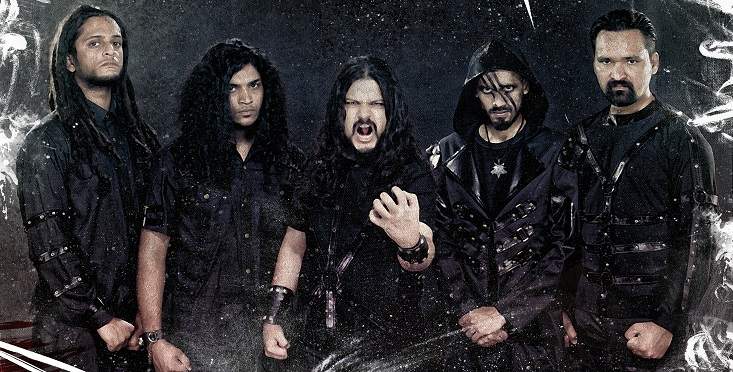 Asked what got him into metal, Makhija told: "It was just a couple of friends bringing me CDs of various bands. I heard 'Running Free' and I was blown away. I heard 'Phantom Of The Opera' but could not comprehend what was happening. And then I visited classic acts such as Judas Priest, Black Sabbath, Metallica, Slayer, Megadeth and all of that, and then I shifted away from it for a while and went into the more extreme stuff, mostly death metal 'cause that was what had my attention the most."

While the album has been largely praised for being very innovative and creative, a few fans criticised it as being a bit "Bollywoodish", with a few even saying that the album was "weak".

In response, Makhija said: "Well I'd say that this is a new one. It's the first I've heard. You see we wanted to try something new here while still keeping it metal, and that is the reason we don't have the tabla and sitar in every song. And if you strip those away and the lyrics, it is still pretty much DR... It is all-around death metal and it is not just suddenly a Bollywood album, I think this is a very shallow mindset."

Asked about his fan base, Makhija said it was awesome, and that those who attend the shows are "very much invested in music" and appreciate it. He said he "shunned" those who said that Indian metal lacks maturity and has no identity of its own, or that Indian bands only "rip off stuff".

"Look boss, now that is the Indian mindset in general. We have a crap mentality. If you listen to Indian metal closely you'll find out that each band has its own style. Basically, it's our attitude... someone does well we pull them down. Just a bunch of people being douchebags who are jealous."