Party trends: The future of dance music in India

India’s party scene is experiencing a paradigm shift. The nation with the world’s largest youth population is itching to lose its marbles on a dance floor. No longer do 16 to 24-year-olds from Tier II/Tier III cities have to travel hundreds of kilometres to attend music festivals, as the jamborees now come searching for them. In fact, music festivals have been proactively shifting base from the metros Bengaluru, Mumbai and Delhi, in search of greener pastures. 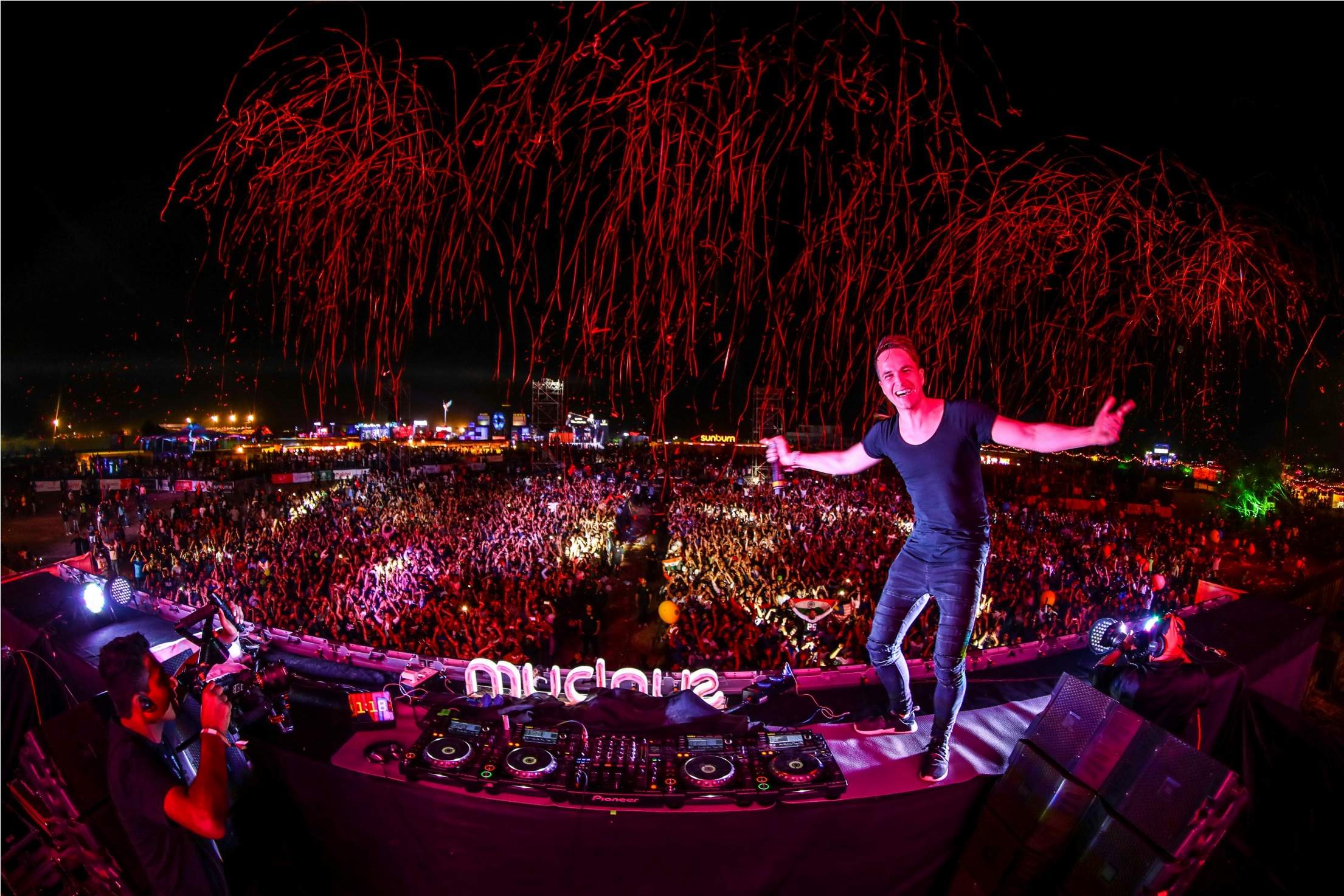 Case in point, the NH7 Weekender, which recently launched an edition in Shillong, Meghalaya. “The youth in cities like Pondicherry, Silvassa, Guwahati, Kozhikode, Belgaum and Indore are not inundated by big-ticket international artistes performing in their region,” explains Karan Singh, CEO of the Sunburn Festival. “Empowered by the internet, these financially stable individuals are also clued-in about music. This emerging market is why we’ve had so many Sunburn events in smaller cities,” he elaborates. In keeping with such a broadening of horizons, so to speak, we catch up with a handful of big names in electronic music in India, to dig deeper into the mushrooming dance music scene — no puns intended — and identify emerging trends. 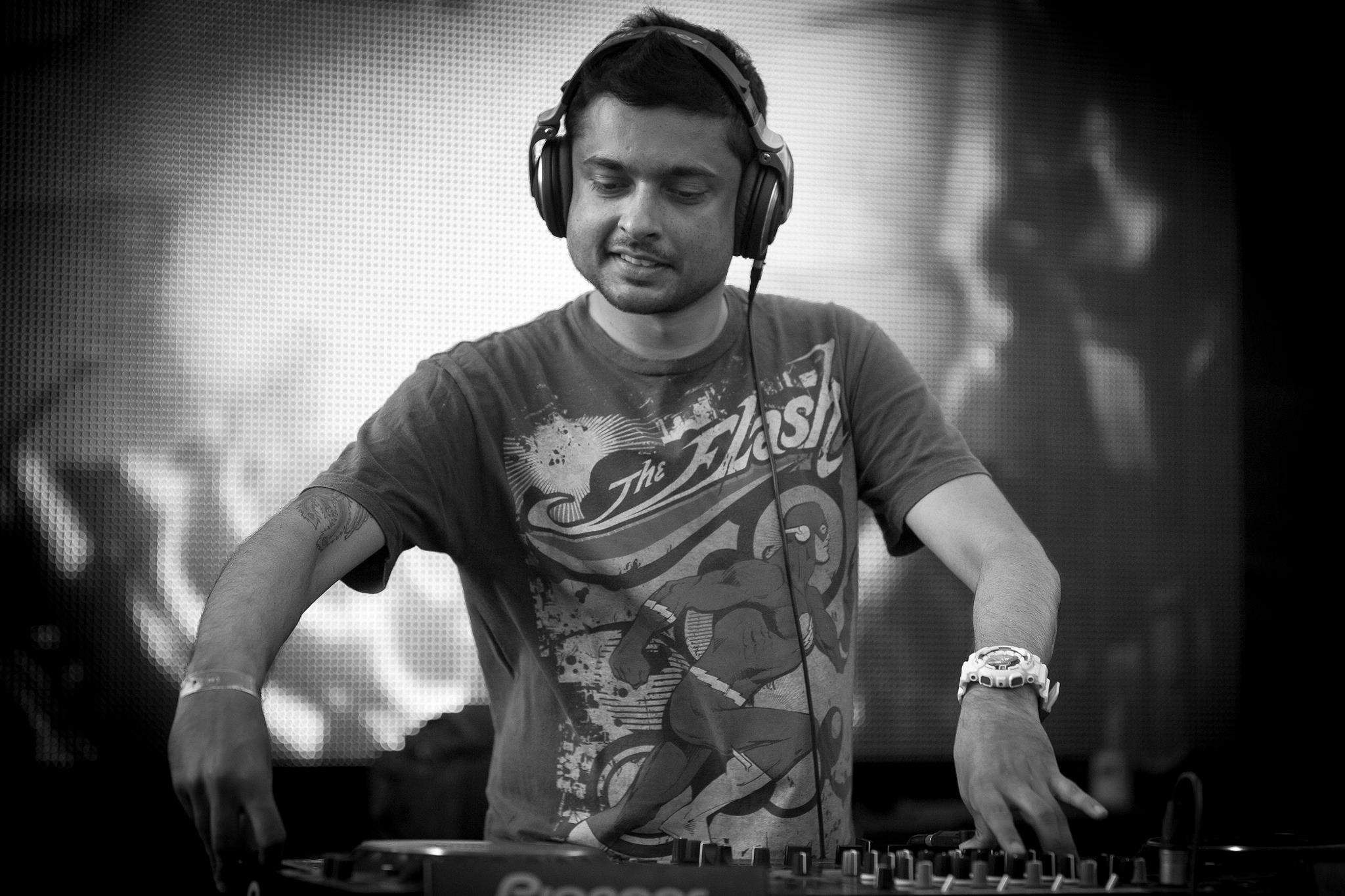 “Did you see Eric Prydz play last night? If you did, you witnessed the demise of commercial electronic music as we know it,” veteran Indian DJ Tuhin Mehta declared, just before his set on the day two at VH1 Supersonic in Pune. He believes we are at the right moment where the balance between the underground and commercial sounds has peaked, and thinks it’s time to head back to the underground now.
The Swedish techno-progressive behemoth Eric Prydz played to a sold-out crowd in what was his debut gig in India. But it isn’t just international DJs that are agents of change. Homegrown artistes like Udyan Sagar — popularly known as Nucleya — are also responsible for rerouting India’s partying circuit. Due to the ethnic hues of his records like Bass Rani and Akkad Bakkad, this 36-year-old has converted legions of new dance music fans in Tier II cities like Nagpur, Chandigarh and Vadodara and Pondicherry.
“The energy that party-goers from smaller cities bring to my shows is ineffable. It’s a good thing that most of these gigs are mostly in open-air venues or the roof would blow right off,” quips the bass music phenom, who’s just returned from Mexico City after performing at the Electric Daisy Carnival.

New wave artistes
The herculean task of educating the masses isn’t restricted to seasoned DJs. Nikhil Chinapa, the organiser of VH1 Supersonic feels that up-and-coming local DJs such as Lost Stories, Zaden and Kerano, are the names to watch out for in 2017. While most mainstream DJs are slowly making the shift from in-your-face EDM to radio-friendly indie pop, Karanvir Singh aka Kerano hopes to move away from the noise.
The 24-year-old—who’s working on a finalising a tour of Australia—is responsible for multiple 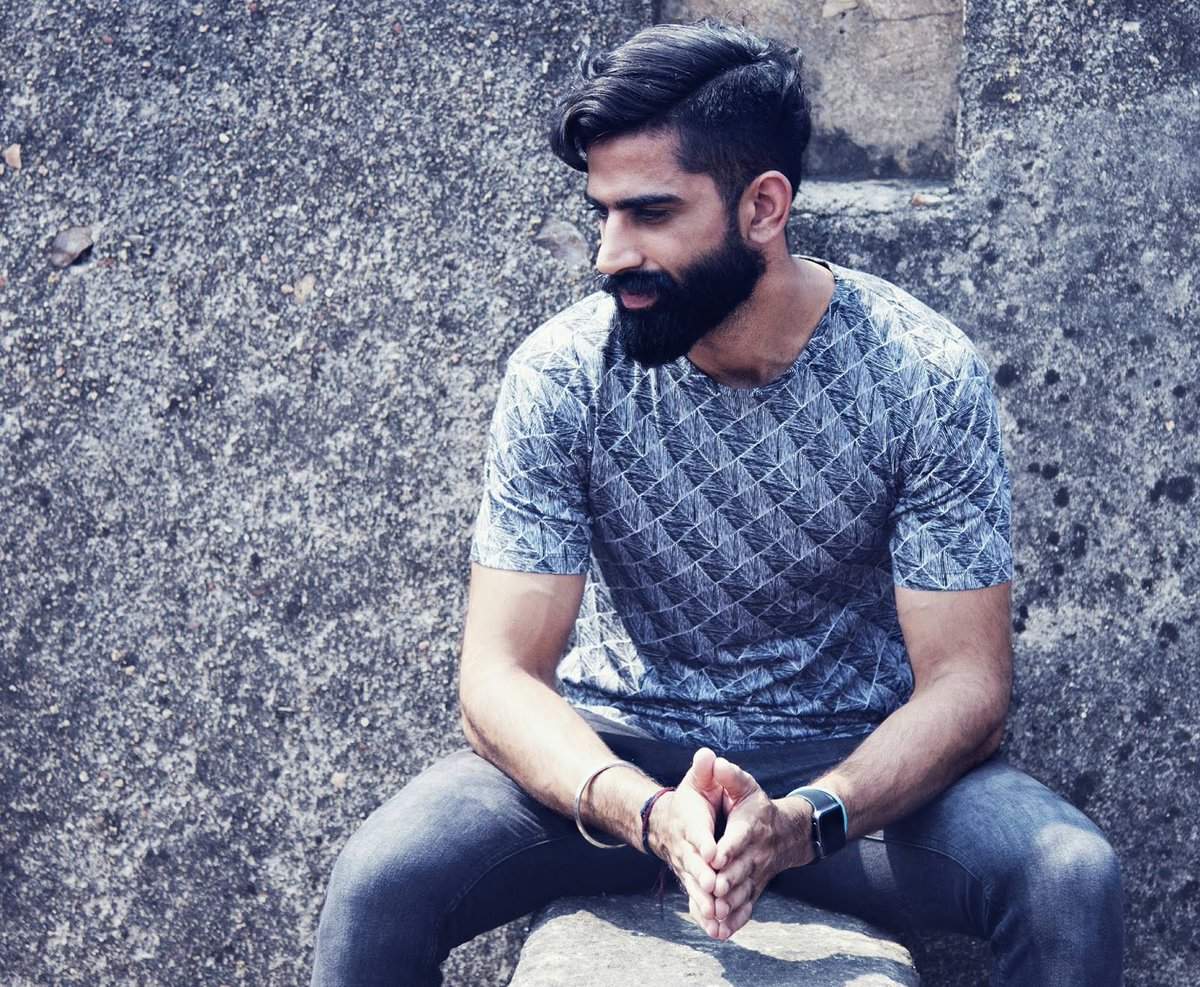 chart-topping singles including Breathing. When asked why new-generation DJs prefer to play in smaller cities, Karanvir explains, “In the major cities, the scene is getting a bit stale. Neither the promoters nor the crowds challenge the artistes. They just want to hear the same tunes they hear on the radio and TV. But this where Tier II cities like Indore standout. Primarily due to excellent
venues like O2 Disc & Lounge, that city has a great scene.”
One of Bengaluru’s most popular club DJs, Rohan Kapoor agrees. “Nightlife in smaller cities like Lucknow is insane. Every week EDM fans flock to nightclubs like Skyline and The Urban Terrace. It’s refreshing. They’re not jaded in terms of music and are open to enjoy any genre. It’s why many artistes love to perform here, as they get to experiment and broaden their artistic horizons,” shares the DJ, who will soon be releasing his original productions on a prominent Dutch record label.

Emerging counterculture
The age-old routine of millennials embracing eclectic dance music genres after their ‘annual pilgrimage’ to Goa is passé. This shift in party venues and sound is a pan-India phenomenon. One of the biggest surprises for event promoters and artistes, is the emergence of a major party spot towards the West of India. Delhi-based EDM duo Progressive Brothers explain that unbeknownst to many, dry states like Gujarat party hard. “Maybe it’s something in their water,” jokes Sunny Sharma, elaborating, “During our last gig in Vadodara there were almost 5,000 people jiving to our signature mashups.
This also reflects in Kerala, despite their stringent liquor and archaic nightlife restrictions, our shows in cities like Kozhikode and Thiruvananthapuram have been nothing short of spectacular.” Another hugely influential Tier II party city down South is Pondicherry. DJ Sarthak Sardana aka Sartek—who recently signed to Sony Music—shares, “One of my favourite spots to perform in South India is Pondicherry. Especially at the Asoka Beach Retreat. The non-judgemental Indo-French party-goers are very knowledgeable about dance music.”
The North East of India is also ranked as one of the largest untapped markets for dance music.Most folks think it’s all about rock and metal but DJ Shaan Singh—the first Indian to perform at the immensely popular Tomorrowland festival—shares that they’re ready to embrace the bass. “Some of my favourite venues to perform in smaller cities are college campuses. Especially in Guwahati’s IIT campus. The high-energy crowds in the North East respect and appreciate international and home-grown DJs alike,” explains 22-year-old Shaan, who is currently finalising international tour dates in Belgium and Miami.

A vinyl collector, Ignatius ‘Iggy’ Camilo has amassed over 8,000 rare electronic music records over two decades. But this Goa-based DJ isn’t just promoting underground sounds. He has developed a unique mobile concept titled Vinyl Ambulance: a vintage van with a powerful handcrafted sound system that literally ‘brings the party to you’. “Crazy events aren’t restricted to Chennai and Bengaluru. With this ‘ambulance’, I can take the party to any city in the country. What’s more, this rig is specifically built for vinyl DJs,” says the artiste.

Back to basics
International artistes who frequent India—at bigwig events like VH1 Supersonic and Sunburn festival—have also noticed the trend change. Ukrainian DJ Teri Miko shares that psychedelic trance—a sound whose origins can be traced back to Goa during the 1970s—is coming back in a big way within the party circuit. The voice of the iconic Belgian music festival Tomorrowland, MC Stretch, feels the vibe of the India’s party scene reminds him of the late-’80s.
“There’s a lot of influence from soul, funk, UK garage and Chicago house audible in today’s sounds,” 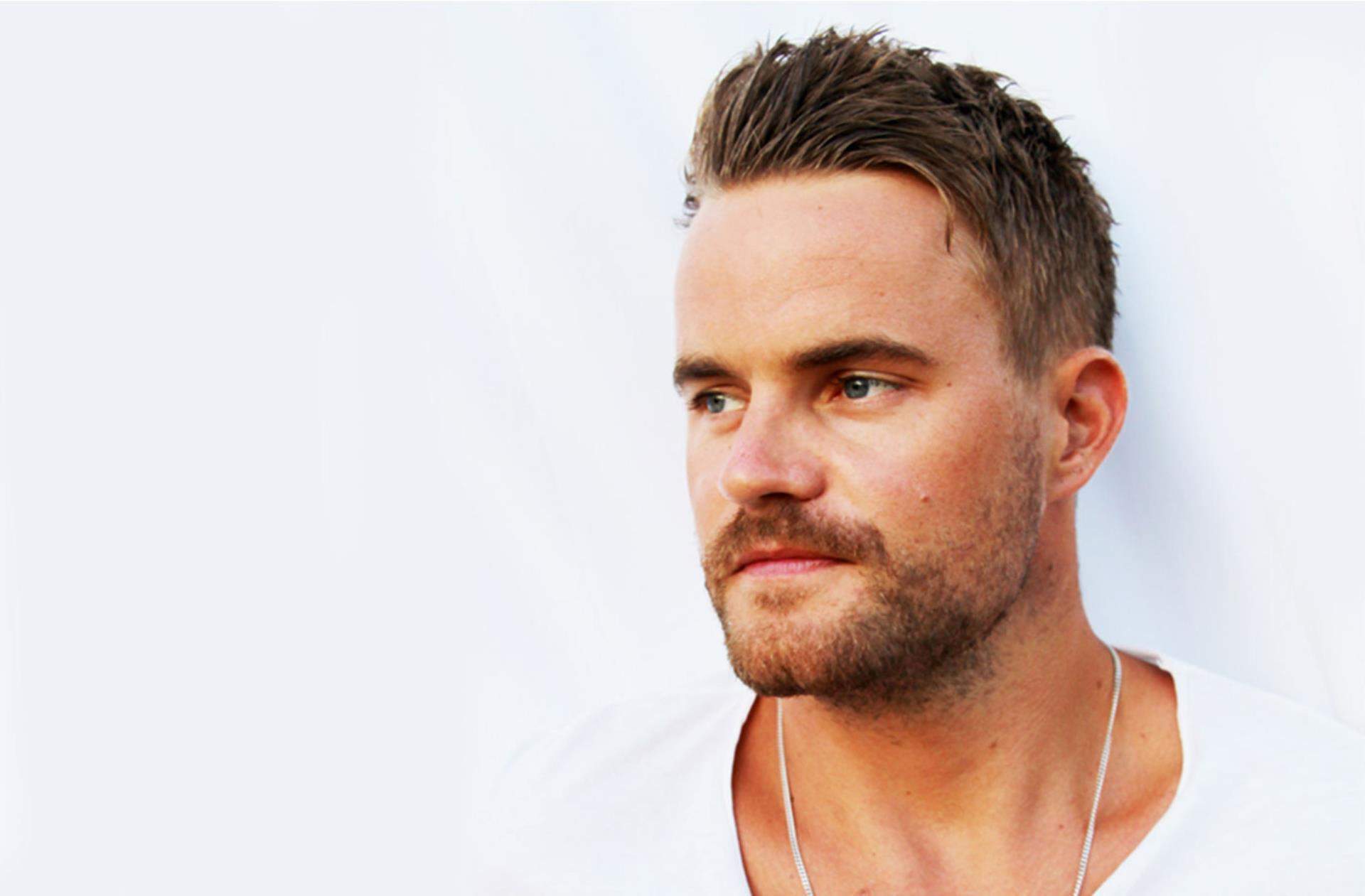 he says in his signature drawl and booming voice. UK-based producer Genix seems to agree, “I think we are definitely moving back to the classics, a lot of the ’80s sound is creeping back in. It reminds me of why we fell in love with the music in the first place.”
Hungarian DJ Sunny Lax, who recently played back to back with Genix  at VH1 Supersonic, feels that big room and electro are taking a lot of old school elements and modernising it. “There is a lot of early-’90s dance music, but with better synthesisers,” he says with a cheeky smile. Still not convinced that a return to the origins of electronic music is the need of the hour to liven up dance floors? Just listen to how the crowd erupts when Russian-German DJ Zedd — creator of hits like Clarity and Spectrum — chose to end his set in Pune by playing the Daft Punk classic One More Time. The tides are changing, so are the basslines.