India has many cultures, need to look at bigger picture: Rahman

Grammy and Oscar winning Indian musician A R Rahman says his fans often complain about the language he chooses for his performances, but they always come back and attend his shows.

When Rahman performed in London as part of his 'Netru, Indru, Naalai' (Yesterday, Today, Tomorrow) in July, some fans were left disappointed as he sang more Tamil than Hindi songs.

Recalling the moment, Rahman told reporters on Saturday, "There were 9,000 people and 50 people might have gone. There might have been different reasons, but this (language) might have been one of them. I've been facing this... I wouldn't say it is a problem. It is a hitch.

"India is so complex, but it still works. We all have different cultures...There are people from Kerala, Tamil Nadu, Karnataka, Bengal, Punjab and Maharashtra..." But people need to look at the bigger picture, he said.

"All the 9,000 people bought the tickets. The same problem was in America in 2000. Then in Malaysia. They said that I sang too many Hindi songs.

"They (fans) have been very kind and after complaining, they have been coming back to my concerts so, it's fine," said the "Maa tujhe salaam" hitmaker, whose intention is do "something that is honest".

Asked about his connection with music lovers, he said: "I think when we all take up a job like being a doctor, there's a responsibility and there should be honesty."

"As a driver, if something goes wrong then I'm done. So music is also very similar to that. What we give to people should be right and make sure that that's the best you can do."

He also spoke about deriving energy from the audience. 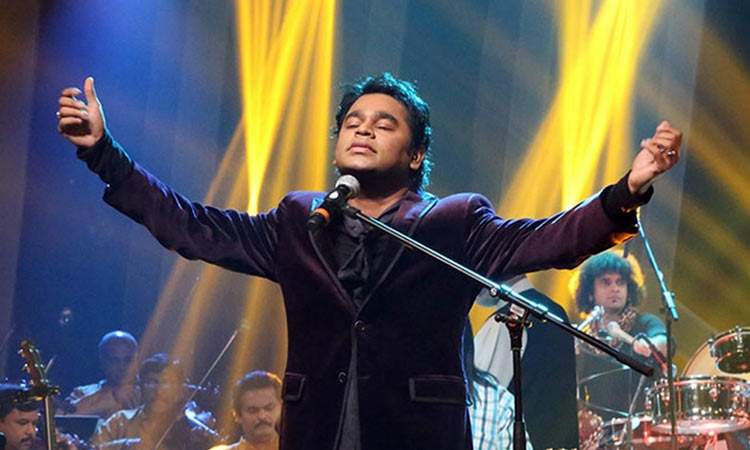 "I'm mostly locked in my studio. We spend days and days just looking at each other. Sometimes I go out... and come back and change things.

"It maybe very boring for other people, but that's life. That's my passion and of course, when I come for concert and look at all of you I derive energy from you. And that stays on mind."

Rahman will soon perform in Delhi, where he is set to headline The Sufi Route, a concert for peace, to be held on November 18.

The Sufi Route, by Friday Filmworks, INvision Entertainment and Invloed Matrix, has been established to encourage a holistic alternate music experience.

It will be hosted at the capital's iconic monument - the Qutub Minar where Sufi artistes such as Nooran sisters, Mukhtiar Ali, Hans Raj Hans, Konya Turkish Music Ensemble, Dhruv Sangari and Dervish dancers will perform.

The finale of the show will be headlined by Rahman.

"For me, Sufism means destroying the evil in your heart. I am grateful to the organizers for this concert. This is something I cherish very closely. The need of the time is that spirituality and love which Sufism gives should be shared in humanity," Rahman told reporters here on Saturday.

"I'm still a student. I'm learning a lot. There are four stages - Shariat, Tariqat, Haqiqat and Marifat. I'm very fascinated by that," he added.

The Oscar winner says that he has seen the rest of the world, but feels people are lucky to be here.

"I think it's the humanity. What we go through, help each other and share. Spirituality is not just bhajans and qawwalis, but love and actions," said the "Jai ho" hitmaker.

The Sufi Route is expected to be a global platform, with plans for Indian artistes to have an encore in Turkey in the next edition, followed by concerts in Britain and UAE.