Sanam band gets candid about their new sound with their originals

In 2010, when Sanam came together, known at the time as the SQS Project, the four-member team seemed like the country’s answers to silent prayers for a boy band. The amalgam of boyish charms, stellar vocals and music that made for easy listening soon amassed a huge fan-base online. Through renditions of popular songs, the band found its niche in the music industry. While lead singer Sanam Puri made his Bollywood break with the Dhat Teri Ki from Gori Tere Pyaar Mein and Ishq Bulaava from Hasee Toh Phasee, Sanam began releasing original content alongside their cover songs and became one of the highest-watched indie music channels in India, with over 14 million views every month. 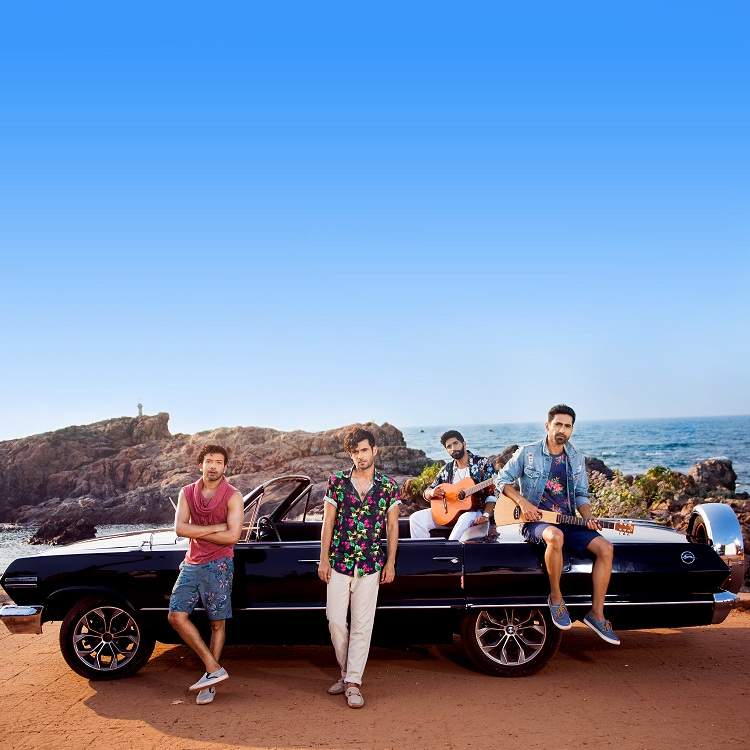 A quick run through of the band’s music and you realise Sanam’s signature sound draws from blues, jazz and pop with themes often rooted within the romantic notions of love. Little wonder that Sanam ushered in Valentine’s Day on MTV Beats with the release of their latest single Sanam Mennu. After performing their much-loved renditions like Ishq Bulaava and Gulabi Aankhen, the Mumbai-based band is exploring a new soundscape with their latest single. Tinged with romance, the single offers an unseen spectrum of their music on two levels — its lyrics and Punjabi beats. “Most of our songs are very intense. We wanted to change things up with this single,” explains Sanam Puri, lead singer. With an upbeat tempo, unlike their usual sound, brothers Sanam and Samar began working on the song while on vacation in Kerala. “Sanam came up with this riff, which we then worked on with the lyrics and the arrangement. With Sanam Mennu, we are opening up to a whole new spectrum of dance numbers,” he says Chipping in, Sanam tells us that Sanam Mennu “is a slightly ‘naughty’ number and not a sappy love song.”

On the release of the newest single, drummer Keshav Dhanraj says, “We have always wanted to introduce fans to our originals. Sure, there are nerves when it comes to new music, but we have received much love for what we have put out so far.” With almost 35 songs in their repertoire, the band is working on three songs set to be released within the next few months. Having toured extensively first in India and then across South Africa, Israel and Singapore in 2017, the four of them love life on the road. “Touring gives us a chance to connect with the people whom we are playing for. It is a real high that defines the dynamics between artistes and the audience. The studio is very different.”

They will also be featured on MTV Beats for two of its shows — Dil Beats and Love Shots.