Time's Up will make its mark on the Grammys

The #TimesUp movement that hit that red carpets Golden Globes, it will also be moving beyond televison and film. The initiative will again appear on one of music's biggest night. Reports stated that celebrities will celebrities will wear white roses to support Time's Up at the 2018 Grammys red carpet. It's a clear sign that the entire entertainment industry is supporting survivors of sexual assault and harassment.

Music industry executives Meg Harkin and Karen Rait were inspired to bring the movement to the Grammys by #MeToo and the presenters, attendees, and nominees of the Golden Globes wearing all black. The pair assembled with other women in the music industry to form the Voice In Entertainment initiative to find ways to support the Time's Up initiative. While the black-out trend and conversations about Time's Up didn't continue into the Screen Actors Guild Awards (though some did wear the Time's Up pin), that's not going to be the case at the Grammys, thanks to these women.

The encouragement comes from a letter penned by a group calling itself Voices in Entertainment.
We choose the white rose because historically it stands for hope, peace, sympathy, and resistance, the Voices of Entertainment letter reads:

Please join us in support of equal representation in the workplace, for leadership that reflects the diversity of our society, workplaces free of sexual harassment and a heightened awareness of accountability that our sisters started on January 1st and continued through the Golden Globes and onward. 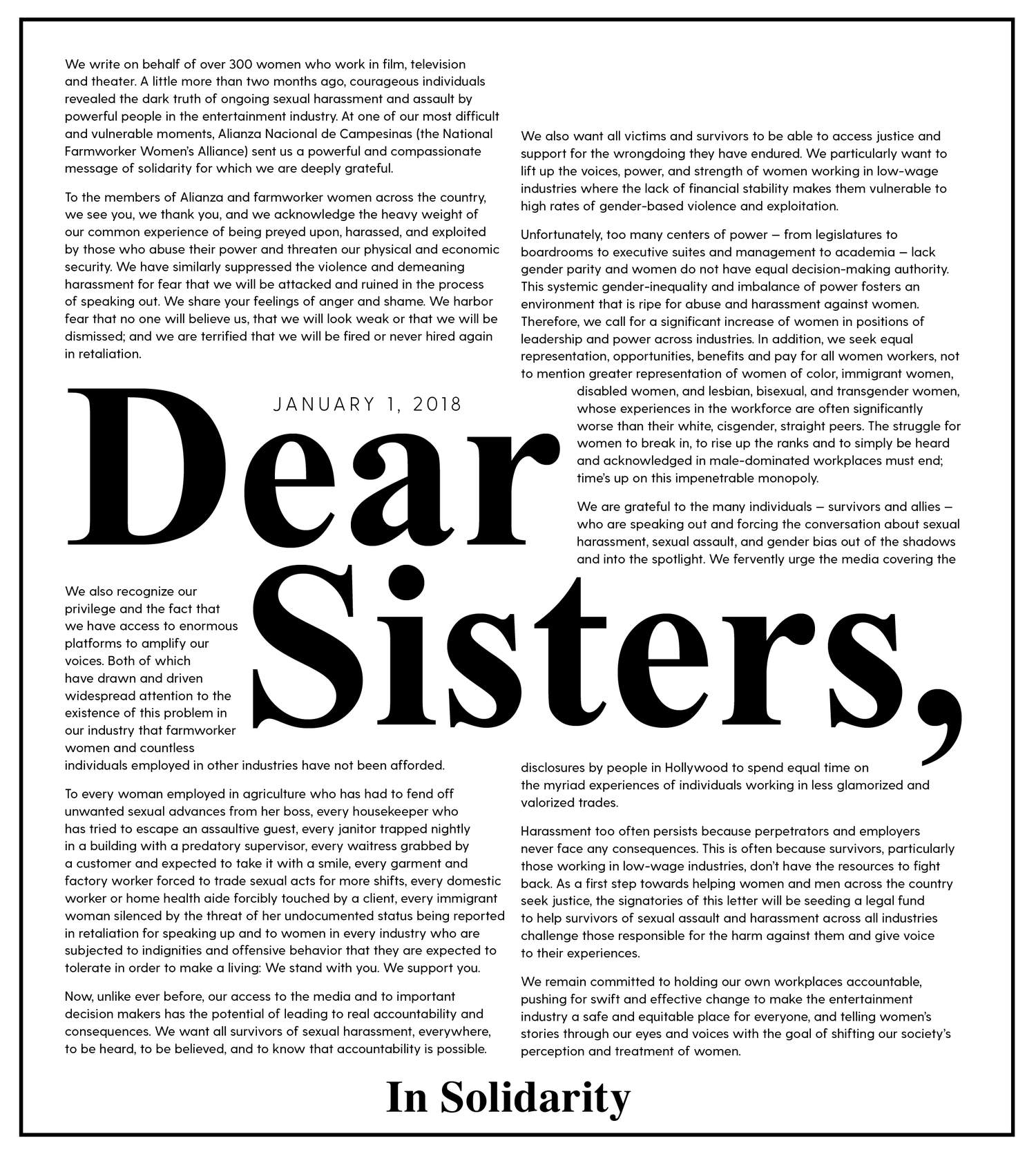