Mumbai: Fresh off her gorgeous soul/pop single Lie To Me that has won hearts all over, earned her a slot at Glastonbury 2019 as well as a dream call to open for the legendary Mark Knopfler at the Festival De Nîmes in France, comes her brand new single Rollercoaster - an upbeat summer song with the aﬃnity of an old Motown soul inﬂuenced pop record.

The 22-year old soul/pop artist from Switzerland announced that Rollercoaster is off her new EP titled SUNKISSED that will drop this October.

Veronica will also embark on her maiden India Tour this November in support of the new EP, performing intimate sets in select cities.

Says an elated Veronica, “I got so much feedback and support especially from India on my last release Lie To Me, it’s really incredible! I can’t wait to drop the new single and then come perform in India!”

Veronica’s new single tells the story of the highs and lows of `love’. However, somehow the singer with the soul-soaked voice has managed to wrap these feelings in a song bursting with pure exuberance.

She surprised herself with it, “I’m well aware of my tendency to write melancholic songs”, she laughs. “That’s why I am really chuffed to come up with something so cheerful.”

Rollercoaster with its sixties soul beat and a hint of Petula Clark and Dusty Springfield, was recorded in London with the legendary producer Paul O’Duffy whose long list of credits includes the likes of Marvin Gaye and Amy Winehouse.

“I see my songs in images,” explains Veronica. “Paul was very quick to pick up what I meant and find a way to turn the pictures into sound.”

Says Sunil D’Sa, Founder, 9122 Records, “From the melancholic Lie To Me to the upbeat & retro-ish Rollercoaster Veronica showcases her versatility. Besides, one can feel the confidence with which she holds sway on this new single, emanating from her recent experiences that included her first Glastonbury performance and the coveted opening slot for Mark Knopfler.

The response she’s received on Lie To Me has been overwhelming, but with Rollercoaster I’m confident that she’s going to win numerous more fans out here! Come November, Veronica will be here with her soul/pop sound and charming persona, on her maiden India tour! Till then enjoy this enthralling Rollercoaster ride!” 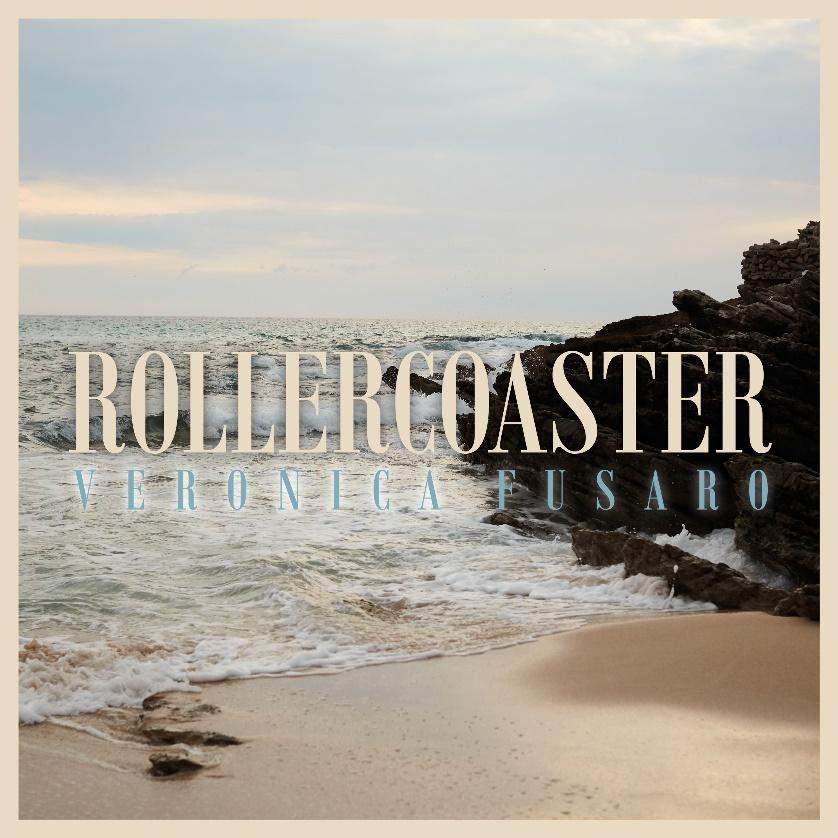 Veronica Fusaro has a brilliant year behind her. Last year alone she played 136 concerts and this year she’s well on her way to beat that. During the winter Olympics in Pyeong Chang, she was a massive hit at the House of Switzerland.

She was one of the highlights of the musical program at the Swiss Music Awards. In June, she raced from a gig in the Swiss mountains on the Friday to perform in Glastonbury on the Saturday. Low and behold, the modern hippies at one of the biggest festivals in Europe loved her.

Veronica Fusaro Rollercoaster is available in India exclusively on 9122 Records across all streaming services.

In the quiet remoteness of her home recording studio in Switzerland, Veronica Fusaro developed her characteristic soul/pop sound along with the bluntness of her songs.

At just 22, Veronica has performed at the Swiss Music Awards in Zurich; was invited to the Winter Olympics in Pyeong Chang and played two showcases at The Great Escape Festival in Brighton.

Her accolades include winning the «Demo of the Year» at the Swiss M4Music Festival (2016); winning Best Talent by the national radio station SRF3 (2017) & her nomination for the Swiss Music Awards 2017.

Touring ever since, her music matured with the euphoric reactions of her listeners. On small and large stages, from New Zealand all the way to London, back to Switzerland, Veronica Fusaro captivates audiences by building sound structures with live multi-instrumental loops - or by simply standing at the edge of the stage with her guitar and singing her songs with her affecting voice.

With 2 soft release EPs and the experience of a phenomenal 136 shows around the world in 2018, 2019 is set to be Veronica's big breakthrough year!

The young musician is ready for the stages of the world, with brand new songs, skillfully balancing between the depth and playfulness of her music: pure, powerful and intimate.