A breath of fresh music: Suresh Vaidyanathan teams up with Ranjit Barot and others for Windy Beats

THE next edition of Goethe Institut’s MUSIX series of gigs promises a stellar line-up of performers, grouped together in an Indo-European fusion band called Windy Beats, lead by ghatam expert Suresh Vaidhyanathan. He will be accompanied by acclaimed drummer Ranjit Barot, bassist Pascal Lovergne, flautist Amith Nadig and keyboardist Biju Paulose. Band leader Suresh offers an introduction, “When I was invited to present a concert inspired by rich Indian tradition on a jazz platform, the concept of Windy Beats came up as a tribute to the versatility of the Indian flute, percussion and jazz drumming.”

Working with such a diverse set of musicians was a fulfilling experience, says Suresh. “I have on board the doyen of jazz drumming in India, maestro Ranjit Barot, a living inspiration to drummers across India. He brings in amazing energy along with his own breezy jazz compositions. Amith Nadig is the Indian wonderboy on the flutes, turning his every breath into mellifluous tunes. Pascal Lovergne, the renowned bassist from Lille, France, brings in the rich European jazz tradition. Biju Paulose has to his credit many new-age tunes and original tones,” Suresh shares, adding that there is both tradition and modernity in what they have prepared for this performance. 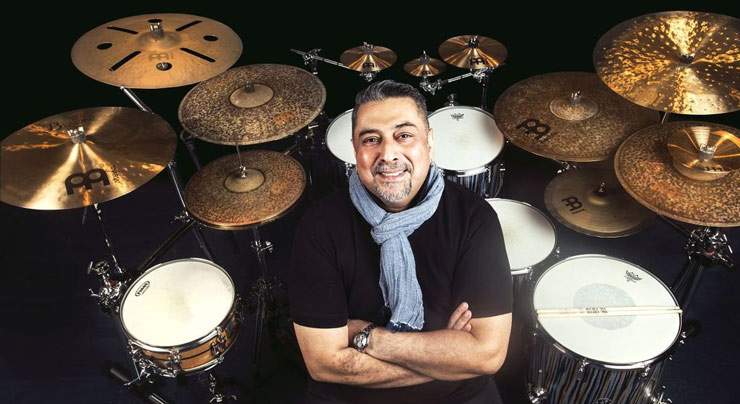 Talking about what to expect during the evening, Pascal says, “We will perform exciting pieces like Ananda, Durga and Eka Aneka, which nicely blend Carnatic and jazz music. There’s also Mango Beans, one of my compositions, and a piece from Ranjit, with a lot of rhythmic yet challenging melodies.” Having studied jazz at CNR de Lille and obtaining the Medialle D’or, Pascal has collaborated with a lot of international musicians and recorded in different styles, ranging from jazz to pop. He is also keen to learn fusion in Indian music. “I feel very fortunate to have met mentors along my way, the latest being Suresh Vaidyanathan. I am still trying to learn and improve every day,” he says.

Suresh says that he has challenged everybody in the band to bring out their best aesthetic sound for the event. “Undoubtedly, the rich experience and mastery of Ranjit will enrich every composition. Through the ghatam and konnakol, the authentic South Indian percussion will be celebrated,” he offers, adding that he is planning to add more horns and traditional world percussion in future shows.