Swati Bhatt’s musical journey has been paved with multiple stepping stones that have enabled her to reach the big milestone of launching her debut EP. The Delhi-based singer-songwriter, who trained in Indian classical music for six years and then moved on to Western contemporary, is a diploma graduate in Music Performance from Swarnabhoomi Music Academy and has her own jazz/Latin collective named Figo Maneiro. She is also a voice faculty in One World College of Music, Gurgaon, and has been a regular in the Delhi music circuit for over seven years.

Currently at home taking online music classes, Swati is keeping herself busy with the launch of Rebuild, her debut EP consisting of our four singles — Veiled, Dare, Reverie and Fall Out. Talking about overcoming social and mental barriers, the songs in the EP are intended to inspire listeners to tackle internal conflicts, self-doubt and emotional detachment. “The title came up after the entire EP was recorded,” she says, adding that she was looking for something that depicted both vulnerability and strength. Rebuild fit the bill. “It is about the journey of individuals trying to find the courage and becoming their true selves,” she adds.

Post the release of the EP, Swati shed more light on the soundscape of the album, the camaraderie she shares with her band, and her musical influences. Excerpts:

When did you decide to become a musician? What were the challenges you faced in your early days?

I reached clarity in taking music as a career while I was in my final year in college. It’s when I realised that creating music meant something much bigger to me. It moves and inspires me, and that’s what’s going to keep me happy along the way. I try to do everything in my life with clarity and I truly believe in what moves me, so I gave it all my time and worked really hard to make it happen. The major challenge has been navigating myself through this profession and understanding how it works on my own. I’m from Raipur and come from a family of nonmusicians. I have had no teacher/senior who could teach me Western music or anything else about this industry. During my graduation in Delhi, I did receive a lot of exposure, but still aspired to get more training. So, the first thing I did after finishing college, was getting professional music education, to feel more equipped to be going for this. But there’s a lot more to it especially if you want to release your music on your own. You are not only writing your music, but also composing, arranging, marketing, merchandising/ branding, and much more. It’s an overwhelming process but it’s also so deeply fulfilling.

Who are the key people in your journey so far?

My mother has been my backbone. She was initially worried since this field is extremely alien to her, but she has immense faith in me and she never questioned whether it’s going to work or not; I think that’s the kind of support an artiste needs from their families. She has always given me the courage to follow my own path on my own terms. I also have a close-knit group of friends, like family, who’ve been rooting for me constantly and made it easier to get through it. Lastly, my teachers from Swarnabhoomi Academy of Music played a major role in boosting my confidence.

What’s the kind of soundscape that you wished to create in Rebuild?

With this EP, I was experimenting with a lot of sounds and textures. I did not keep myself in a box or played safe. The important thing for me was that it has to feel right. Then there was more intense work on arranging these ingredients to make them flow into the composition. Each song has its own densely layered arrangement with lush yet organic soundscape, featuring vocal layers as different textures, percussive parts and live ensemble.

Could you give a tracklist with the corresponding themes for each song?

Veiled - It’s a story of a woman’s journey of self-conflict, of how she breaks away from her loveless marriage while feeling lonely, betrayed and helpless. And how she finally finds her voice and her strength - for herself and for the ones she loves.

Dare - When you're your own biggest critic, it gets difficult to let go and be yourself. This song is a cheer, for finding a voice inside that helps you break the mental barrier of self-doubt.

Reverie -This song is for anyone who ever felt lonely and restless and has felt stuck in its dangerous cycle. In order to find solace, you create a happy place in your mind, a place where you feel completely at ease, yet it’s only a reverie.

Fall Out - There are times when one feels uninspired and detached from all that's around. The conflict between the mind and the inner self becomes paralysing. This song is about the conversation one has with themselves, and the struggle to rise and heal.

Tell us more about your band.

There’s Suyash Gabriel on drums, Divij Kapoor on guitar, Abhi Iype on piano and Suyash Agrawal on bass. I’d known all of them separately and have been deeply inspired by their playing. After finishing the demos, I reached out to them and we started rehearsing and putting the scratch recordings together. They all brought in their own elements to the songs and it was a very organic process. We come from this really open-minded perspective, respect each other a lot and get influenced by each other’s music, making room for the other’s voice, and finding harmony between their’s and ours. That made our teamwork much more effortless and cohesive.

How would you describe your musical style? Which artistes have been your biggest influences?

My music combines elements of jazz, a cappella singing, contemporary pop and folk, to frame a fresh and unique sound. It features lush vocal layers, propulsive rhythmic ideas, vocal looping, body percussion and a blend of vocal and instrumental timbres. I intend to have my own identity, but you don’t want to have to call it something. Throughout my life, I’ve found myself drawn to artists who sound like no one else, and who are clearly following their own path and sound. My biggest influences have been Becca Stevens, Aaron Parks, Lianne la Havas, Antonio Carlos Jobim, Maro, Jacob Collier, AR Rahman, Amit Trivedi and Sufjan Stevens.

Are you working on future projects at the moment? If yes, could you share some details?

I’m on the early stages of writing two singles (in Hindi and English respectively) and I’m also collaborating and creating original music with two other singer/songwriters. I’ll also be conducting two series of workshops – one on releasing music and navigating the space and another on contemporary harmony and music appreciation.

Lastly, how are spending your time under lockdown? How has the pandemic changed your approach to songwriting as well as your overall outlook as an artiste?

I’m back in my hometown and with my EP’s release and online teaching, I have been truly swamped with work. There’s a lot of stuff to be stressed out about but also a lot to be really grateful for, like spending time with my mother and having homemade food. This being the first EP, I’m still learning and I feel like I’ve gotten closer to myself, because, with every song that I make, it feels like I’m introducing myself, constantly. 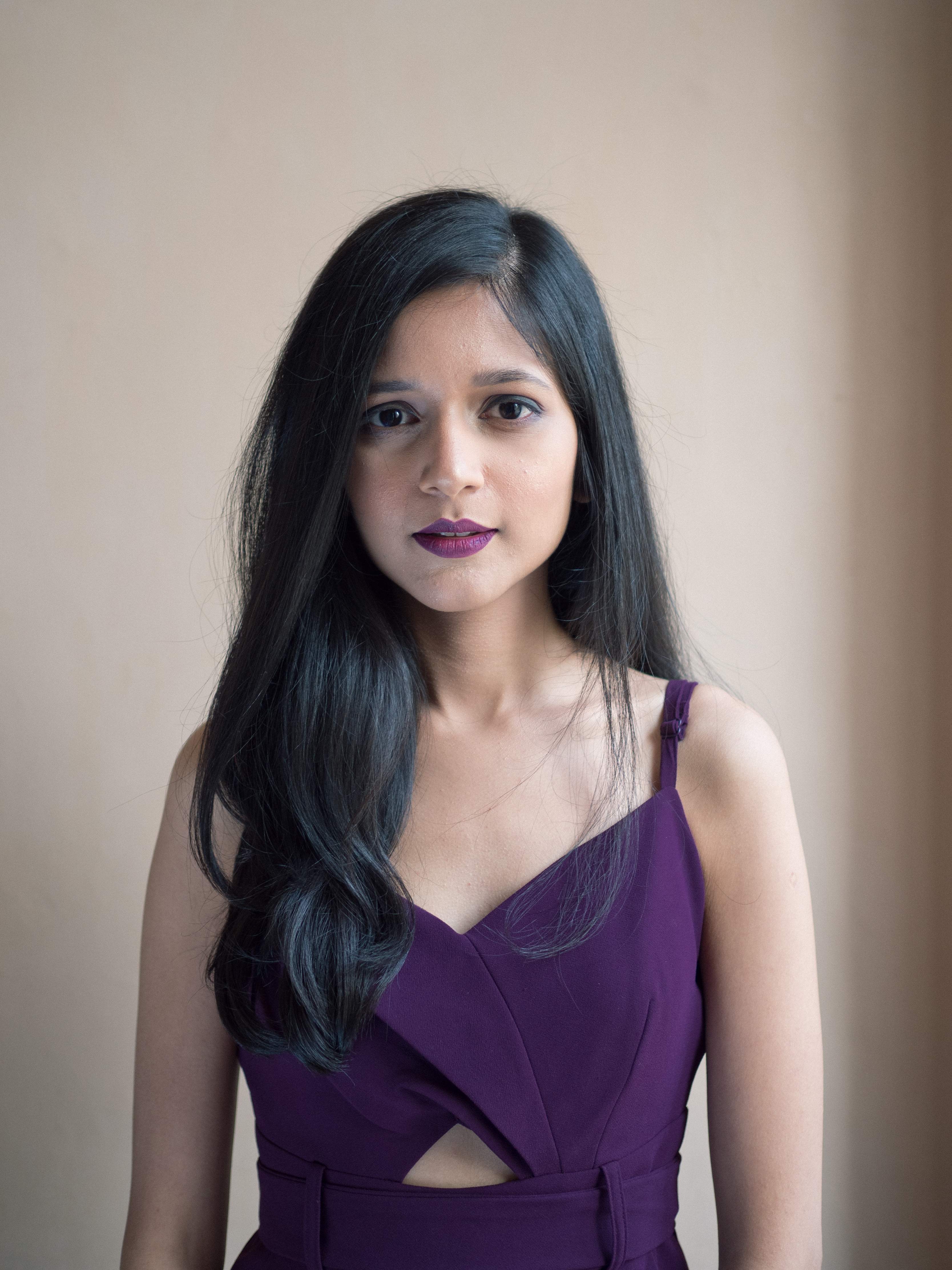