Swayed your hips to Badshah’s Genda Phool like Jacqueline Fernandez? Time to shake a leg on Bickram Ghosh’s Tabla Beat Mix of the same song, this Diwali. The mix is a fusion and the 53-year-old percussionist has punctuated the rhythms of the tabla with Badshah’s rap, keeping the original flavour of the song intact. The result is a funky soundscape which has the original creator, Ratan Kahar, dancing to the melody along with actor Devina Kumar.

Talking about the venture, Ghosh offers, “When Sony Music approached me with the song, it got me excited to the core. The song puts my instrument in the thick of things. Also, it would put Bengal in the national music map. I couldn’t let this opportunity slip from my hands.” 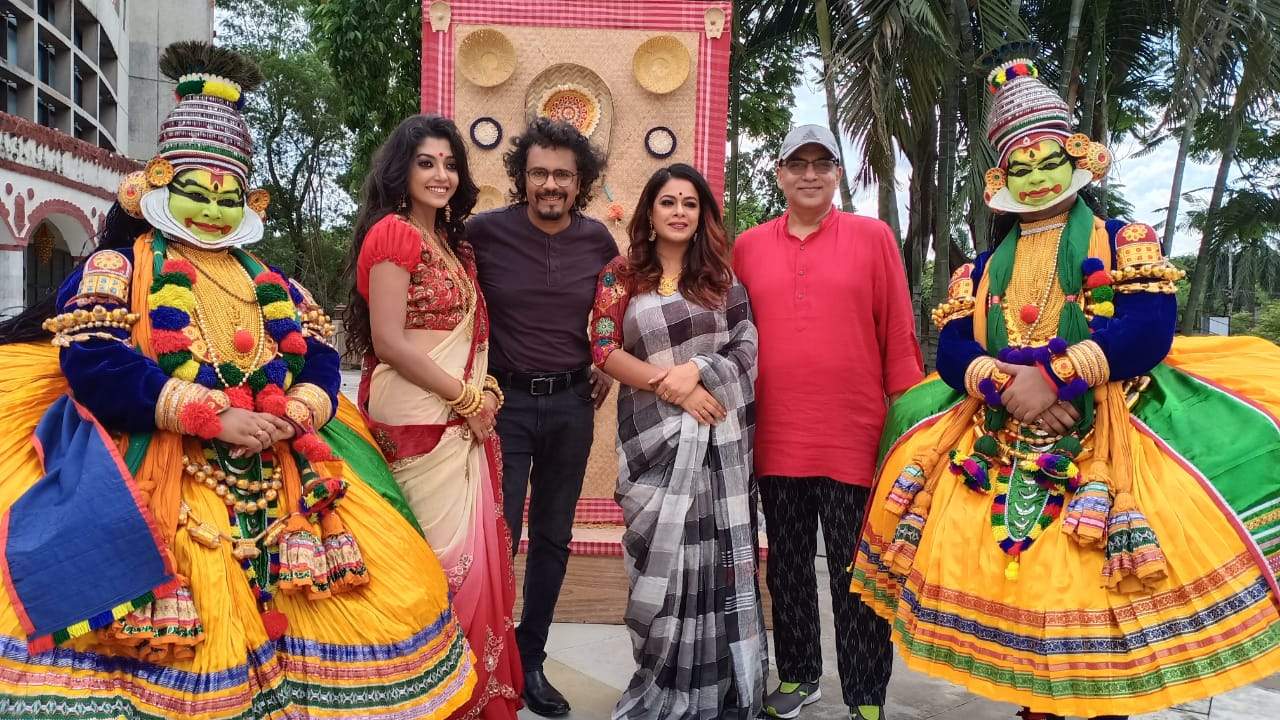 Ghosh here maintains his unconventional approach while playing the tabla and one can find his solo sets and the jugalbandi equally captivating. Giving us more information about the music Ghosh who enjoys an unparallel repute in the industry for his new-age experimental beats says, “I wanted the tabla to get its due with this song. It’s a monster of a drum! My friend Sayan Ganguly got on board and added EDM influences to it. The jugalbandi transpired organically and that is being lauded by many.”

It’s not just the music but new lyrics also add to the flow of the folk song. Sugato Guha wrote an additional antara making it a complete package.

Shot partly at Ghosh’s Behala house, the video was quite a challenge informs the percussionist. However, making it a smooth journey was director Arindam Sil. “We had to match the vibrancy of Badshah’s video, keeping the colour palette the same. And Arindam Sil did an outstanding job with that. If you watch the video it will seem as if Badshah and Jacqueline are part of the video. We shot it in flat eight hours!” informs Ghosh who just wrapped up Sanjay Dutt’s upcoming film Torbaaz. Though his hands are full with a slew of Tollywood projects, he plans to launch Rhythmscape’s new album apart from collaborating with Hariharan.