Sukhbir speaks to Indulge about his latest single, Nachdi, that has garnered over 25 million views

It's been over two decades since Sukhbir debuted in the Indian music industry with his hit song Punjabi Munde. From among his contemporaries, Sukhbir is the only one who continues to stay relevant even to this day. Whether it was the remake of Sauda Khara Khara for Good Newwz or Oh Ho Ho Ishq Tera Tadpave for Hindi Medium, the singer’s tracks are still among the biggest hits of Bollywood.

Clocking in millions
However, this popularity hasn’t made him take Singer Sukhbir on his latest single Nachdi, his Bollywood remake and collaboration with rapper Arjun anything for granted. Sukhbir dropped his latest single Nachdi in January and the song has clocked over 24 million views (and counting). True to his style, the song is a peppy number that’s perfect for the dance floor. “I wanted to release this track as the first song of my career. But back in the day, record labels would pick one song from an album to make a video, and everyone picked Punjabi Munde. I decided at that time to re-release the song, make a video and give the love it deserves because I felt Nachdi represented me,” he explains. The song also features rapper Arjun. Sukhbir says he discovered the rapper after he heard Guru Randhawa’s Tenu Suit Suit Karda. 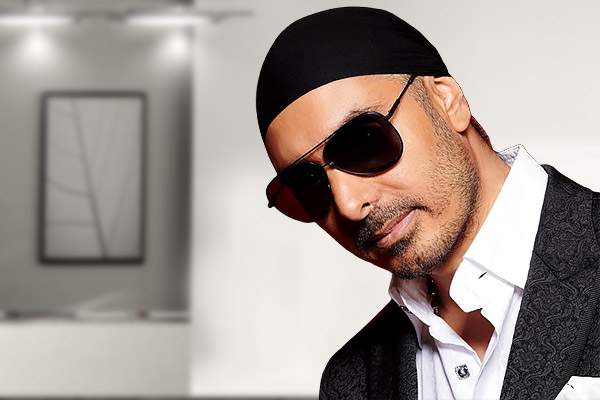 “I heard him rap and became his fan, so I requested him to work his magic, and the rap just made the song sound great,” offers the singer. Nachdi was completely shot in London and directed by Simon Fellows with whom Sukhbir has collaborated on six tracks including Gal Ban Gayee and Oh Ho Ho Ishq Tera Tadpave. “All my videos are shot indoors and in London, and I wanted a vibe that was similar to my previous videos. But I also wanted it to be modern. There’s no storyline, like my other tracks. My song is a complete dance number and it reflects the Punjabi tradition of celebratory music,” says Sukhbir.

Diverse ideas
Despite the lack of elements such as exotic locations, fancy cars and flashy jewellery, Sukhbir’s songs have always done well. Nachdi particularly stands out also because of the diversity it brings. “I personally feel if a song is strong, it will dictate its own terms. Songs speak to people who create them. If I feel my song makes me dance, I am very confident it will make others dance as well. For Nachdi, we got people who danced from their heart. It was a mix of French, Jamaican, British and Punjabi girls. I am Kenyan and Arjun is a Sri Lankan. What the track signified is that the world has to come together and we need to change our state of mind to start the year on a positive note,” he says.

Although his songs get remixed for films, Sukhbir doesn’t mind it, but says, “I think some are good, and some are not good. I wish we have some creative control. At the end of the day, you want your songs to be treated in a certain way. It feels good to connect with younger people through remakes. However, if you as a listener don’t like the new version, you can always listen to the original on YouTube.” Going forward, Sukhbir is working on an untitled web series and is also looking at collaborating with other Punjabi singers.