A group of theatre practitioners from Delhi will stage the play, Enter At Your Own Risk - By Order of Toba Tek Singh, this weekend in Bengaluru. The play is a devised experimental performance inspired by the works of Saadat Hasan Manto. Here's what to expect:

What's the narrative of the play?

It is a devised experimental play inspired by the works of Sa’adat Hasan Manto. Texts by Shubha, Mahasweta Devi and Amrita Pritam have been included in the narrative. The play tries to explore the notions of sanity and insanity, through multiple narratives weaved in a non-linear structure, by critiquing the madness of aggressive nationalism. It looks at how this kind of nationalism breeds fascist ideology and how it regulates women’s bodies to assert power, making it a site of nationalist politics.

From the vantage point of partition, it brings into focus some of the contemporary issues - Babri Masjid Demolition, Muzaffarnagar riots, Jaat reservation riots and violence in Kashmir and Manipur. The madness that led to the division of the country in 1947, which Manto has critiqued in his works, continues even today through divisive and communal politics. The play tries to bring forth the danger which is lurking around us in the form of upsurge of blind patriotism and nationalistic fervour and the urgency with which we need to resist it. 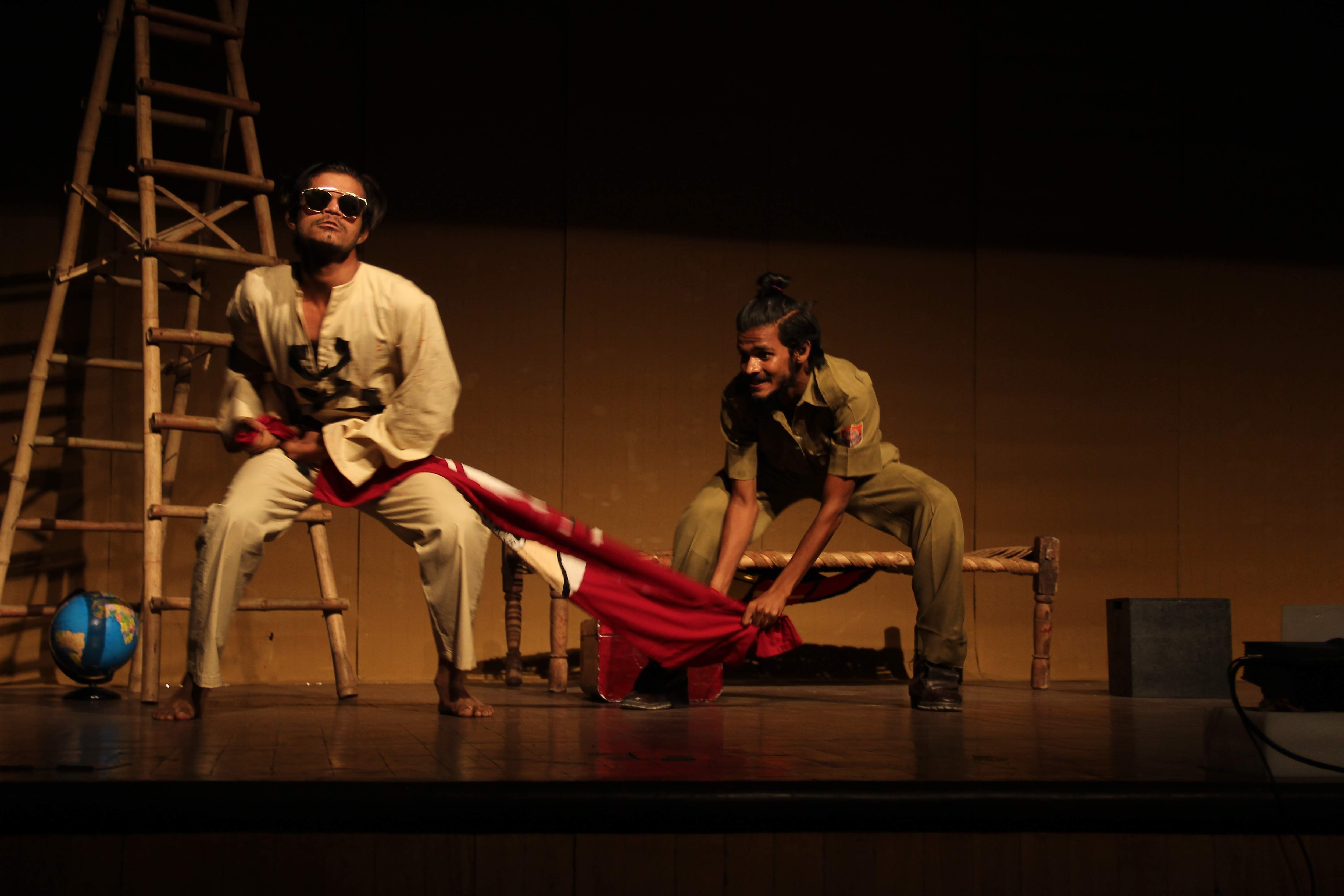 In the preface to the play, you mention, “bodies of actors are used for interaction,” does it mean you will use the body to form objects and use the body as a prop on stage?

When we say, “bodies of actors are used for interaction” we are referring to the rehearsal process wherein the actors were supposed to engage with the text, news articles, documentaries, theoretical concepts and then respond through their bodies. We attempted to make the creation process as organic as possible, such that the gestures, the dialogues, the movements came from the actors themselves, rather than we telling them to do a certain thing or gesture, we worked on building their sense of understanding about their characters.

These four stories by Manto have time and again been performed by many theatre artistes. How different is your interpretation?

The play has a non-linear narrative and is inspired by the four stories written by Manto. It also includes contemporary narratives and issues which we related to the plot of these stories. We didn’t find the fictional narratives of Shareefan and Sakina (two characters from Manto’s stories - Shareen and Khol Do) very different from the recent horrific rape case of Asifa in Jammu that shook all of us.

The stories are not entirely re-told as in the text. Key moments and characters from the story are brought in the play through the use of various theatrical techniques such as visuals, stylised movements, choreography and properties. The play is set in the National Paagalkhaana which is inspired from the plot of Toba Tek Singh. The fictional characters move to and fro in time and converse with the characters from recent times.

In some scenes to represent the horrendous crimes and the systemic violence, we have used Brechtian technique of alienation. Actors break the fourth wall and speak directly to the audience in a few scenes. 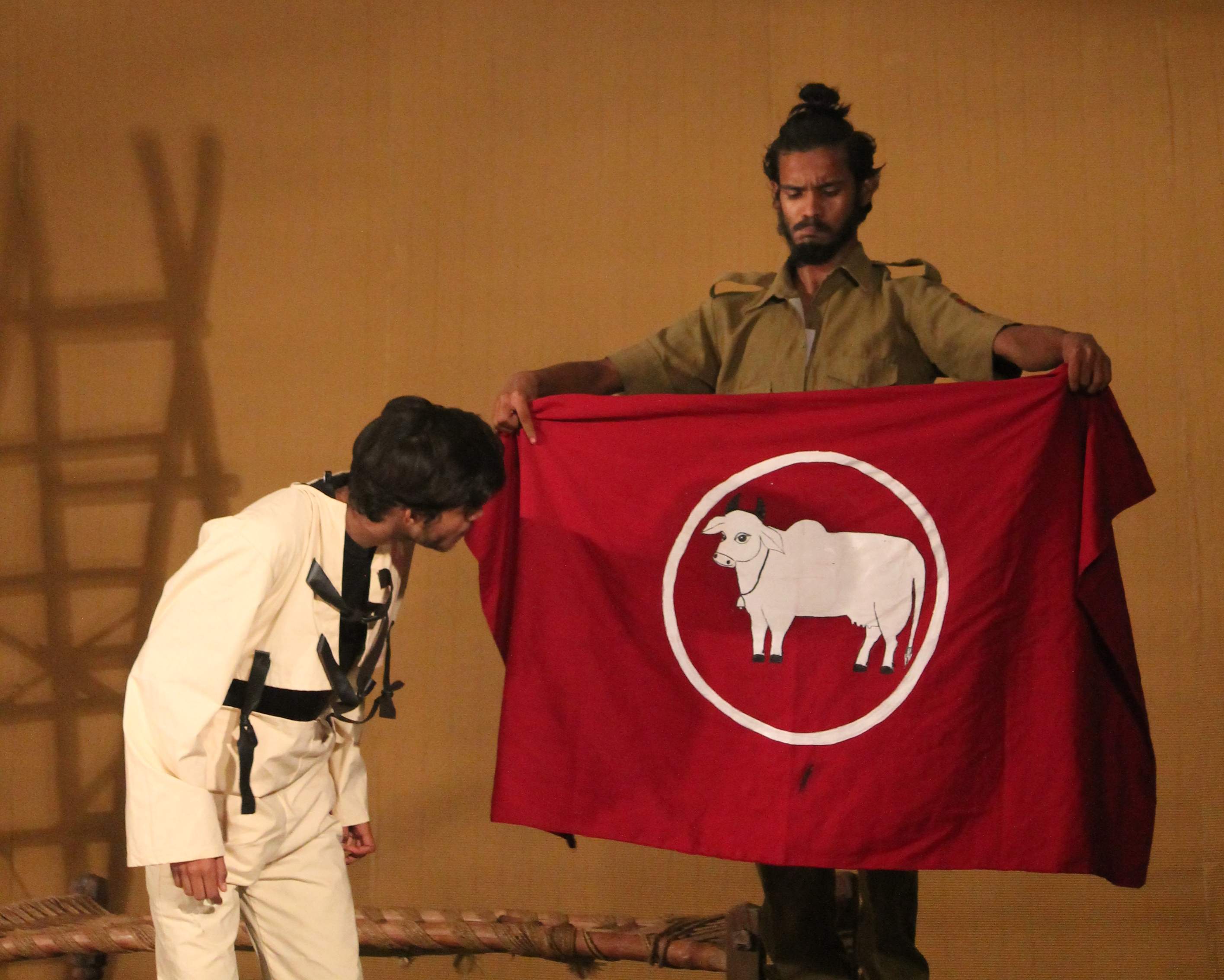 We have adapted the stories and attempted to keep the essence of the characters and the story. In the play, the characters from Manto’s stories, at various instances, also talk about contemporary issues. Manto himself is a character in the play, along with some other characters who are placed in an undefined time frame, merging both the past and the present.

Apart from Manto’s characters there are numerous other characters representing various lives of people who have suffered loss in the riots or state violence. For example, Bashir, a character based on a person from Kashmir, called Bashir Moat is a victim of state violence.

What is the takeaway for audiences from the play?

Incidents of communal violence and state-sponsored terror targeting minorities have become commonplace in recent times. Through this play, we hope to disturb the normalcy around such incidents and the ideology that makes people hate each other.