The Mousetrap: The longest-running theatre production in the world comes to Chennai

The Queen of crime fiction’s magnum opus is coming to India, again. Agatha Christie’s story “The Mousetrap” premiered in London back in 1952. Over the last 60-odd years, luminaries including Sir Richard Attenborough and Stephanie Cole have appeared in this terrific whodunit. The play has also received three entries in the Guinness Book of World Records and has been presented in 27 languages in over 50 countries.

The plot is set in a charming countryside guest house (Monkswell Manor) run by newlyweds Giles and Mollie Ralston. As guests arrive through a heavy snowstorm, they start to hear of a gruesome murder, earlier that morning, in London’s Culver Street. Just as everyone realises they are stranded in the house, the police arrive stating that the murderer may be amongst them already!

The Mousetrap will be performed at the Sir Mutha Hall, Chennai.
From November 8-10.

Here are some lesser-known facts about this British production, which is being brought to town by BlanketSlate India:-

* It was originally written by Agatha Christie as a short radio play “Three Blind Mice” to celebrate the 80th birthday of the late Queen Mary.

* Lord and Lady Attenborough remained closely involved with The Mousetrap through his Trusteeship of Mousetrap Theatre Projects, a charity which takes thousands of young people to West End theatres each year (only rarely to The Mousetrap itself) who would otherwise be unable to attend.

* To celebrate the 60th Anniversary there were 60 productions licensed around the world in places as diverse as Australia, Turkey, France, Russia, China, South Africa, Korea and the USA. Also, the first UK Tour of The Mousetrap started in Canterbury in September 2012 and continued to December 2016.

* Agatha Christie gave the rights to The Mousetrap to her nine-year-old grandson, Mathew Prichard, before it opened, without having any idea of the extraordinary phenomenon it would become. In recent years he has donated them to the benefit of charities for the arts and other causes, especially in Wales. Mathew Prichard CBE is Chairman of Agatha Christie Ltd. 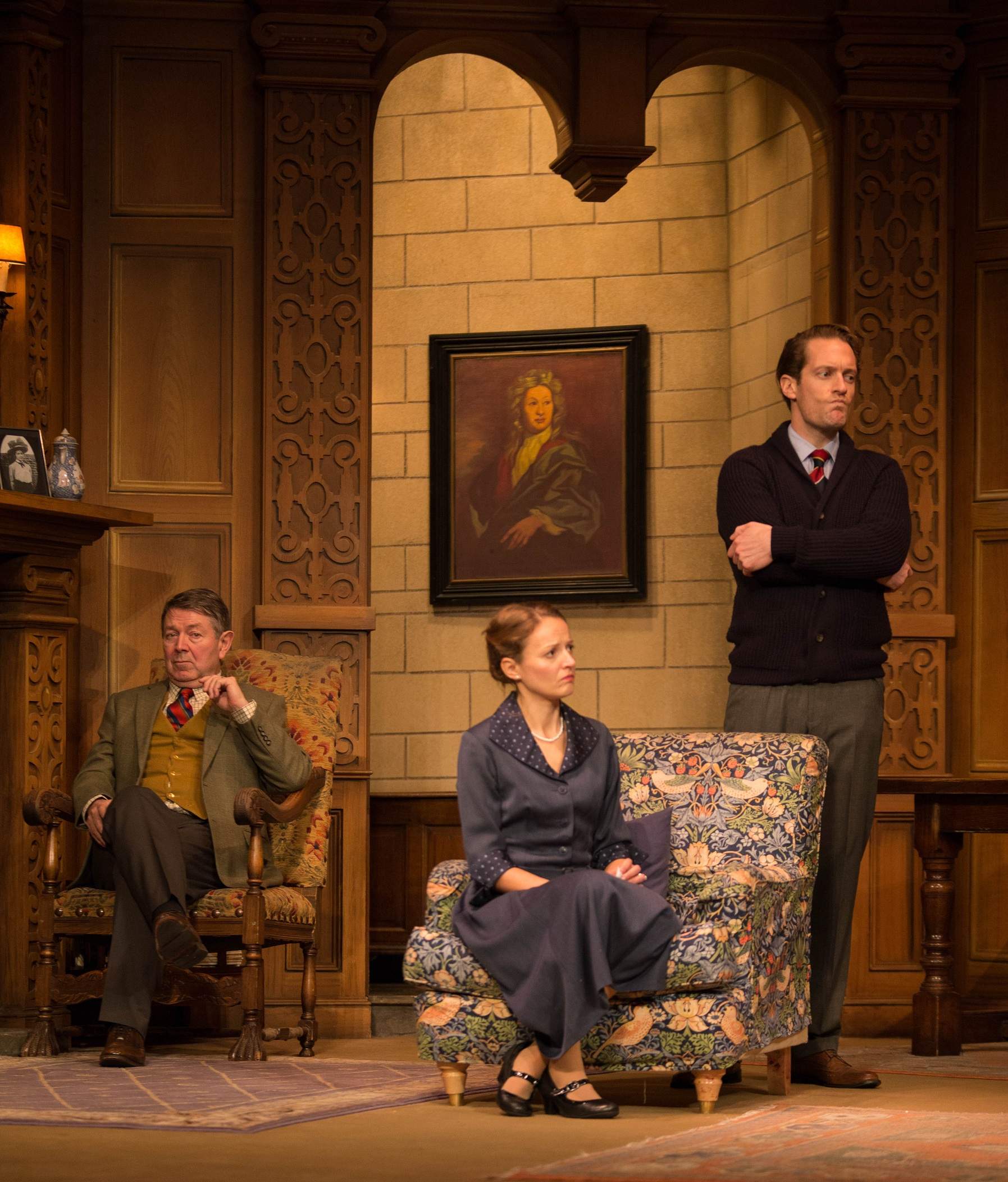 * In March 1956, Peter Saunders,  the original producer of The Mousetrap, sold the film rights, but shrewdly added the proviso that the film could not be released until six months after the end of the West End run. The film has yet to be made...

* In 1959 the cast of The Mousetrap, armed with various props, gave a special performance at Wormwood Scrubs prison. During the performance, two prisoners escaped.