Bengaluru is one of the most preferred Indian cities to perform in for some of the best drag queens from across the world, whether it is the Korean-American Kim Chi, Americans Milk and Tammie Brown or Pangina Heals from Thailand. The city has also witnessed performances by local stars like Maya The Drag Queen and Zeesh. Tonight, an up-andcoming drag queen Avatari Devi debuts in the city.

In search of love
Avatari is 36-year-old Saransh Sugandh, a Delhibased filmmaker and journalist. This evening’s show titled Lila by Avatari Devi, is a 50-minute desi drag performance in English, Hindi and Bhojpuri. As per the synopsis, the performance explores the idea of love — the love of Krishna that is pure and gentle. Avatari comes to Bengaluru in search of this love, looking for it in pubs, seeking it online and also searching for it in baghs (gardens).

“This is a play of identities. Avatari Devi is a transwoman from Buxar in Bihar. She comes to Bengaluru and there is a whole story around that. Avatari travels to another (fictional) site, Lila (a reference to Mathura), and the audience is presented with an interpretation of modern day Krishna and what we are refer ring to as love and bhakti (devotion). We a replaying with these different ideas of love and identities,” explains Saransh.

Saransh’s backstory on how he was introduced to the idea of having an alternate persona puts things in perspective. The performer who originally hails from Bihar and belongs to an extremely religious family says his travels to holy Hindu sites in North India exposed him to the idea of femininity. 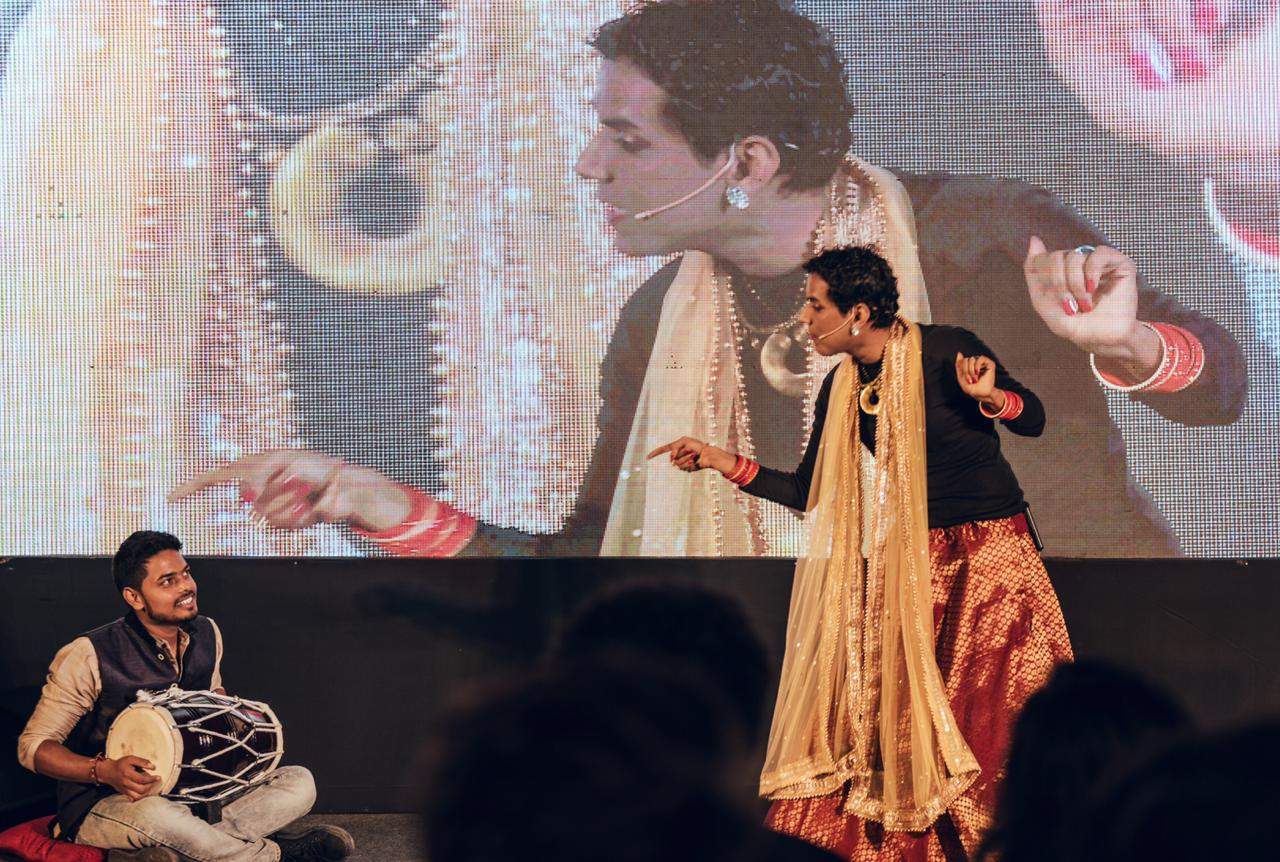 Folk tales
Talking about his past and the build-up to his new identity as Avatari, he explains, “Since I am from Bihar, I am very familiar with the Launda Nach folk art performed by laundas (dancer boys). The treatment meted out to these boys was similar to the way nautankiwalis (dance girls) were treated. They weren’t respected and were exploited. My travels to places like Mathura, Puri and the Kumbh also helped me understand that feminine expression existed everywhere. Even boys dressed up as gopis in Mathura during festivals. Feminine characters were always offered a place in the narrative. But they had to remain within the religious confines. If these characters strayed beyond those confines and took on a sexual role, there was a problem. What I realised is that a woman could either be a mother or a prostitute.”

The artiste also says the changing drag scene in India and its acceptance prompted him to work on his version of desi drag. Besides sexuality, the narrative deals with the changing dynamics of society and censorship. “All my performances are also political when it comes to gender expression. They refer to other kinds of marginalisations that exist in our society. It’s about women, the dalits and everyone who is marginalised,” says Saransh, who will be accompanied by Kaleem Khan on the percussion for the performance.