It’s been a really busy week for Taylor Swift. Her eighth studio album Folklore was met with widespread critical and popular acclaim and sold over two million copies in its first week. But the singer also got involved in a bit of a controversy after Amira Rasool, the founder of Black-owned independent fashion retailer The Folklore, accused Taylor of ripping off the company's logo for her album merchandise and took to Instagram to talk about it. 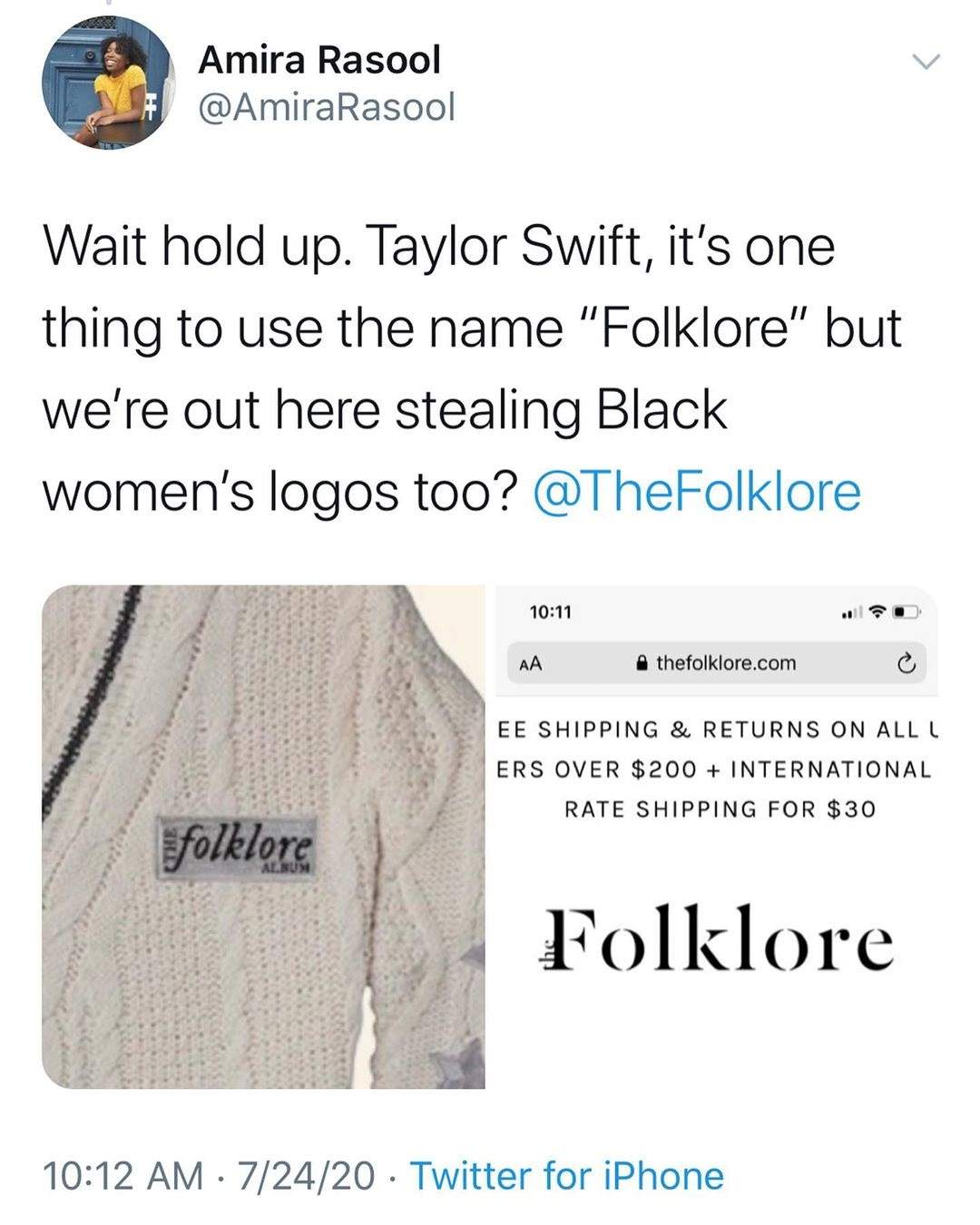 “This morning, it came to my attention that musician #TaylorSwift is selling merchandise to go along with her new album ‘Folklore’. She is currently selling merchandise with the words "The Folklore" printed on them. Based on the similarities of the design, I believe the designer of the merch ripped off my company's logo. I am sharing my story to bring light to the trend of large companies/celebrities copying the work of small minority-owned business owners. I am not going to let this blatant theft go unchecked,” Amira wrote on Instagram. 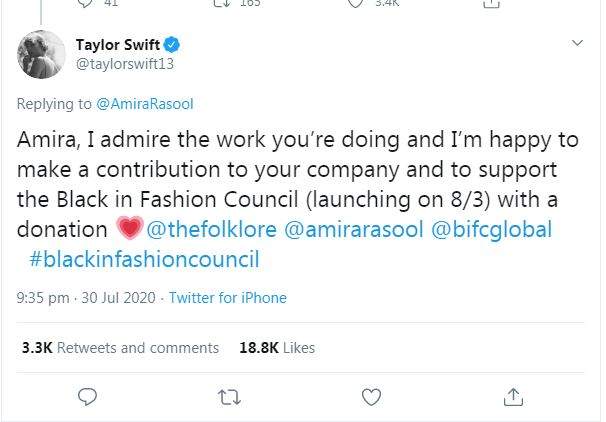 Taylor immediately acknowledged her claims and also revealed that she’s a fan of Amira’s work and pledged donations to her company and her support to the Black in Fashion Council. “Amira, I admire the work you’re doing and I’m happy to make a contribution to your company and to support the Black in Fashion Council (launching on 8/3) with a donation,” Taylor wrote on Twitter. Moreover, Taylor’s merchandise also appears to have dropped "the" from its Folklore branding. And a cardigan on her merchandise website reportedly sports the logo Folklore album.

Amira praised Taylor’s response to the situation with a social media post. “I commend Taylor’s team for recognizing the damage the merchandise caused to my company  @TheFolklore’s brand. I recognize that she has been a strong advocate for women protecting their creative rights, so it was good to see her team is on the same page,” Amira wrote on Twitter.