Social media has been abuzz with opinions since Mumbai Police revealed that Badshah admitted to buying millions of fake views for one of his videos. The rapper reportedly confessed that he spend Rs 72 lakh for 72 million views for his music video for Pagal Hai, while he was being interrogated in connection to a racket that sells fake followers and views to celebrities and influencers. Though Badshah has denied all allegations, people from the industry have been weighing in on the situations. 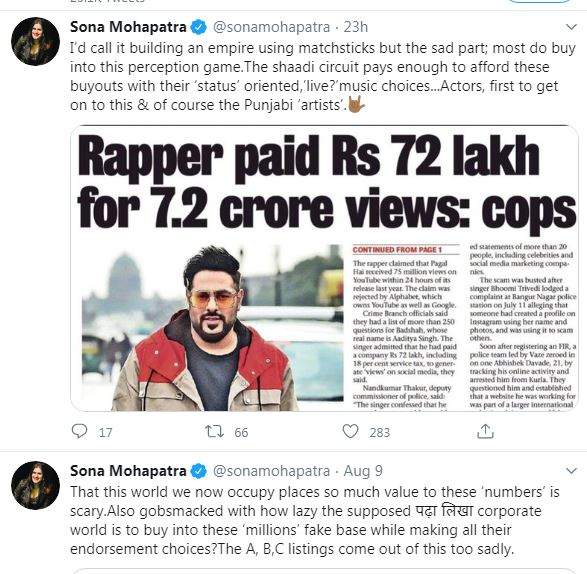 Singer and composer Sona Mohapatra called out the rapper on Twitter and also slammed corporate culture which promotes this behaviour. "That this world we now occupy places so much value to these ‘numbers’ is scary.Also gobsmacked with how lazy the supposed पढ़ा लिखा corporate world is to buy into these ‘millions’ fake base while making all their endorsement choices?The A, B,C listings come out of this too sadly," she tweeted.