Veteran Bollywood actor Vinod Khanna passed away today. The 70-year-old was admitted in HN Reliance Foundation and Research Centre on Friday (March 31) due to severe dehydration. However, recent reports suggested that the actor was also suffering from bladder cancer. 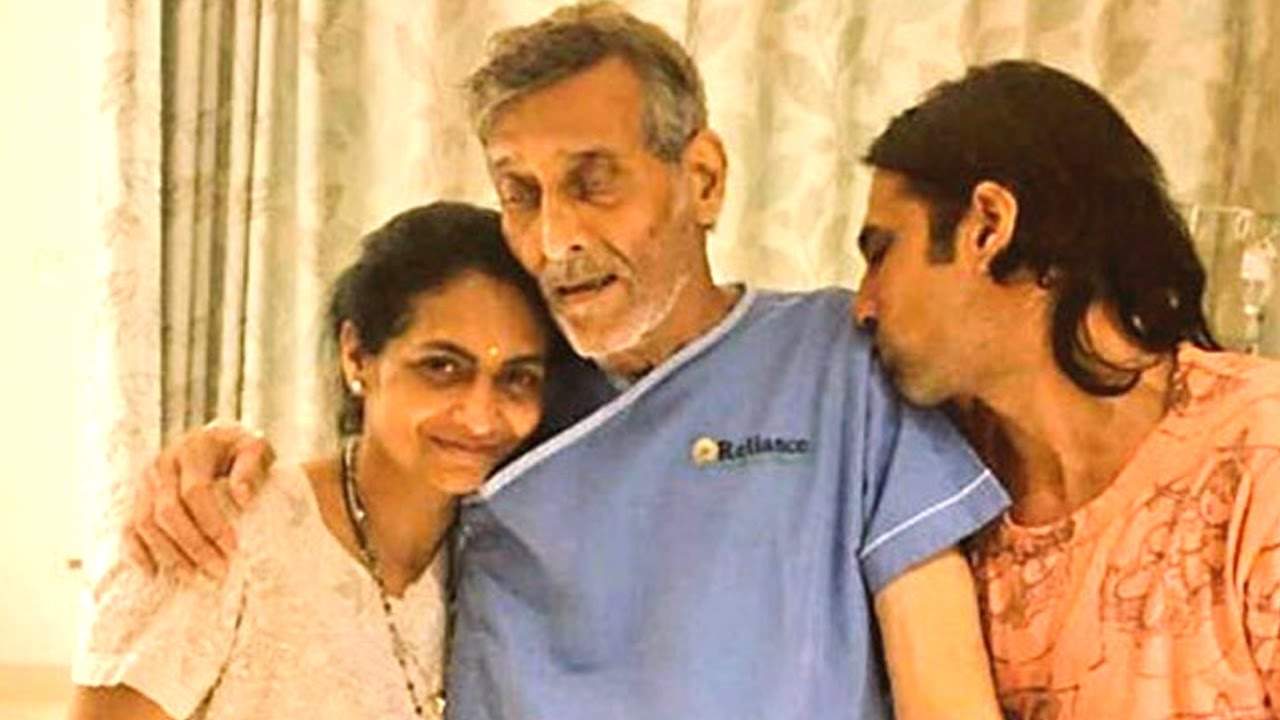 A picture of the actor with his son went viral over the internet. The picture saw the Amar Akbar Antony actor looking like a shadow of his former self. Dressed in a hospital robe, the actor looked very unwell. However, neither the actor's family nor the hospital confirmed if he was suffering from cancer. Although, earlier this year, Vinod Khanna had addressed the media at a press conference and had mentioned that he was diagonised with cancer and that he is almost cured.

Born in 1946, in Peshawar (now in Pakistan), the actor made his debut in Adurthi Subba Rao's Man Ka Meet in that released in 1969. Noted as one of the most stunning actors of his time, Vinod Khanna was known for his roles in Mere Apne, Mera Gaon Mera Desh, Achanak, Qurbani and many more. He also played the lead role in Pakistani film Godfather, direcred by Hriday Shetty, that released in 2007.

During the 1970s and the 80s, Khanna was seen sharing the screen space with Amitabh Bachchan, Rajesh Khanna and Dharmendra - thanks to the trend of multi-starcast movies. Vinod Khanna was last seen in Rohit Shetty's Dilwale along with Shah Rukh Khan and Kajol. The actor was in a total of 141 films between 1968 and 2013.

The actor was also an active politician. He was the sitting Member of Parliament (MP) from Gurdaspur, Punjab.