Twinkle Khanna is not a beginner to the concept of online trolls. She is also not the type of person who keeps quiet during such things. In the past, she has been savage with her takedowns of regressive and backward schools of thought.

After a photoshoot yesterday, the actress tweeted a photo exclaiming, "Sometimes I get to do this as well - like the Madonna song 'Strike a pose- Vogue Vogue Vogue!' 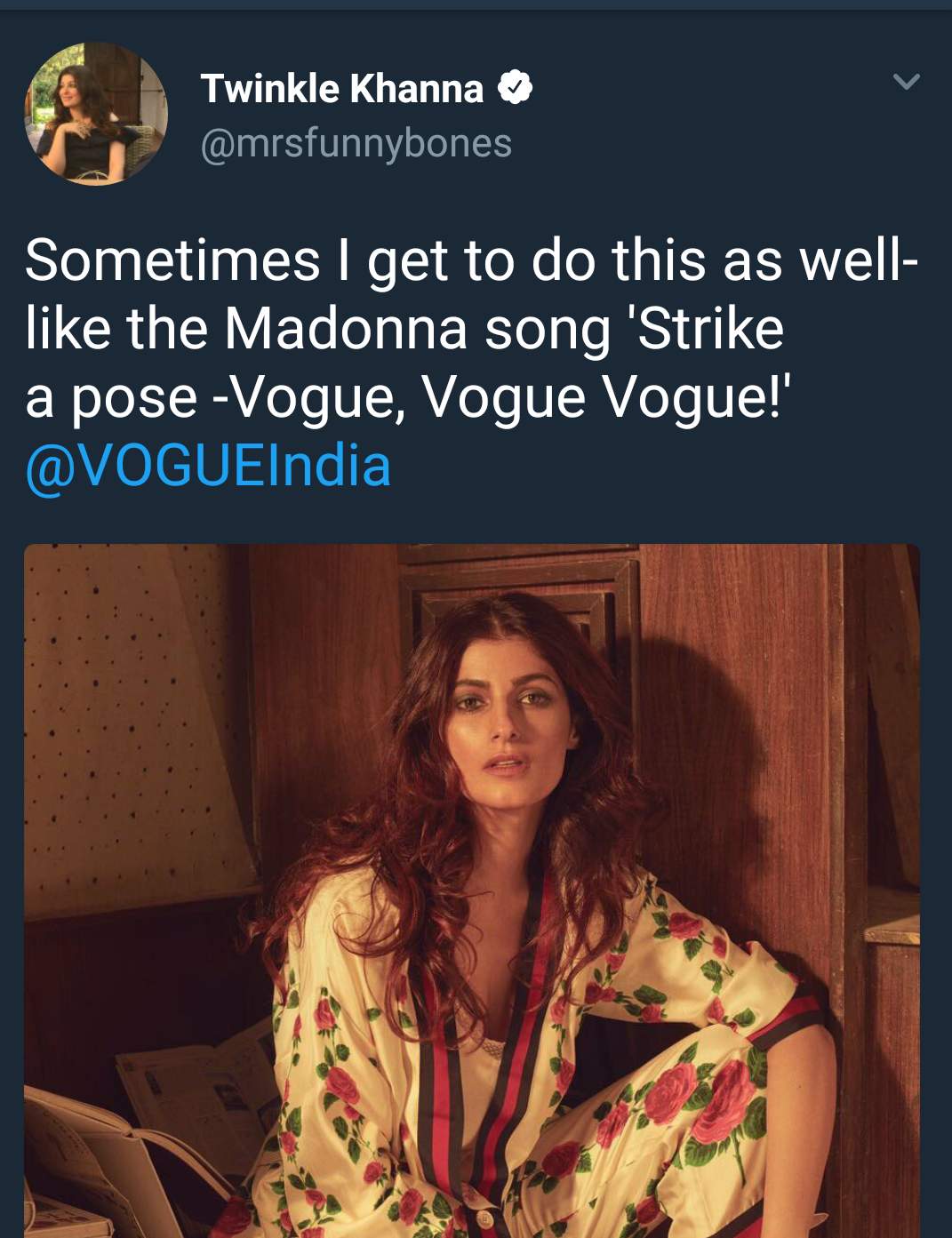 Soon, the trolls descended down and called her out for "sitting on books" and disrespecting them. While some thought the photo was gorgeous and beautifully photographed, the trolls had other words to say. 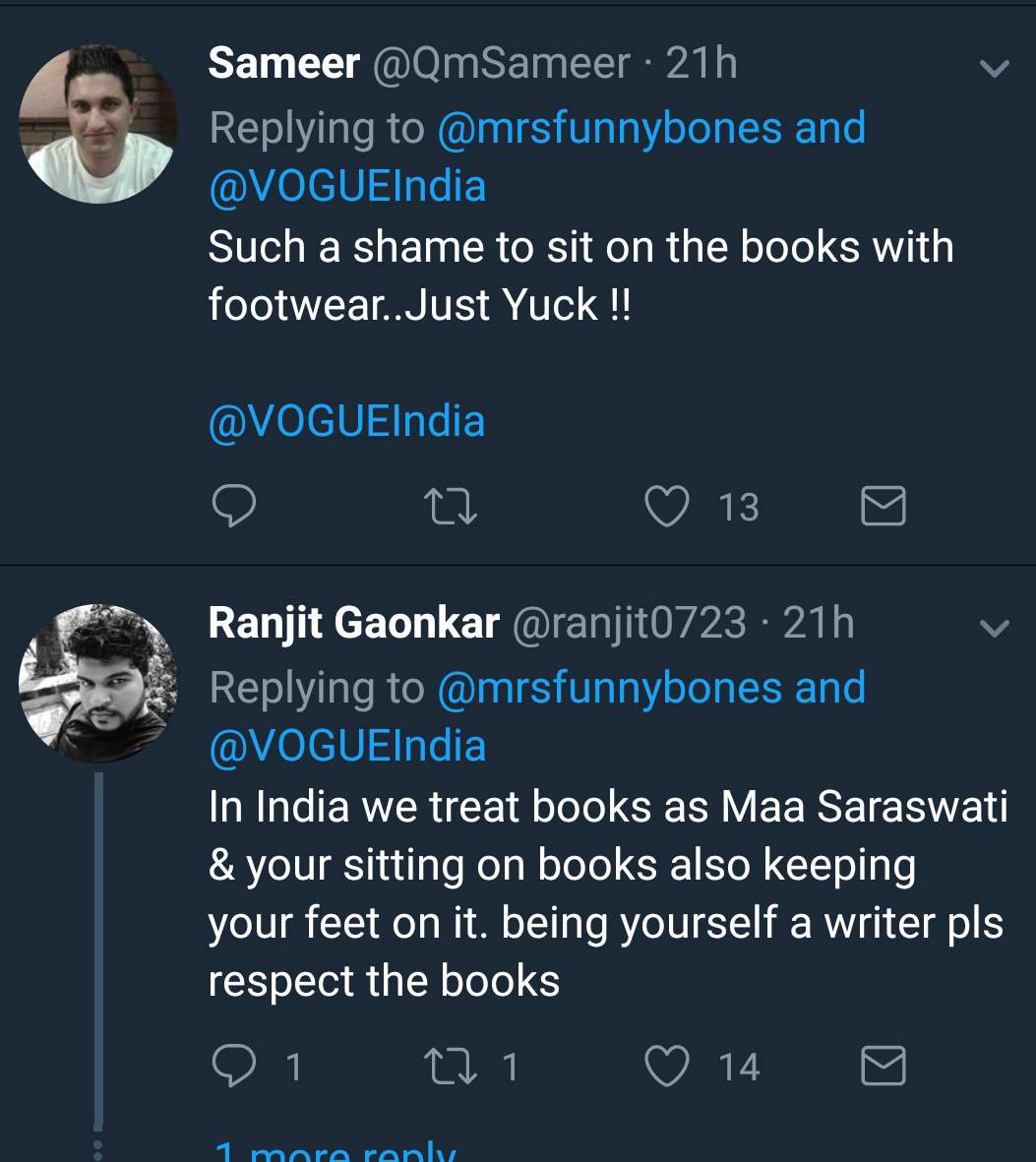 Twinkle Khanna has always given fitting replies to her trolls. And like every other time, this was no different. Alot of people were quite angry by the fact that Khanna seemingly had her foot on a book, which infact was a glass table. 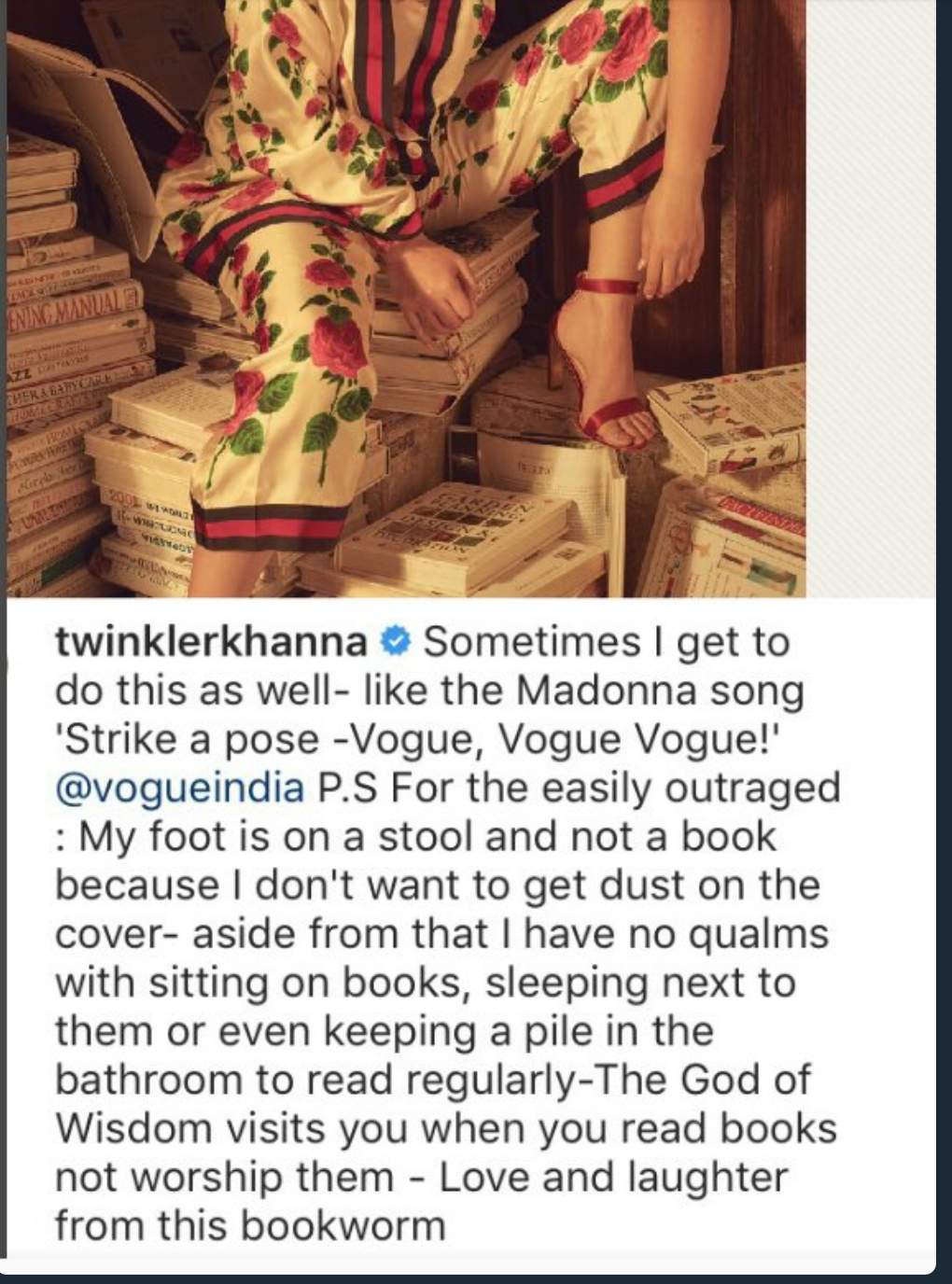