EXCLUSIVE INTERVIEW: Benedict Cumberbatch on why Tony Stark is a 'complete jerk'

What did you think about getting the call to do “Infinity War”?

A: I was so thrilled with the way that the first film went down, and to think then I’d be part of this amazing assembly, this sort of new wave and just combined with the old wave of Avengers, is really exciting.

My first questions were inquiring about what Strange would do and who he was going to be with. I was really thrilled when I heard that a lot of my stuff was going to be with Robert Downey Jr. It makes sense for those two egos. It made sense to set them head to head and try and fuse out of their very strong personalities some kind of coherent collaboration.

Q: Where do we find Doctor Strange?

A: There’s a bit of a leap between who we know Doctor Stephen Strange to be by the end of the first film and this. He comes pretty well equipped in some extraordinary situations in this film. Whereas in the last one, the origin story, he’s constantly chasing near calamity. He's basically defending himself backwards until he gets to a point of the real heroic act. In this one he seems very composed. Even in the worst moments of adversity, he’s the one who’s a step ahead. 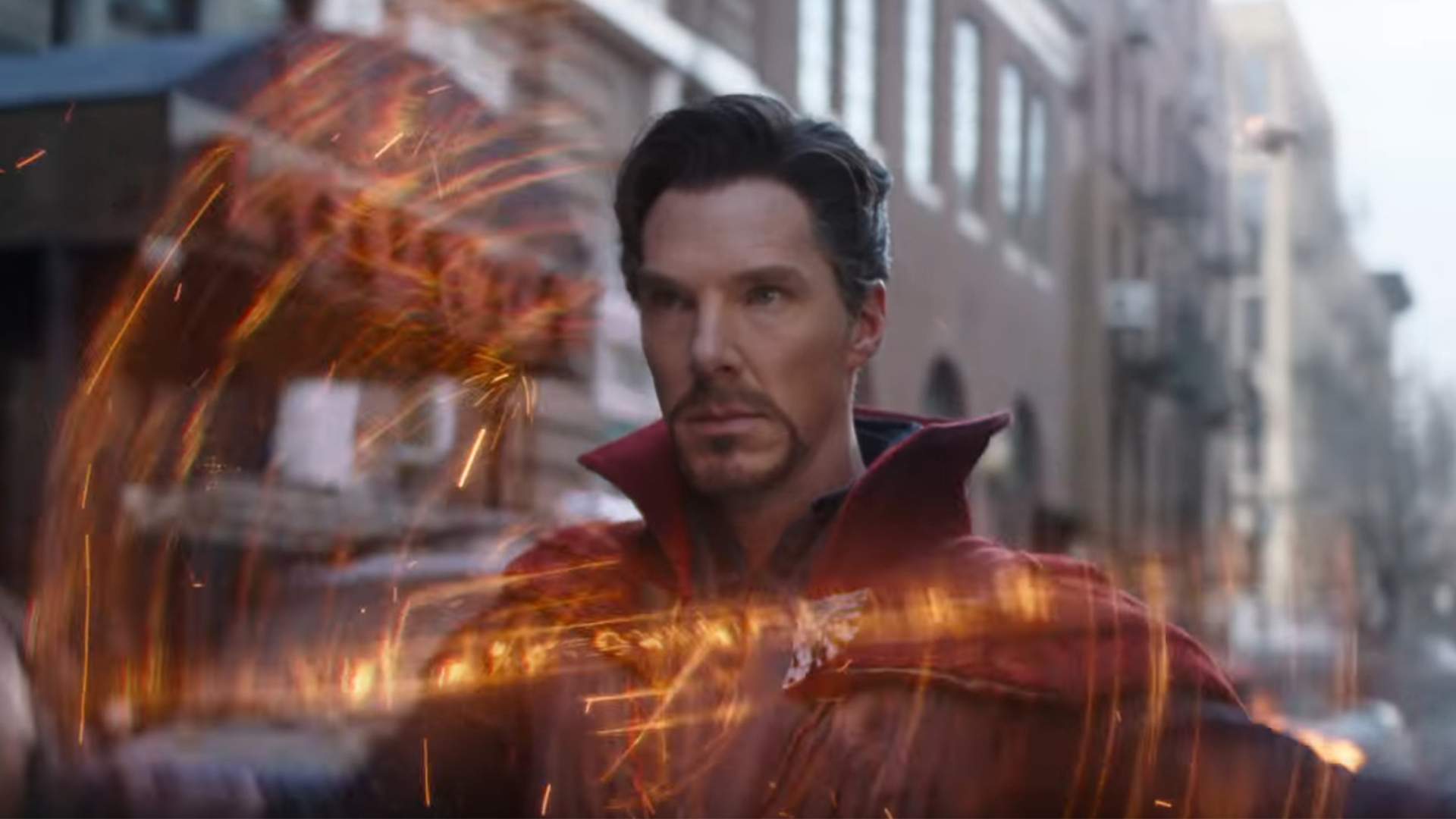 Q: Set up your introduction scene.

A: At the beginning of the movie Wong and Doctor Strange are going about a daily routine when they find out that Thanos is coming. It’s an imminent threat, and they have to assemble Stark and get his help, and hopefully Steve Rogers, too.

Q: Was it nice to have Benedict Wong with you again?

A: Absolutely. Wong, the character, is growing into a sidekick, but Benny and I have known each other for a long time. We just keep looking at each other and pinching each other going, “Mate, I can’t believe this. This is insane.” And it is. It’s kind of crazy for both of us to realize where we are and what we’re doing. So it’s a nice note of reality to have someone that brings the gravity of a known past to you. And, Benny’s created such a good character. It’s really nice to know he’s there.

Q: What does your character feel about Thanos?

A: My character is one of the only characters that truly states what Thanos’ intentions are to him and reminds him in a less highly emotional manner than his daughter does about what is wrong with the idea of mass extinction. Strange feels very, very passionately that this entity has to be stopped at all costs.

Q: What do Strange and Stark think of each other?

A: Initially, I think Stephen Strange thinks that Tony Stark is a complete jerk who is just lost in the idea that he’s his own brilliant answer to everything.  He perceives Tony as this kind of name-calling egomaniac, who’s flippant about the most devastating things going on around him. So there are a couple of moments where he knocks him down. There are other moments where he just stands there taking all this kind of adolescent rage and impotent ego into play. But I think through adversity a lot of mutual respect, feeling and understanding evolves. They’ve gone on a journey together by the end of the film. 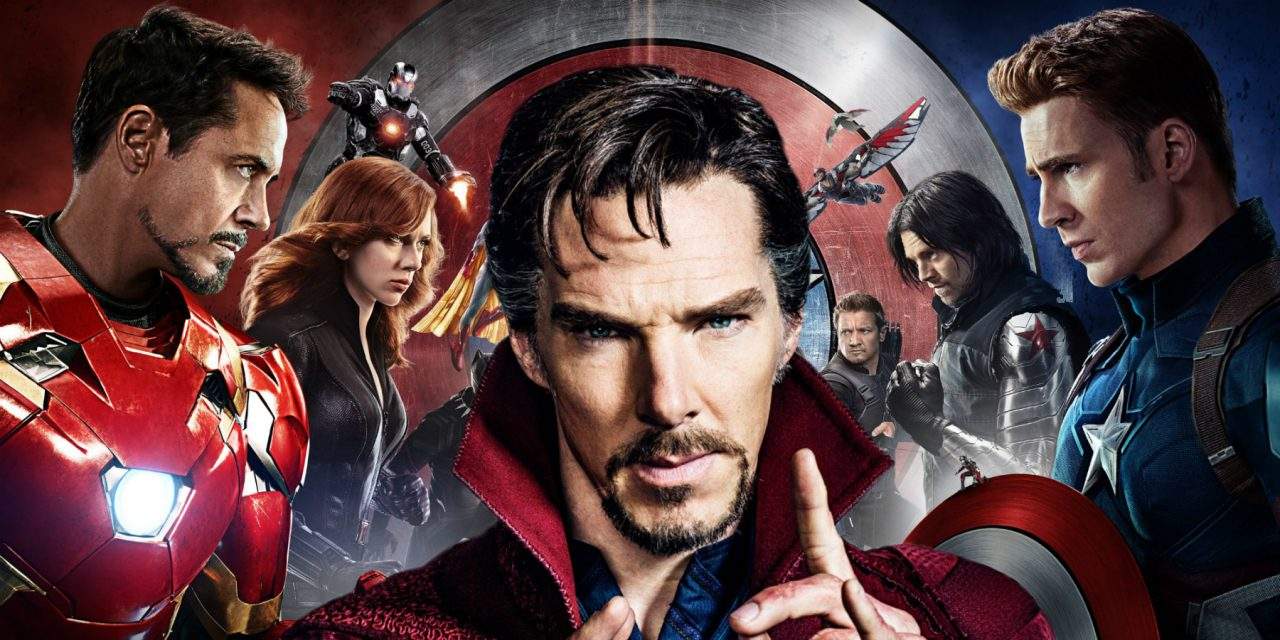 Q: Were there any actors you were excited to work with?

A: I was really excited about working with Robert Downey Jr. and Chris Pratt. Also Tom Holland, because I’ve worked with him before, and we got excited about this potentially bringing us together.  Actually, I had a bit of a bucket list. It was just great. All of them are exactly the kind of people you want to be working with. Funny characters who are very true, very strong, very full of themselves, and good at what they do.

Q: Talk about working with the Russos.

A: Working with the Russos is a real joy. They are so fast. They’re sort of grandmasters at operating the puppet strings on a meta level but also coming in for really micro detail and making you feel confident about your choices. All these things are in play that have been worked on for years, whether it’s plot lines or costumes or character development or set builds or just getting us in a room schedule wise. But on the actual day it’s very loose. You’re kind of playing. I’m kind of an old-fashioned English actor who comes from the canon, so I like it when it’s on the page and a lot of it is, but a lot of it on the day is thrown out the window. You just try and better it. And that’s really great to do with them. They make you feel very confident about your choices and how they’re going to affect that moment, the one before, and the one after. So they’re brilliant. They’re very fast. They’re very smart. They’re very funny. They know the characters really, really well, and, most importantly, they know exactly what they want to get out of them for this story.

Q: What were your thoughts when first watching “Iron Man”?

A: I remember watching “Iron Man” and thinking that it was great and that one of my favorite actors was going to be in this successful franchise, Robert Downey Jr. I recall thinking how brilliant the character was but that I really didn’t know the character at all. I’m very vague on comics as I didn’t really grow up with much outside of a few English comics.

The heat of what was going on in the world was reflected in the film, which has continued in the others. “Iron Man” was kind of a win-win. Little did I know it would just be the beginning of everything that then evolved into what it is now.  And little did I know I’d ever be part of that.

Q: What is the secret sauce in this universe to remain to popular?

A: That’s really simple. It’s Kevin Feige. He is a studio head who is a producer and a business leader who is a fan boy, who knows the industry, who has basically been the taste monitor of all of these films. He allows artists from outside of the comic realm to come in and influence the films with their vision for these characters and these stories.  He’s given them enough free rein, while maintaining a house style, for it to evolve. So every film seems to plus the one before. To me, that’s the secret to Marvel Studios’ success. But the reason why they’ve been able to do that I think is Kevin, with his approach to who he hires, how he hires them, what he lets them do, and also how he contains it within the Marvel style. It’s a very particular world, but he’s the master of it.

Q: Is it fun to dig into more of an emotional arc with heart?

A: Absolutely, so that you have some real-world problems amongst the superhero problems, which are less relatable sometimes. Whereas someone who’s giving up contact with family or loved ones or who’s dealing with an attraction that can't happen in the workplace or who’s dealing with the loss of someone is much more relatable to people. The more real the dilemmas are the more you care about the jeopardy that these characters endure. And the outcomes are more dramatic, obviously. You invest. So the losses are bigger as an impact on the audience as well as the fellow characters.

Q: What do you enjoy the most about coming into this world?

A: The thing I enjoy most about it in comparison to the other mediums that I work in is that actually it is all the fun of the fair. It’s all the things at your disposal. You can work with a stunt team that’s world class, and you can work with trained martial arts experts, wire teams that have been doing it for 30-odd years, choreographers and movement experts. And then you get to amalgamate this character through that and the costume and the input of makeup and brilliant makeup designers like my makeup designer, Donald McInnes. It’s a collaborative thing. When you’ve got that many people pooling their resources and talent together it’s really something to enjoy. There’s still pressure on you to manifest all that stuff and make it one coherent whole, but you get a lot of help getting there, and that’s exciting.

Even seeing the storyboard artwork, when I was trying to get my head around who Stephen Strange is, was a massive leap in imagination for me to get to where I needed to get to as an actor inhabiting him. So those things are really enjoyable. And the sort of shift in scale. The fact that you can go from a really talky, five-page scene to then having a one-page action scene that lasts like for a month because it’s some reverse time night shoot in Hong Kong where buildings are being rebuilt rather than destroyed. The fact that you get to do some really cool scenes with really extraordinary actors as well as all the action and stunt stuff is a really enjoyable mix.

Q: What do you think of Josh Brolin’s portrayal of Thanos?

A: Thanos has been building for a while now. So Josh’s work as him is phenomenal. It is amazing to see what Josh has done with that role. It’s really chilling and has a great deal of presence and power. I think people will get a real kick out of seeing what Thanos is trying to do in this film and how we attempt to bring him to a full stop.