It is not easy being a first responder, and it is even tougher playing one on screen. But for Oliver Stark, playing a firefighter/emergency responder on 9-1-1 is just another day at work. His character, Evan ‘Buck’ Buckley, referred to as Buck, is as complex as they come. While on one hand, he is rescuing people stuck on roller coasters and putting out fires, on the other, he is battling his own personal demons, including a complicated relationship with an older woman named Abby Clark (played by Connie Britton).

Stark, however, thinks of Buck as a strong and compassionate character. “I don’t think I have ever played a good guy before, or even smiled on television so genuinely. I didn’t realise it at first, but I was enjoying playing the good guy for a change,” he says. It was his co-star Peter Krause (who plays Bobby Nash), who helped him come upon this realisation. “He said to me, ‘Doesn’t it feel nice to be playing a good guy, one who is helping people?’ First responders are people with a lot of heart who run towards the danger that everybody else runs away from. And they put their lives on the line,” Stark adds. 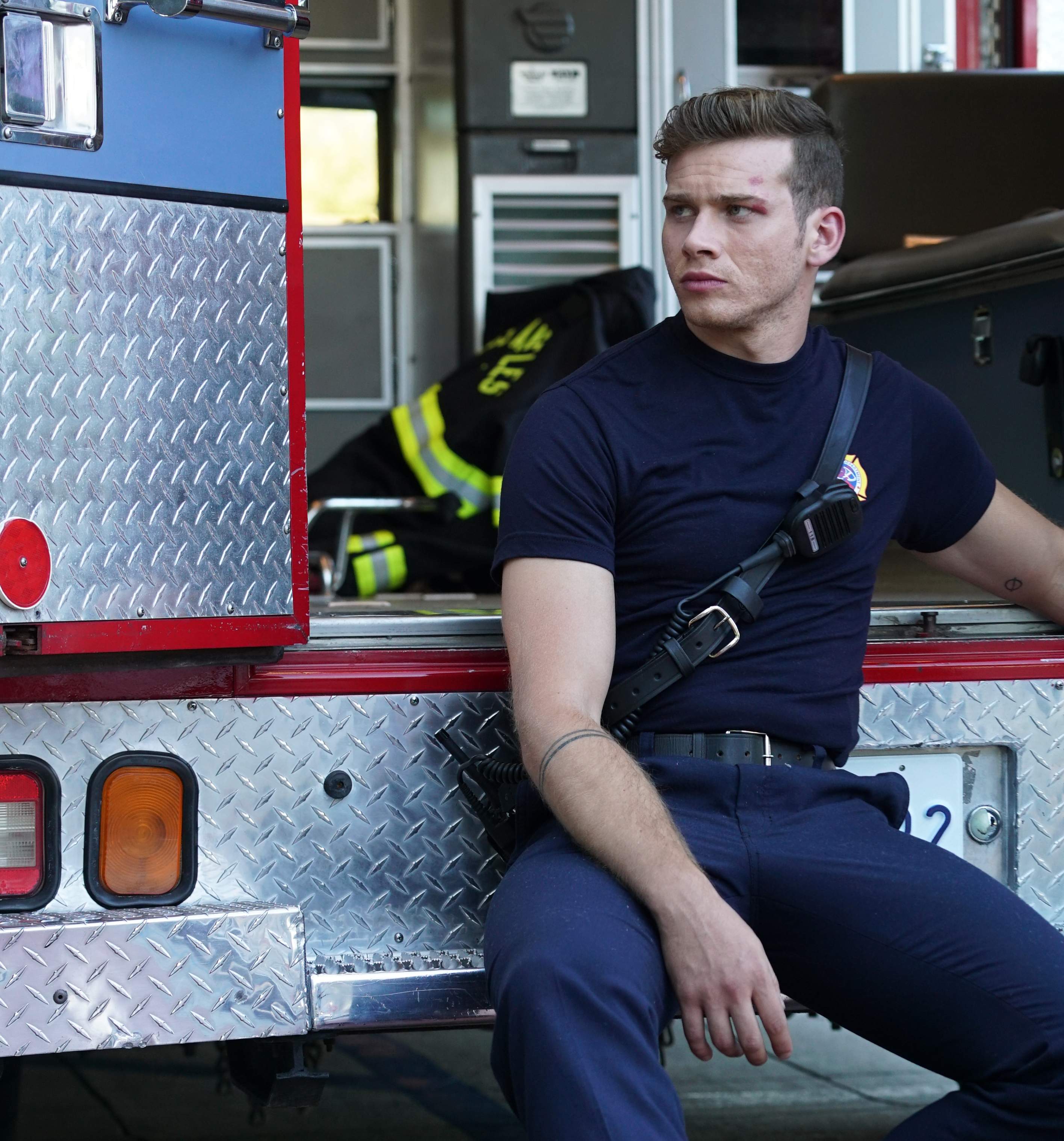 9-1-1, created by Ryan Murphy, Brad Falchuk and Tim Minear, focuses on first responders (firefighters, EMTs and doctors) and is different from other medical dramas on television. “It doesn’t feel like I’m shooting a procedural. As we go on, the character arcs intertwine more and more. It feels like a TV show about these people. We also get to see these really cool emergency calls that they go on, whether it is a dead baby or a cat stuck up in a tree. It is like two opposite ends of the spectrum, but whatever it is, these guys have to go,” the British actor elaborates.

Stark, who has played an American character before in Into the Badlands says that the biggest compliment he has received is when people tell him, “I didn’t know you were British.” The actor has taken quite a liking for America and considers his co-star Peter Krause as a mentor. “If I’m struggling with something, I’ll go to him and ask him questions. Plus, he is an incredibly talented actor, and I’ve learnt so much from him.”

One of the most talking points on 9-1-1, of course, is the storyline between the 26-year-old Stark, and 51-year-old Britton, who plays his love interest, Abby Clark.“It is refreshing to see such a storyline on television because it’s not explored enough. But it is a relationship that does happen in real life.

The fact that we’ve gone down that route and it’s not felt forced is great. It’s nice how people have responded to it,” he says. Ask him if he would date an older woman in real life, and he cryptically responds with, “This question wouldn’t be asked if the man happened to be older than the woman.”